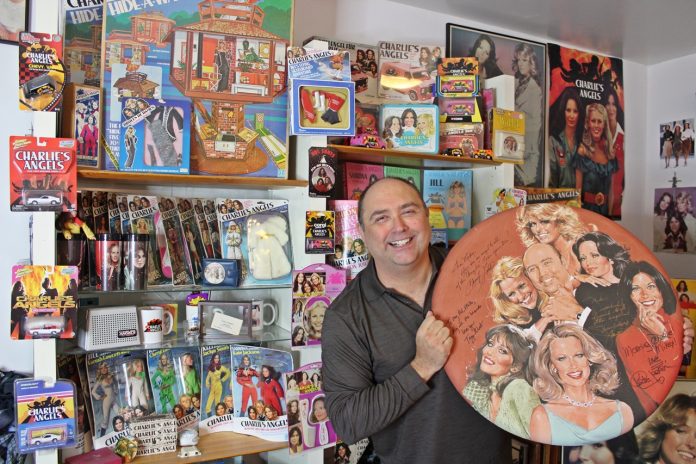 Cheryl Ladd, who played Kris Munroe on the series from 1977-1981, has been an ambassador for Childehelp for ever 40 years. Ladd is unable to attend the event. In support, she has pre-signed 48 8×10 photos, which will be on sale for the charity. The money raised from the 8×10 and entrance will alsobe donated to Childhelp USA. Each 8×10 will be numbered and will come with a 4×6 photo of Cheryl Ladd with the photo for authenticity. There are only 48 photos available so come early.

*** NOTE: ACTRESS, CHERYL LADD WILL NOT BE IN ATTENDANCE AT THE HOLLYWOOD SHOW****

Don’t miss this is a great opportunity to take a look at the original series again through the collection of Angelologist, Mike Pingel (www.mikepingel.com), the man who knows all about Charlie’s Angels. He has penned two books on the Angels, and has one of the largest Charlie’s Angels Collections in the world. He is also the owner and webmaster of CharliesAngels.com where for the past 24 years, Pingel has shared updates and news of the stars of the show to the world! 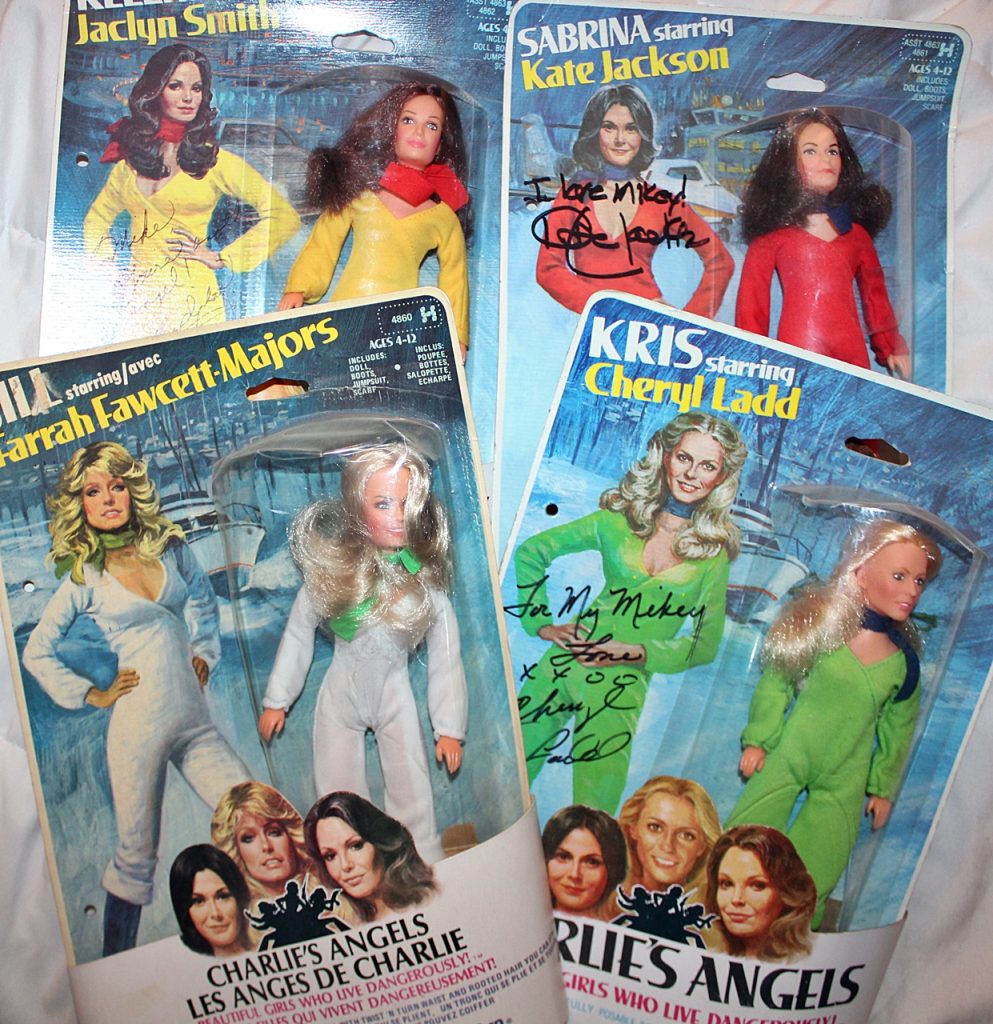 Charlie’s Angels premiere in 1976 and made over night stars of Farrah Fawcett, Kate Jackson and Jaclyn Smith. The series became a worldwide hit and was pegged as “Jiggle TV” do to certain things that bounced on the show. The series include a few cast changes, which replaced Angels Cheryl Ladd, Shelley Hack and Tanya Roberts. It broke barriers and made over-night-rock stars of the stars of the show stars.

Angel Fun Facts:
· Charlie’s Angels ran for five seasons on ABC-TV from 1976-1981.
· There are 109 episodes of Charlie’s Angels.
· The show was in the top 15 for the first three years of the series.
· Kate Jackson was the shows original creator/idea.
· ABC-TV aired the first episode of Charlie’s Angels titled “Hellrider” on Sept 22, 1976.
· Farrah Fawcett was on the series for only one year.
· After the court case, Farrah Fawcett was obligated to return to the show for a total of six episodes in 1978 (3 shows) & 1979 (3 shows) seasons.
· Cheryl Ladd replaced Farrah Fawcett in 1977.
· Kate Jackson left the show in 1979 and was replaced by Shelley Hack.
· Shelley Hack was on the show for only one season.
· Tanya Roberts replaced Shelley Hack in 1980.
· The final episode is titled “Let Our Angel Live” in 1981.

There have been two major motion pictures with a new reboot hitting theaters in November 2019.

A new trio of Charlie’s Angels is set to hit the silver screen later this month on November 15, 2019. The new film will be directed by Elizabeth Banks, and stars Kristen Stewart, Naomi Scott, and Ella Balinska – working for the mysterious Charlie. In the new film, the Townsend Agency has gone global, providing security and intelligence services to a wide variety of private clients with highly-trained teams worldwide – that is, multiple teams of Angels, guided by multiple Bosleys. 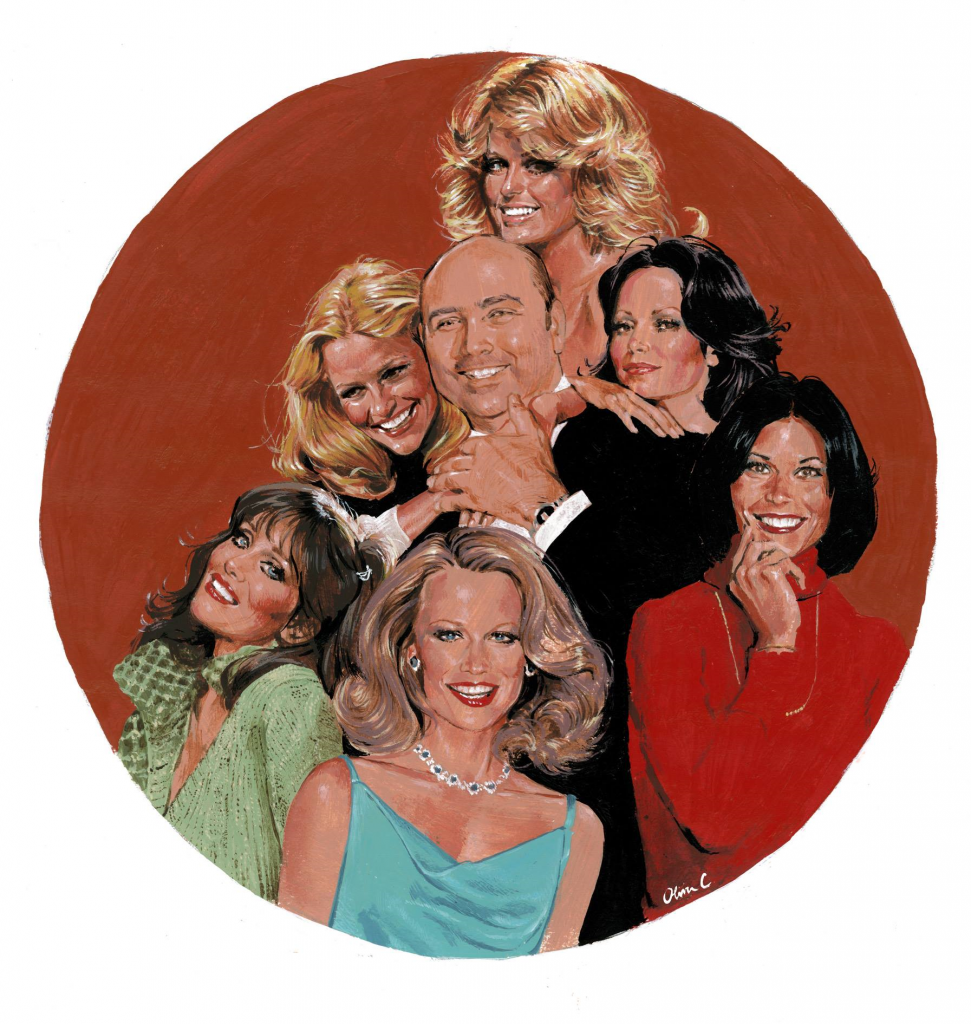 His collection includes over 1,000 Angel items. This includes rare items of the original Harry’s Angels script, a Charlie’s Angels pinball machine, Cheryl Ladd’s character, Kris Munroe’s business card, one of Jill’s car license plates, Farrah’s sunglasses (not from the show), a tin the cast gave to the crew, to a long list of Charlie’s Angels dolls, dresses, puzzles, games, trading cards, make-up sets, and so much more!

Pignel was Farrah Fawcett’s assistant for 2 years (2005-2007). He is currently the webmaster of www.cherylladd.com and www.tanyaroberts.biz. He has also been a consultant for many of Sony DVD Entertainment’s Charlie’s Angels dvd releases.

Pingel created, www.CharliesAngels.com which premiered on the Internet in October 1996, and was quickly picked as site of the day on both Yahoo!com and WebTV. Since 1996, the site has updated fans on the current works of the heavenly actress and everything Charlie’s Angels.

Pingel was called upon during the preparation for the 2000 Charlie’s Angels movie for some consulting with producers Leonard Goldberg, Drew Barrymore and director, McG. Pingel even auditioned for the boyfriend of Natalie (Cameron Diaz’s character) for the first film version of Charlie’s Angels. He can be seen on the release of Charlie’s Angels: The Complete First Season on DVD (Columbia/TRI Star) in the bonus featurette “Angels Forever”

The Hollywood Show is owned by entertainment industry veteran David Elkouby and his wife Ester. It showcases actors, writers, performers, collectors and celebrities coming together to meet fans and autograph pictures and merchandise. There are over 90 celebrities, including Lee Meriwether, Charlene Tilton, Linda Gray, Morgan Farichild, Patrick Duffy, Greg Evigan, Tracy Gold plus cast reunions of Dallas, Star Trek cast members, the women of Two and 1/2 Men, Charles in Charge and there will be Martin Landau Estate Sale. For info visit: http://hollywoodshow.com.