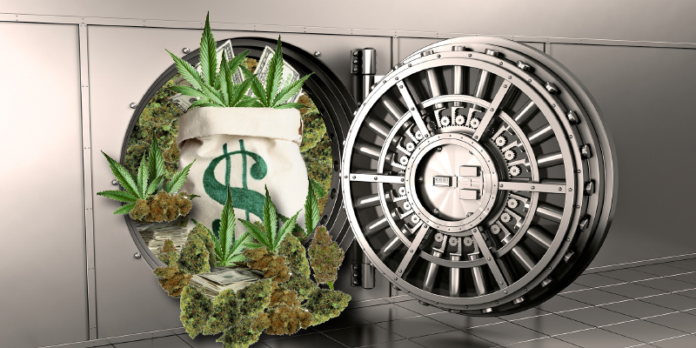 State Treasurer John Chiang released a report this month outlining steps California can take to address the lack of banking services that force much of the cannabis industry to operate in cash.

“It is unfair and a public safety risk to require a legal industry to haul duffle bags of cash to pay taxes, employees and utility bills,” said Chiang. “The reliance on cash paints a target on the back of cannabis operators and makes them and the general public vulnerable to violence and organized crime.”

The Treasurer’s report comes two months before California begins a new era by legalizing the commercial sale of recreational cannabis on January 1, 2018. Voters overwhelmingly sanctioned this new industry in 2016 when they passed Proposition 64.

Legalizing adult-use cannabis is projected to generate annual sales exceeding $7 billion and an estimated $1 billion a year in tax revenues.

The findings in the detailed study released Tuesday were distilled from six public hearings of the Treasurer’s 18-person Cannabis Banking Working Group, whose members included representatives from local and state government, the cannabis industry, financial institutions and law enforcement.

The recommendations seek to provide cannabis businesses with basic banking services, such as checking accounts and credit cards, available to other entrepreneurs. But a clash between state and federal law could cripple California cannabis enterprises before they get up and running, or force them to operate outside the law as participants in a wild west underground economy.

The conflict is being driven by federal law, which still lists cannabis and many of its byproducts as Schedule 1 controlled substances akin to heroin and LSD.

The goal of the Treasurer and Working Group has been to turn underground enterprises into legal, regulated businesses.

To that end, the report details the legal roadblocks to cannabis banking and provides a thorough review of strategies aimed at overcoming those barriers, along with their pros and cons.

It also contains a list of questions that both government and private industry stakeholders can use when interviewing vendors who promise they have a failsafe panacea.

“Based on projections that cannabis industry growth could rival that of the dot-coms, the new Gold Rush is attracting innovative entrepreneurs as well as snake oil salesmen promising to unlock banking access,” said Chiang. “The reality is that a definitive, bullet-proof solution will remain elusive until the federal government removes cannabis from its official list of banned narcotics or Congress approves safe harbor legislation protecting banks that serve cannabis businesses from prosecution.”

Given that 44 states have already legalized cannabis in one form or another, it is only a matter of time until cannabis businesses have normal access to banking services.

But that is not an excuse for inaction. Today’s report lays out a series of steps, each one of which involves greater access to banking services and better mitigation of public safety risks. They include: