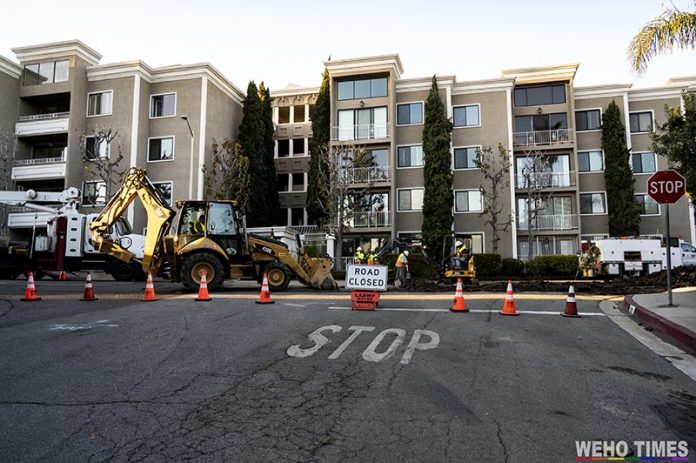 A broken water main in the early hours of the morning shut down Fountain Avenue and Hacienda Place the entire day in West Hollywood. According to reports, Los Angeles Department of Water and Power crews have been working nonstop to fix the problem, which flooded a number of parking garages down Hacienda Place. Hacienda Place is also closed to moving traffic sound of Fountain Avenue to Holloway Drive. 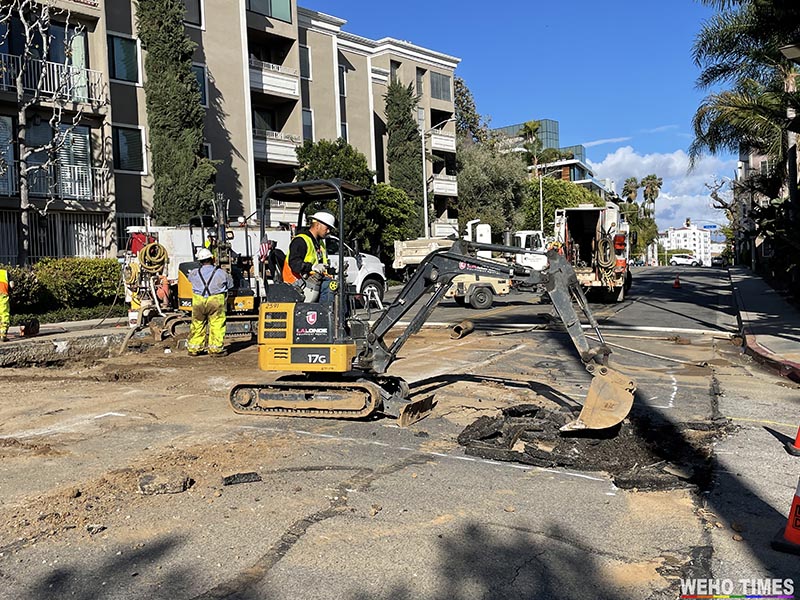 This morning at 1:18am our station received calls of a water main break at the 1100 Block of Hacienda Pl.

Please pay attention to the road patterns and closures at Hacienda Pl and Fountain Av and slow down since the streets are still wet. #waterbreak #flood pic.twitter.com/N1RRBPC0KC

A resident at Hacienda Place tells WEHO TIMES he knew something was wrong when the water pressure was very low at roughly 2:00 a.m. It wasn’t until later that he learned of the broken water main which shut down his street to the flow of traffic. He says some of his neighbors have cars that are now ruined due to heavy water damage.

Neighbors gathered to look at the aftermath late afternoon. The apartment at 1156 Hacienda Place had to have the water pumped out of its garage. There was still a large puddle in the property at around 5:30 p.m as well a thick layer of mud by the main entrance of the apartment where water was trapped as it flowed downhill.

Scene from this morning’s flood from a broken water main on Fountain Ave and down Hacienda Place. Videos by Barbara Mayo and Chris-Allen Matsumoto. #wehotimes #wehocity #weho #westhollywood #wehonews pic.twitter.com/1w0clduWDq 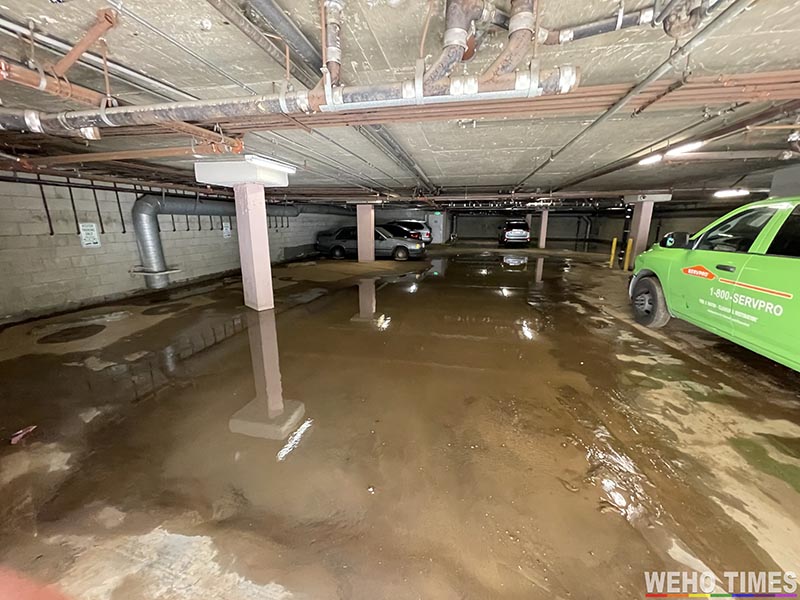 “I have a small Miata that was almost completely submerged,” said one neighbor. “The landlord is saying they are not responsible the water damage to our vehicles, but that can’t be right. They better have insurance that will cover the expenses to the damage to my car.” 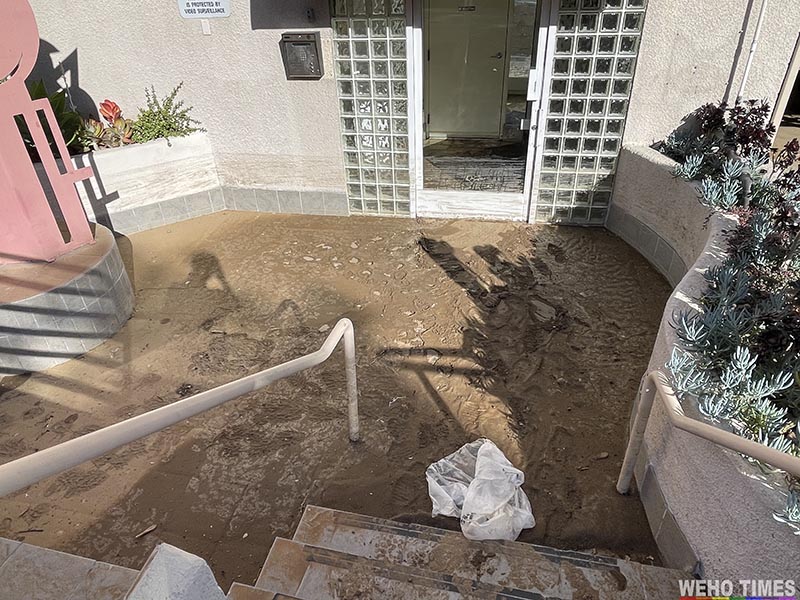 “Heads up#WeHo,” reads a tweet on the city of West Hollywood’s official Twitter account.
Due to @LADWP repair work, please avoid the area near Fountain Ave and La Cienega Blvd. Lanes on Fountain Ave just east of La Cienega are closed in both directions.”

It is not yet clear what caused the water main to break, but it looks like work will continue throughout the night.

I used to live in the building in the first photo