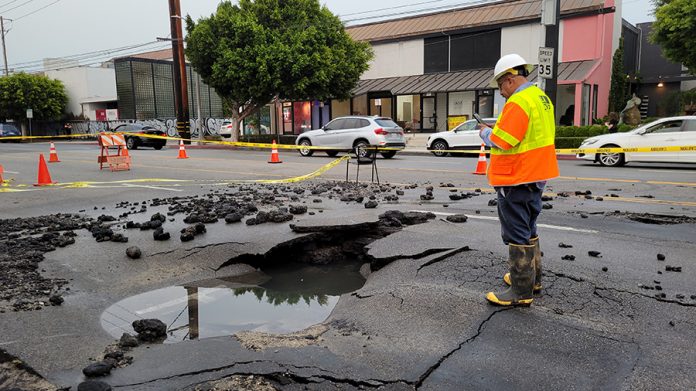 At roughly 5-5:30 p.m., a broken water main burst through La Cienega Boulevard just north of Melrose Avenue. The water burst was so strong that it ripped a gash through the paved road and sent debris flying by the crater.

“The force of the water was incredible,” said eyewitness Fernando Rojo, who was stuck in traffic as they shut down the street. “It was like a volcano erupted or something out of the ground. I’ve never seen anything like it.”

He was redirected down Melrose Place and onto Melrose Avenue. 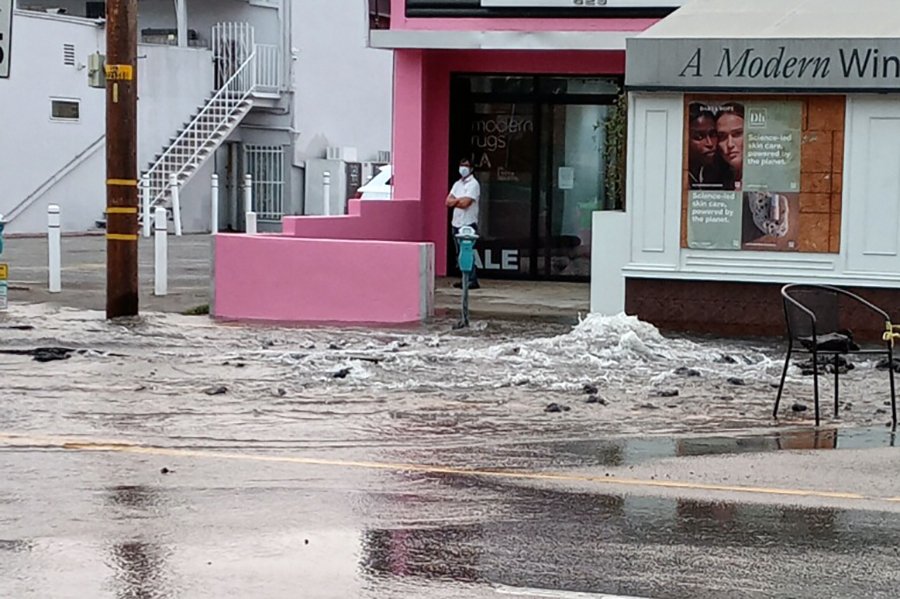 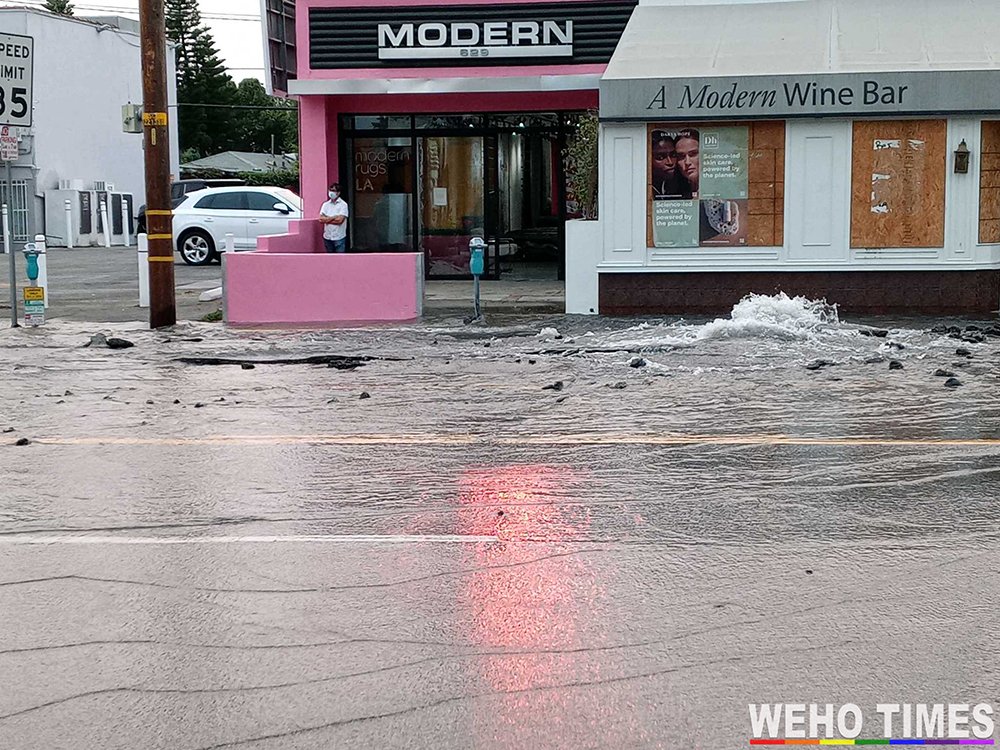 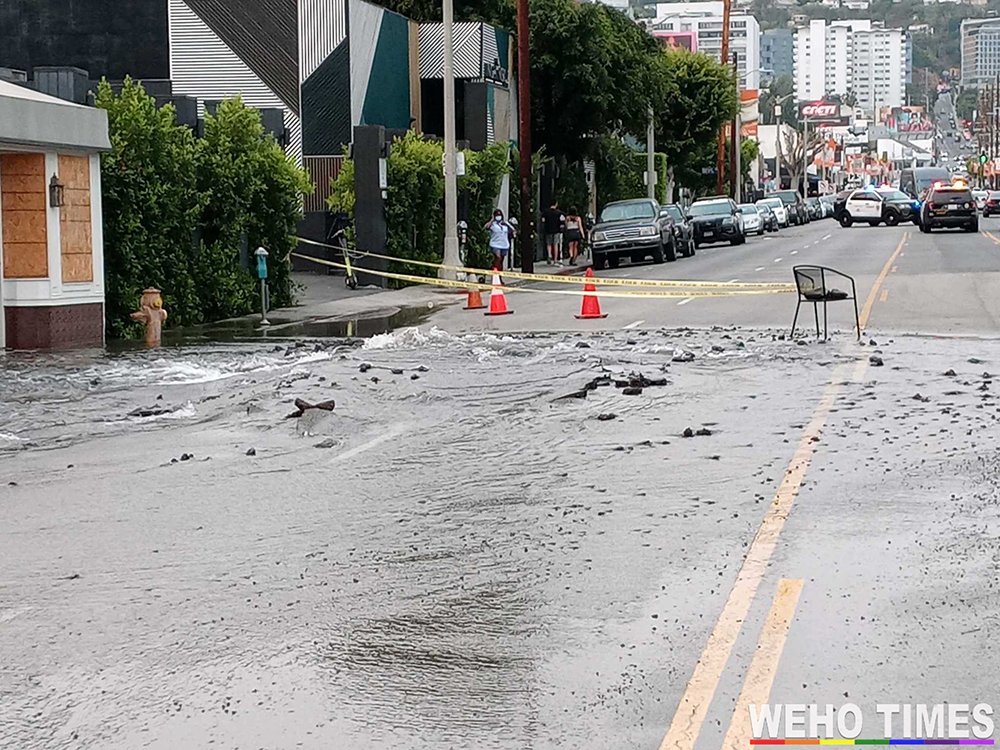 West Hollywood Sheriff’s were also on the scene helping direct traffic. La Cienega will most likely be closed off for several hours due to the damage to the street. 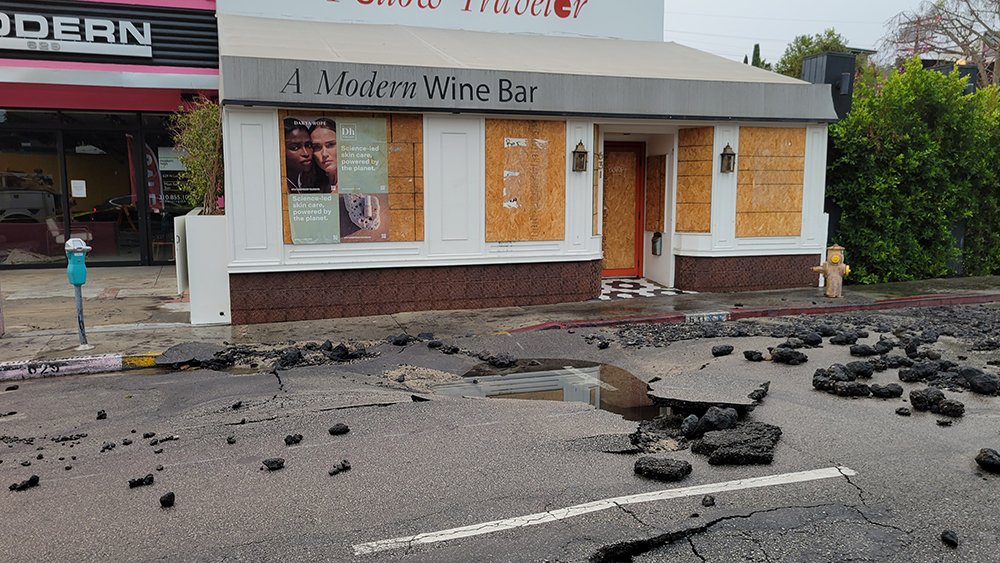 The broken water main happened during a time when the community is being advised to conserve water due to an ongoing drought in California. According to reports, when water is not being used as frequently, it tends to create a pressure on the pipes which often times causes them to burst.

The City of West Hollywood is encouraging residents and businesses to voluntarily reduce water use to help preserve the region’s water storage reserves in response to extreme drought conditions impacting California.

While no Southern California counties are yet under the state’s emergency drought proclamation, Gov. Gavin Newsom in July 2021 called on all Californians to voluntarily reduce water use by 15 percent and this year is shaping-up to be historically dry. More than half of the water used in Southern California is imported from the Northern Sierra and the Colorado River. Both of those sources are facing severe drought conditions; crucial storage reservoirs have never been lower.

La Cienega is open heading north. Those heading south should avoid the area if they can.