Britney Spears fans and supporters hit Santa Monica Boulevard with a Free Britney March to bring awareness to the pop star’s courtroom battle to regain control of her life over her father’s conservatorship. Britney advocates also called for an end to conservatorship laws that affect other Americans.

Back in April 2019, a small group of Britney Spears fans gathered outside of West Hollywood City Hall with calls to “Free Britney” after news that the pop singer was checked into a psychiatric facility.

Signs announcing the Free Britney March were posted all over WeHo. It began at Plummer Park in West Hollywood, moved west on Santa Monica Boulevard and ended at WeHo’s Boystown / LGBT Rainbow District. Some marchers dispersed to Beaches WeHo and Hi Tops bar. Both bars displayed hot pink Free Britney banners at their patios. Some marchers carried their signs inside Micky’s WeHo. 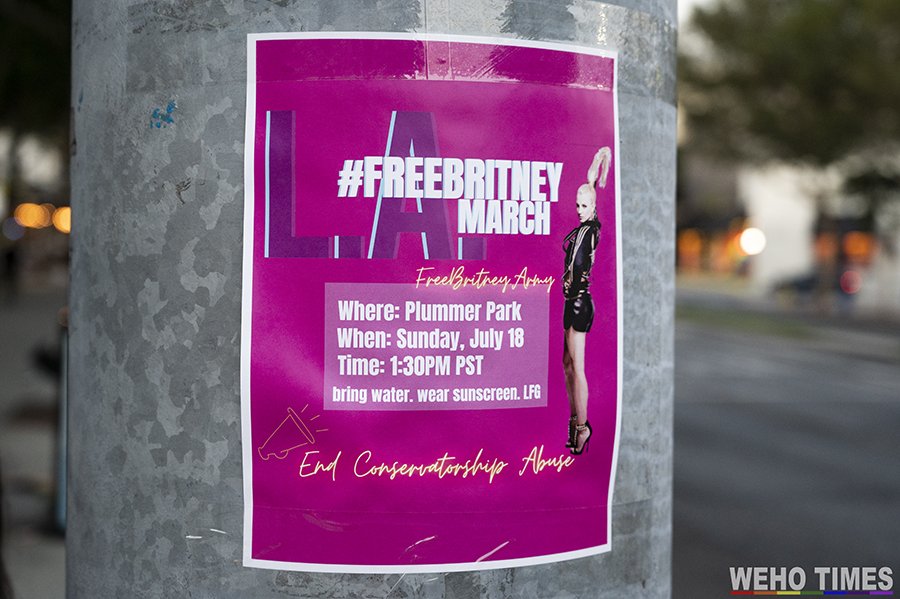 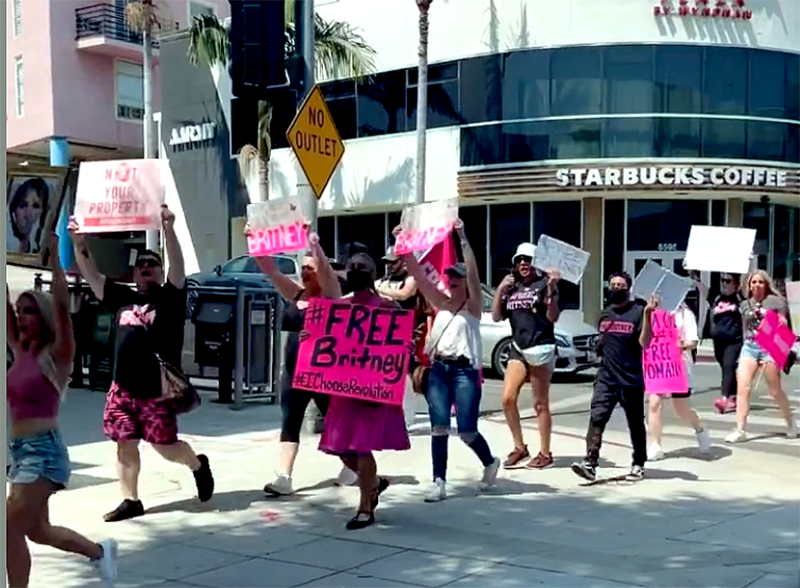 “I’m here to support Britney, support her cause and condemn conservatorship,” marcher Antonio Negrete told WEHO TIMES. “Where else in the country would you see a march asking to free Britney other than California and Los Angeles? It’s what makes us unique and dynamic. We’ve been following the story and we hope this helps to free Britney.”

“Huge shoutout to all the advocates who marched today,” reads an Instagram post by @freebritneyla, which helped organize the event. “Together we can affect change! ✨. Join us tomorrow as we rally during the hearing to review conservator Jodi Montgomery’s request to pay for security out of Britney’s estate. Monday 7/19 · 3 PM, Stanley Mosk Courthouse.” 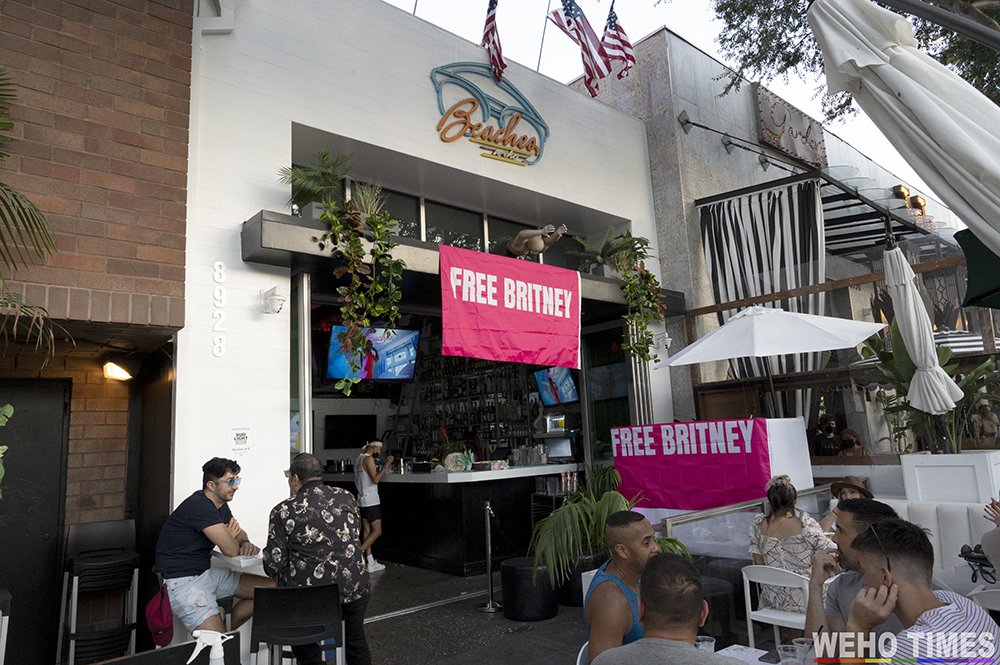 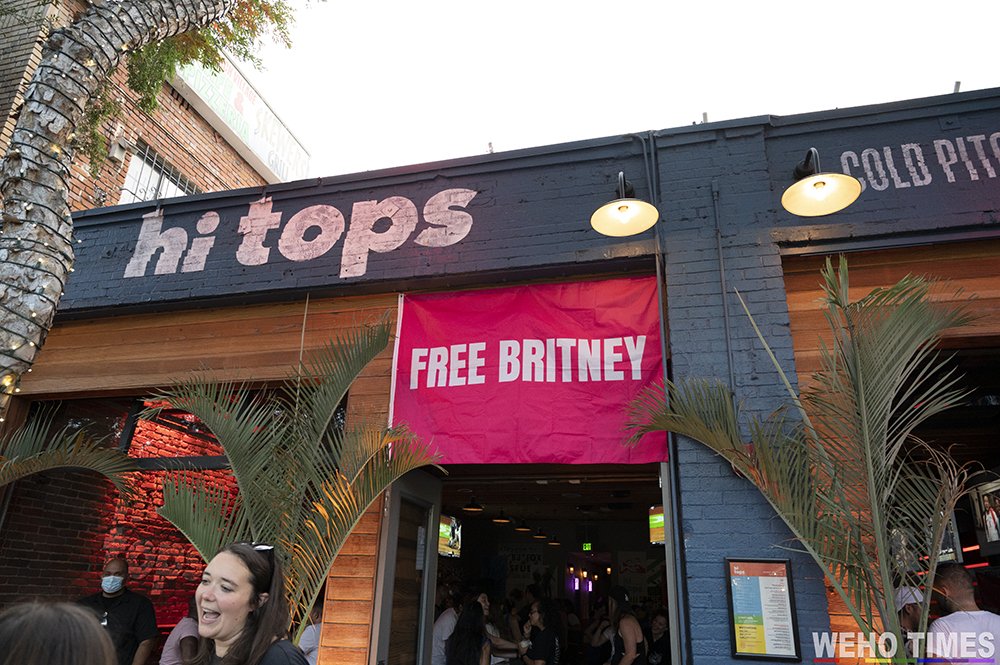 “At Wednesday’s hearing, Judge Penny ruled that Britney can hire Mathew Rosengart as her new lawyer,” reads an earlier post. “She accepted the resignations of court-appointed counsel Sam Ingham, co-counsel Loeb & Loeb, and Bessemer Trust. In an emotional testimony, Britney repeated that she wanted to end her conservatorship without an evaluation and bring charges against her dad for abuse… #FreeBritney 💖”