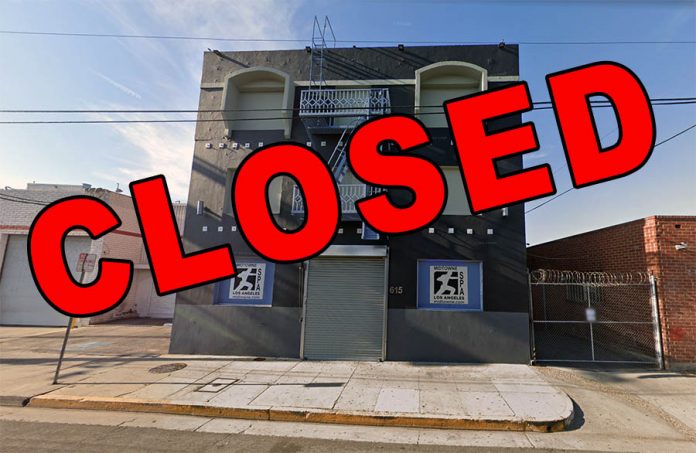 Midtowne Spa Los Angeles has closed with little to no fanfare after servicing gay, bisexual, queer, and men who have sex with men (msm) for the past 50 years. The gay bathhouse located at 615 Kohler Street in Los Angeles was founded in 1972 according to their Yelp page. This is the end of the last Midtowne Spa standing in Southern California and across the nation.

“It’s with great sadness that we announce that Midtowne Spa Los Angeles will be closing permanently on Monday, December 19th at 8:00 a.m.,” reads a special announcement by Midtowne Spa.

A now former employee confirms that the gay bathhouse has officially closed this past Monday, but did not share details on its closure. The closure is not listed on their website as the posting of this article. However, Google now has the location listed as permanently closed. 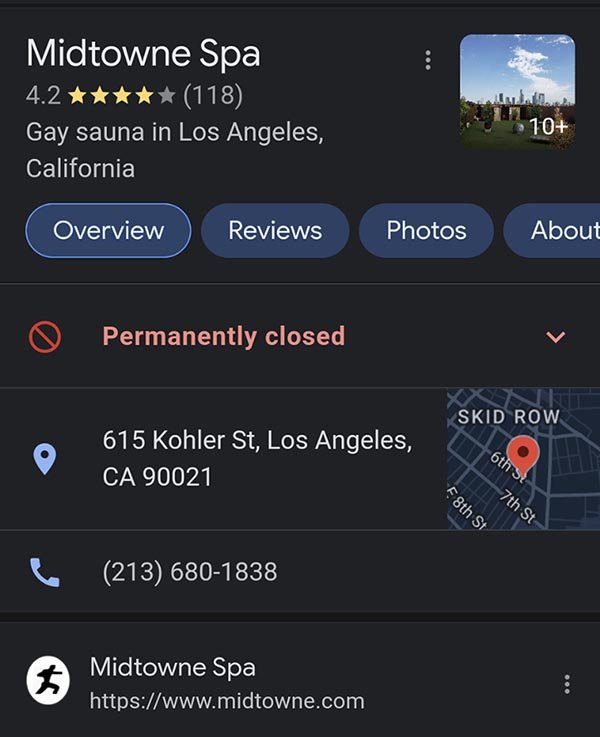 WEHO TIMES reported back on September 20th that Midtowne Spa Los Angeles property, home to the historic sex bathhouse, went up for sale earlier that month.

Attempts to reach management were unsuccessful.

Midtowne Spa owned three properties in Southern California, The Melrose Spa, at 7269 Melrose Ave in Los Angeles, which closed in May 2017, and the 1350 Club at 510 W Anaheim St, in Wilmington, which closed some time in May, 2022 shortly after being shut down by the COVID-19 pandemic.

The Los Angeles location was the last Midtowne Spa standing. The Austin, Texas Location closed in July, 2016. Dallas closed the following year. Midtowne Denver also closed earlier this year. Most of these locations closed with little to no fanfare, upsetting some of their most loyal customers.

A guest credits Midtowne Spa for promoting a clean (as possible) environment and also provided STD testing and free counseling, “It’s not just about STD/AIDS, but the counselors also will talk to people, like gay people just coming out, which is so important for some people who may be reluctant to go to other places,” he said back in September. “This is a safe place for queer expression that will be a loss to the community and also has historic value. The original owner, Marty, really wanted Midtowne to stay open long after his demise as an outlet for the queer community.”

The property is still listed as a prime Downtown Los Angeles Development site by Major Properties. Built in 1914, the land area is listed at 30,160 sq ft with a property size of 22,419 sq ft. The asking price is a reduced $6,500,000. The portfolio would be delivered empty, which was a sign that Midtowne Spa Los Angeles would not survive the sale of the property.

people used to go there now where are they going to?

I was so sad when I knew was permanently closed.

My favorite Bath House was the 8709 located at 8709 west Third Street. A friend of mine used to call the Palace of Fine Arts.

I waited too long to finally check this place out. I went on their last night and it opened my eyes. I wish I had the courage to go years ago, what a special place!

I went once to check it out and it was in SKID ROW. And this was before society really went south. If I don’t feel safe in WEHO anymore do you really think I will go to skid row after dark? Add covid and you can see why it went under 🙁

Not everyone is as scared of their own shadow as you. The simple and arguably-sad truth is that bathhouses are an anachronism in the age of online hookups. The fact that any have survived at all is a rather astonishing testament.

Fun times. Last visit, I had a fist in my hole and returned the favor.

Last edited 1 month ago by Mick in Weho
4
Reply

I found that spa reopen