Home News Block Party WeHo – The Gayest Store on Earth is Ready for... 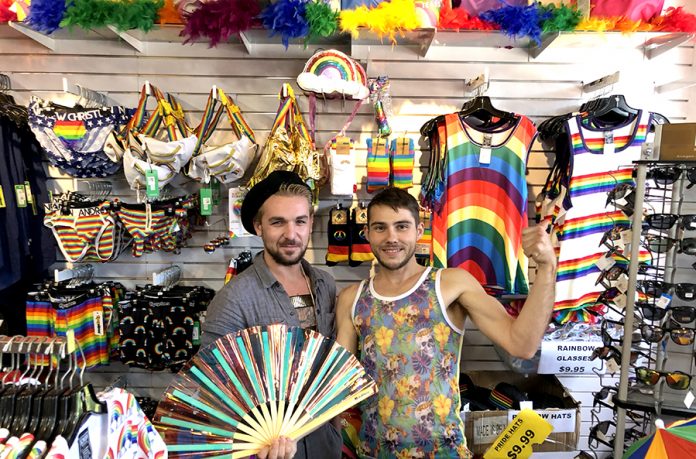 Block Party WeHo, “the gayest store on earth,” is ready to take on the gayest weekend in West Hollywood (second to WeHo’s Halloween Carnival) during LA Pride. The store located at 8853 Santa Monica Blvd, is exploding onto the sidewalk with the pride colors of the rainbow in preparation for the massive crowds that will swarm into the gay retail space in search of pride swag like flags, bandanas, wristbands, hand fans, magnets, rainbow hats, ties, umbrellas, apparel, and so much more, for Pride season this summer.

“This is our Gay Super Bowl,” Block Party owner Larry Block told WEHO TIMES, “It takes months and months of planning to have the right inventory. For example, when I call the lady because I need more Pride wristbands, and ask how many do you have left? When she says 567, we take ’em all! Sometimes it feels like I’m at a poker table and push all the chips to the center of the table to bet on Pride. It’s a good bet, but we need a safe Pride. We try to do our best to run with local designers and work with gay-owned LGBTQ products from all over.” 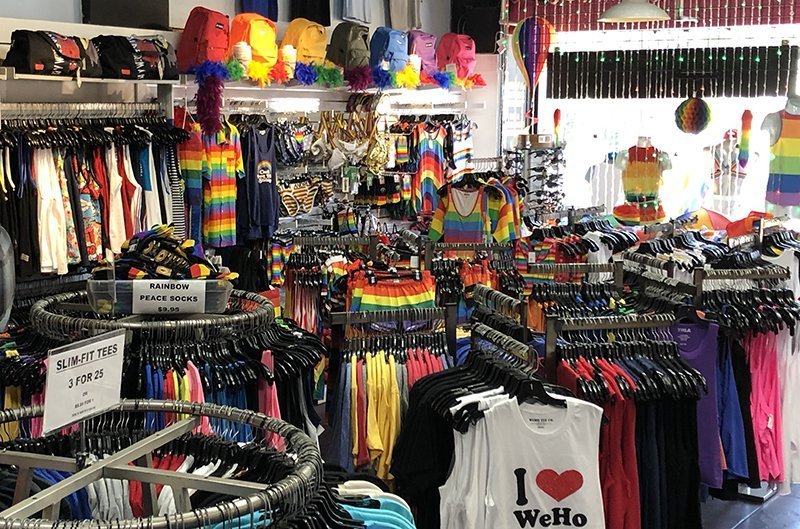 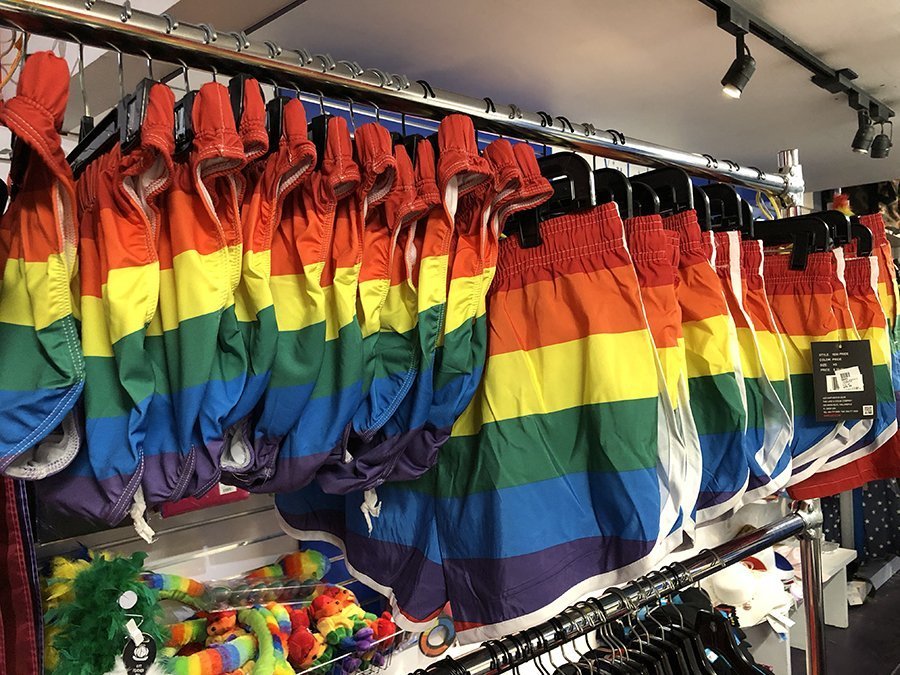 Larry Block, who is a West Hollywood Public Facilities Commissioner, says safety during Pride comes first. This past January, West Hollywood Sheriff officers were vigilant around the store after the location received several calls making harassing and homophobic threats. There was also a recent incident late last month when a homeless person tied the doors of the store shut from the outside, locking the employees in. Add the inebriated patrons that stumble out of Micky’s bar next door, and the store can become a target for unwelcomed behavior.

“Public safety is number one always,” he said. “I just want to approach pride from a public safety point of view and want us to get through to Monday safely and with no major mishaps, because we have the homeless people, we have the shoplifters, we have the crazies and the drunks. We’re sort of in that zone where we sort of open the doors to everybody. It gets rowdy. The crowds start pushing each other when they’re confined to the sidewalks, so I’m very glad the streets are open this year.”

“I have to count on my staff,” he added. “The store is run by a great group of guys. I got to give my staff incredible credit for being excited and making sure that this is the best pride ever.”

“This is my first year working at the store for pride,” said Block Party WeHo employee Sasha, “This year is going to be big because of the 50th anniversary of Stonewall. Pride is always fun. We’ll get to see the crowds and see the way people change it up and show up in costumes. Last year, I saw an amazing group of people dress up in a Dia de Los Muertos theme. We are also surrounded with amazing drag at the store and when people walk into our store, they say this is the gayest place they’ve ever been in.”

The store located in the heart of WeHo’s Boystown, prides itself in being community driven. The sign hanging by the ceiling, which has been up since the day it first opened its doors, defines a block party as the following: “block par*ty (noun) – neighborhood gathering: a place for all people of the same community.” 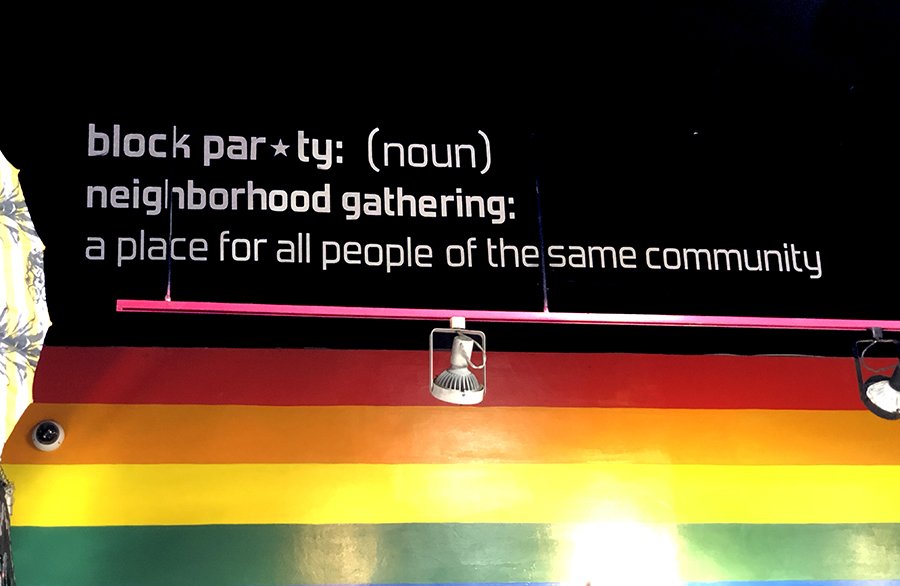 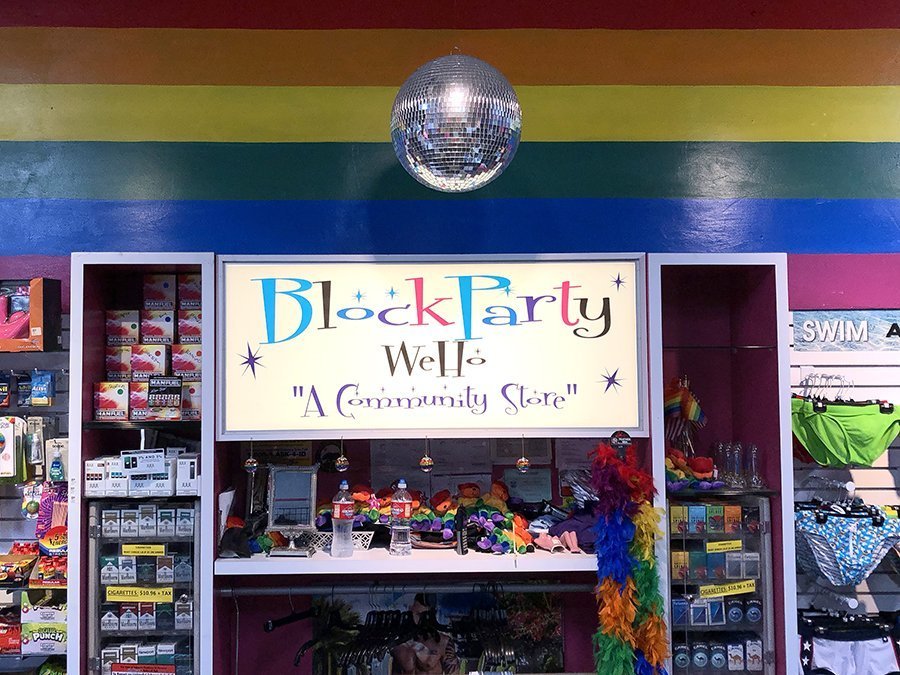 Larry Block says Block Party WeHo is a nod to the Different Light Book Store that used to occupy his space. He sees his store more as a community gathering rather than a store to spreading his namesake. That sense of community is what prompted him to recently launch WeHo Wish, a 501c3 non profit corporation with a goal to bring West Hollywood together residents together. The neighbor helping a neighbor program embodies the spirit of community by granting wishes, hosting a fundraising party and volunteering or donating to help those in need.

Block Party WeHo is coming up on a 10 year anniversary this coming October, a major feat considering the store was on the verge of closing last year, after the lease was up and the Revolver Video Bar next door expressed an interest in expanding and taking over the lease. However, the Revolver deal fell through and Block Party got a new lease in WeHo, allowing it to keep its doors open for many years to come.

“It makes me emotional to think that we are coming up on ten years and about how hard we struggled,” Block said. “We watched Chi Chi LaRue move three times. We saw Showtime close. Three Andrew Christian stores closed. The Addicted store, ES and LA Jock, they all went out. And now Block Party WeHo is the real catch-all for the gay community, where we celebrate pride, we celebrate Halloween, and the store changes like it’s a pop-up store, depending on the season.”

And speaking of change. In recognition of the upcoming 10-year anniversary, the store is in the works of getting a WeHo facelift to bring it into the future. 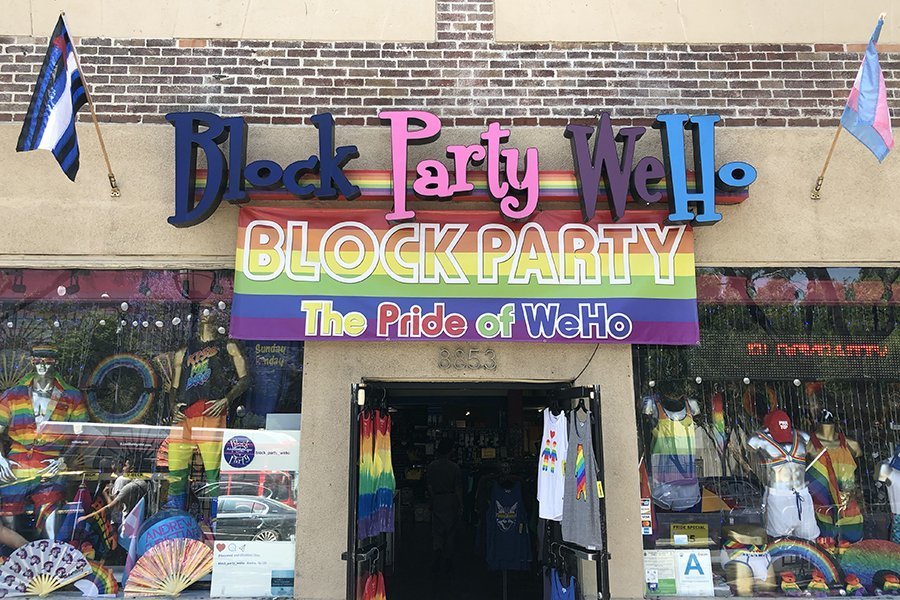 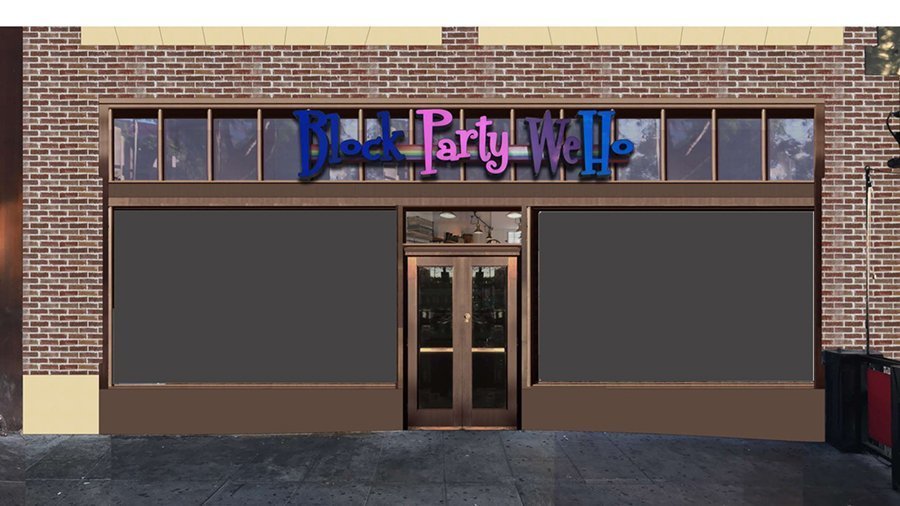 “We’re going to knock out the storefront and we’re bringing the relic of the old gay into the 21st century with a brand new store front and a brand new LGBT energy,” he said. “We’re moving Block Party into the future. We’re working on a coffee bar, so we can create a sober zone within the bars. We’re working on some outdoor seating so people can have a place to go and be part of everything without having to go to the bars. We should be complete with that by spring 2020. Our store front is waiting for City Hall approval and we’re trying to have it happen by our tenth anniversary.”

Block Party WeHo will have their traditional sidewalk sale during LA Pride, offering tables full of pride goods at an affordable price as low as $5.00. Prices are not jacked up for those attending LA Pride like most retail stores tend to do. There will also be an Andrew Christian station offering free pride face makeup to those passing by who want the show their pride with rainbow stripes on their face or other parts of their body.

“I will say that the Andrew Christian Pride collections is the best in the industry, and it’s not because I carry their line. ” Block said. “It’s the best of breed, from singlets to thongs, to jackets, and pants, and shorts and swimwear, it helps make the store special.”

When the register closes at the end of the day, Larry Block hopes his store contributes to everything that is fun about the gay city of West Hollywood. He reiterates that he wants nothing more than for everyone has a safe and happy pride.

“We’re celebrating West Hollywood. That’s what the idea of the store has always been about.”