The free open-air event featured Black vendors, panelists, and performers. Community members enjoyed a day at the park for some food, shopping, a tarot card reading and there were even some boxing demonstrations courtesy of Fight Goddess Fitness. Performances included comedy standup acts and live rapping/singing, plus a panel discussion.

Today is a day of celebration,” said Black Women Lead Founder Shannon Morton, who organized the event in partnership with the City of West Hollywood. “We are celebrating Black History Month, our ancestors, people who came before us, and we’re also celebrating Black future. You can’t really have one without the other. They are inextricably intertwined. People really showed up for the community. It’s not black, it’s not white, it’s human. I see so many diverse people, different faces, and all shades of color, and I’m hopeful. This is what we need to keep doing to change the world. We need to build community and show up for each other.” 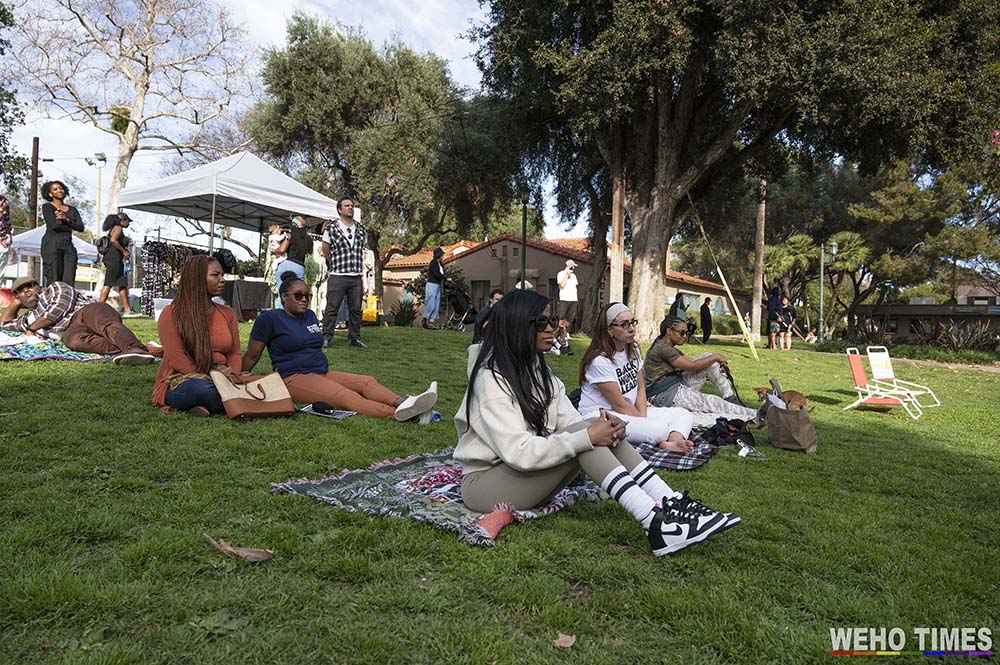 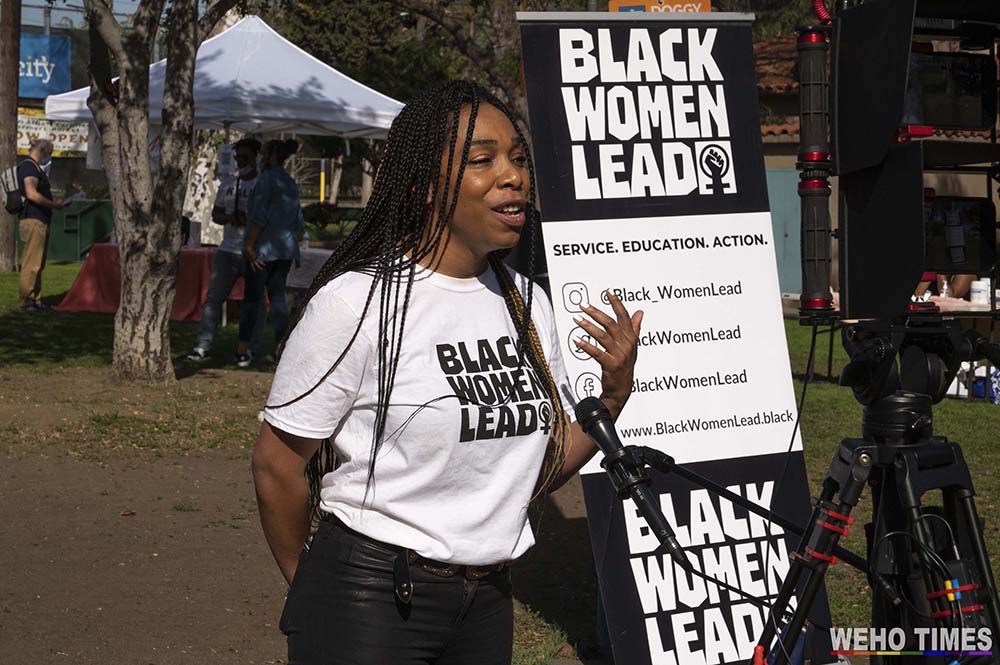 Morton said this is the beginning of a beautiful friendship between Black Women Lead and the City of West Hollywood and that she looks forward to this event in years to come.

“There is so much camaraderie at this event,” she said. “I didn’t expect people to show up the way they did. There were delays and everyone wanted to talk and they wanted to learn. Everyone’s been very helpful and willing to get their hands dirty. If anything stands out to me is people showing up for each other. It’s Saturday, brunch is back on, and they could be anywhere else, but they are here with us.” 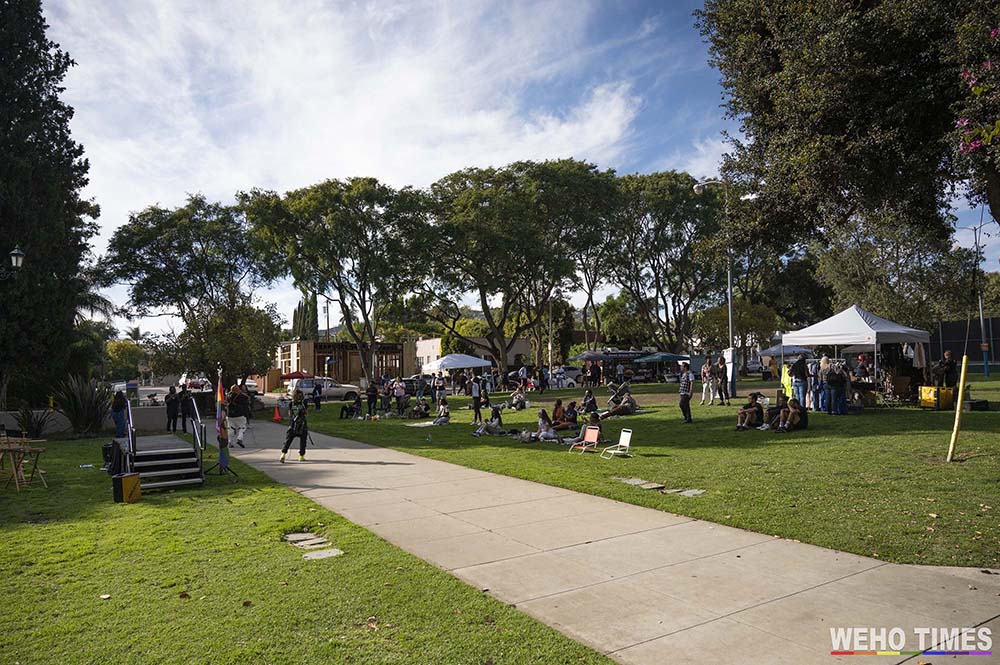 West Hollywood Mayor Lauren Meister was at the event in the early part of the afternoon. Council member Lindsey Horvath showed up towards the middle portion, and Mayor Pro-Tem showed up with council member John Erickson, stayed till the end of the event.

“I own a candle business in Inglewood and I think this event is great because it is Black women owned and it is happing in this great city of West Hollywood,” said Angel who ran a booth for her Scent the Tone candles. “Someone came up to me and said she really loved my candles. She said it’s self care into art and that made me feel so good.” 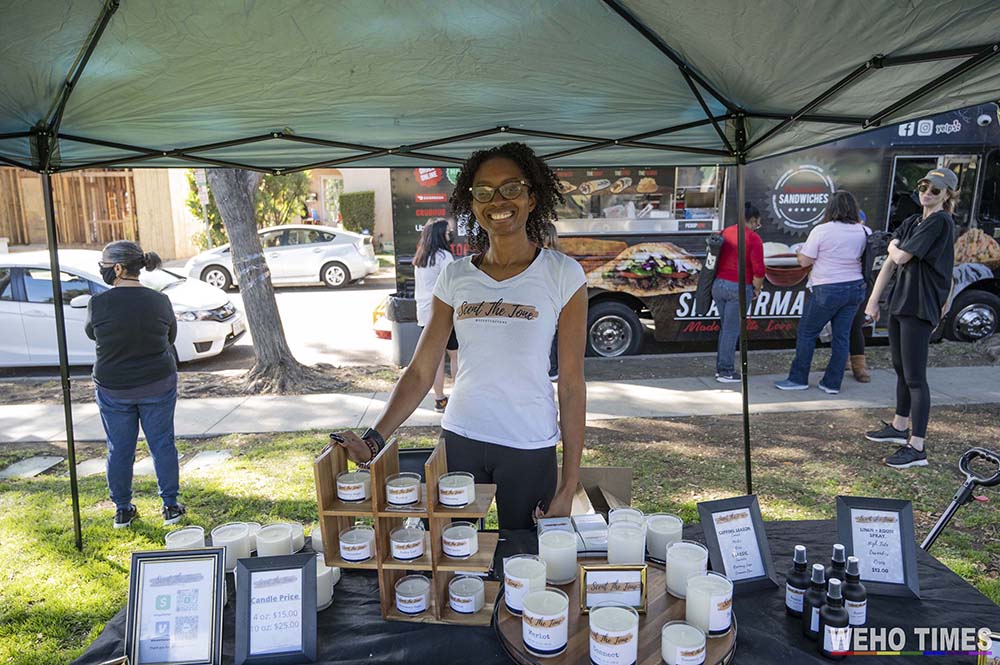 Black Women Lead is a Nonprofit Organization formed in Los Angeles after the killings of George Floyd and Breonna Taylor.

“Black women have lead this country since the beginning and we want to amplify more black leadership in this moment,” reads their about page. “BWL will be at the forefront of a human rights movement and will continue to speak out against murders committed by police, campaign against violence, systemic racism, and advocate anti-racist policy, defunding the police, investing in communities and will call for the prosecution of killer cops.”

BWL is committed to meeting this moment with the urgency and outrage it requires. The vow to hold rallies, protests, and donate to bail funds, mutual aid funds and into communities directly. “We are here to put in the work. Let’s get started!”