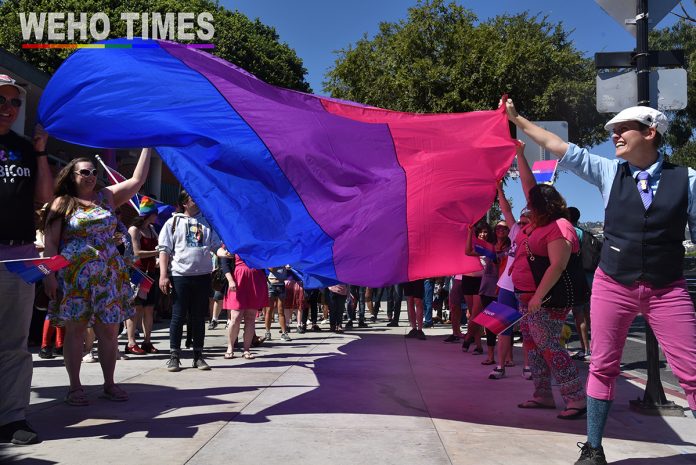 Individuals who identify as bisexual joined friends and allies for the first ever city-sponsored Bi Pride celebration in the nation. The City of West Hollywood gave the “B” in LGBTQ+ something to celebrate on September 22–the day before Bi Day of Visibility, which is designated annually on September 23. The event was hosted by The City of West Hollywood, human Rights Campaign LA, and Ambi – Bi Social. 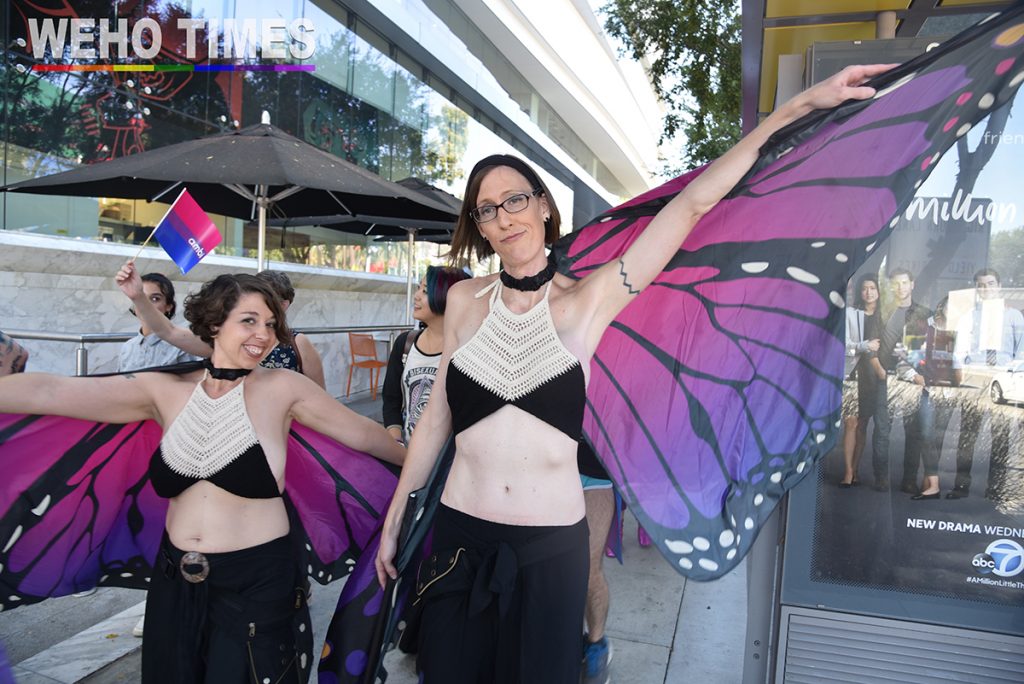 WeHo residents Delia Rawdon and her wife Sarah Marie, who each identify as bi, wore butterfly wings for the special occasion. “The turnout is amazing and we’re having a blast,” Delia told WEHO TIMES during the march. “We got our outfits honey, and everybody is eating it up. We also look forward to the party–meeting and greeting everyone and saying hi.”

“We are so stoked,” Sarah Marie added. “We’ve been together 20 years. We were together before she transitioned and we’re still together now, because we believe in hearts, not parts. We moved from Ohio to West Hollywood because you have to find your people. Growing up in high school, I never ever dreamed that there would be a bi-pride, ever. It’s great to find a place where we fit and I love being on the forefront of this movement.” 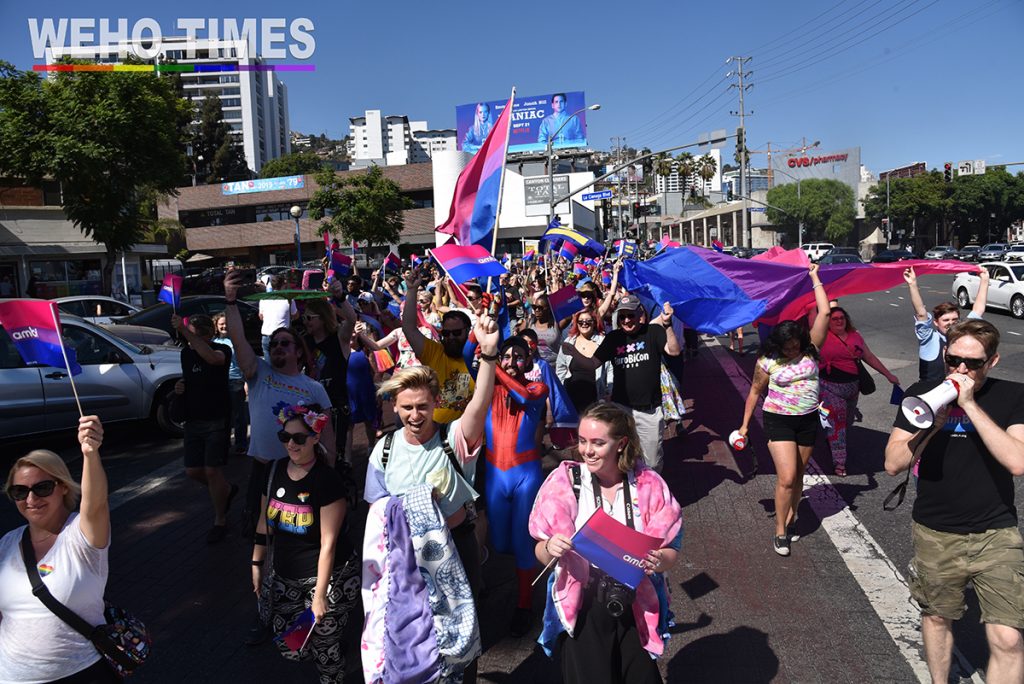 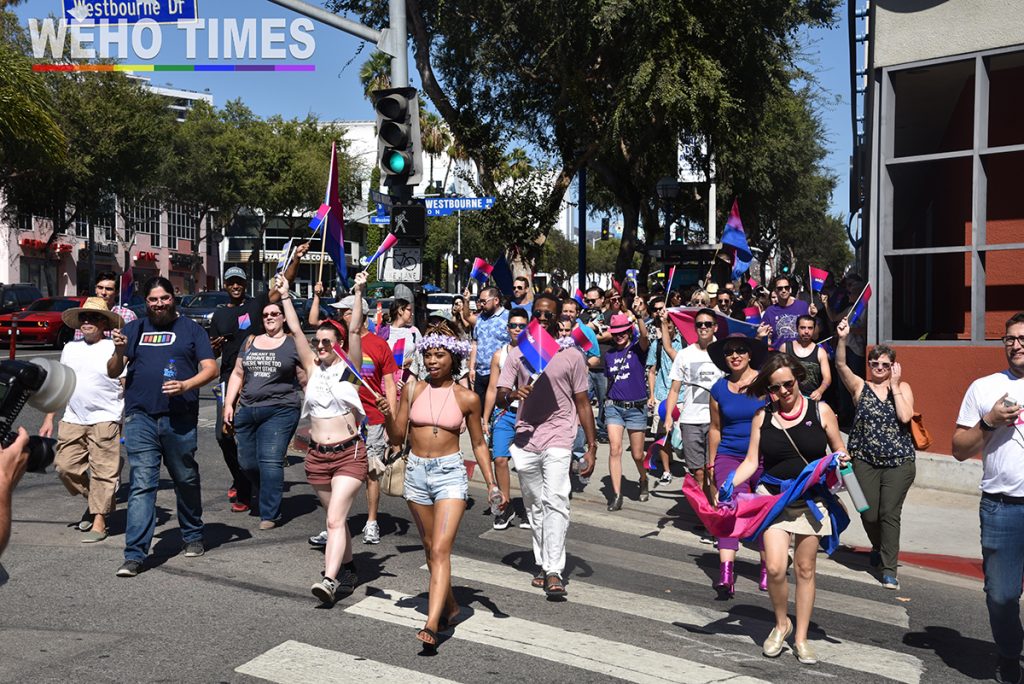 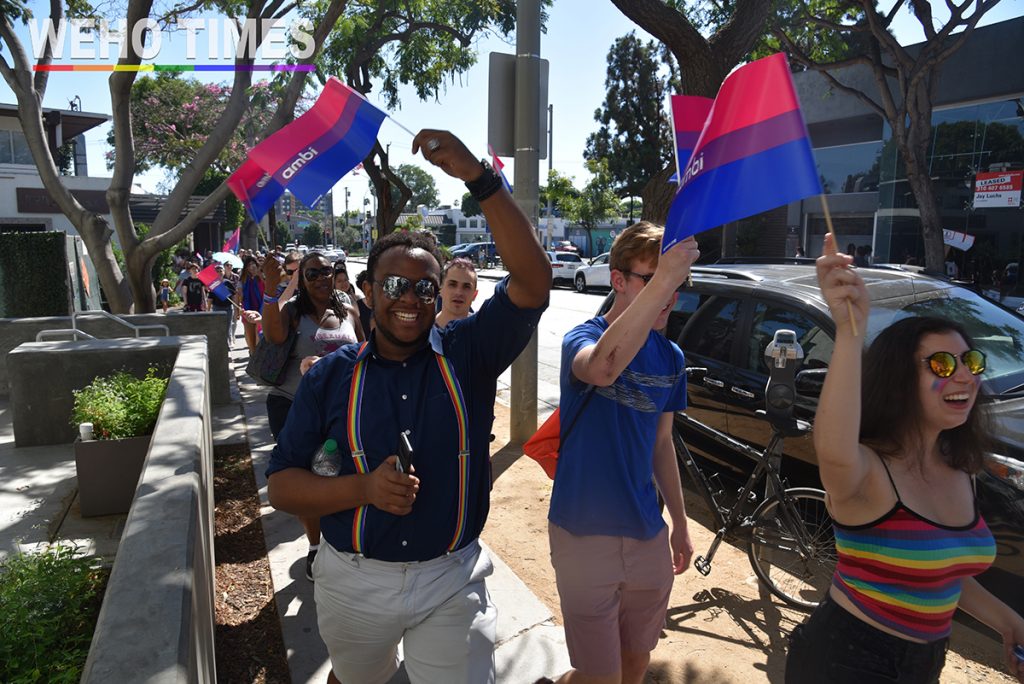 West Hollywood John Duran made a Bisexual Celebration Day proclamation. This is believed to be the first city-wide Bi Pride celebration in the United States. 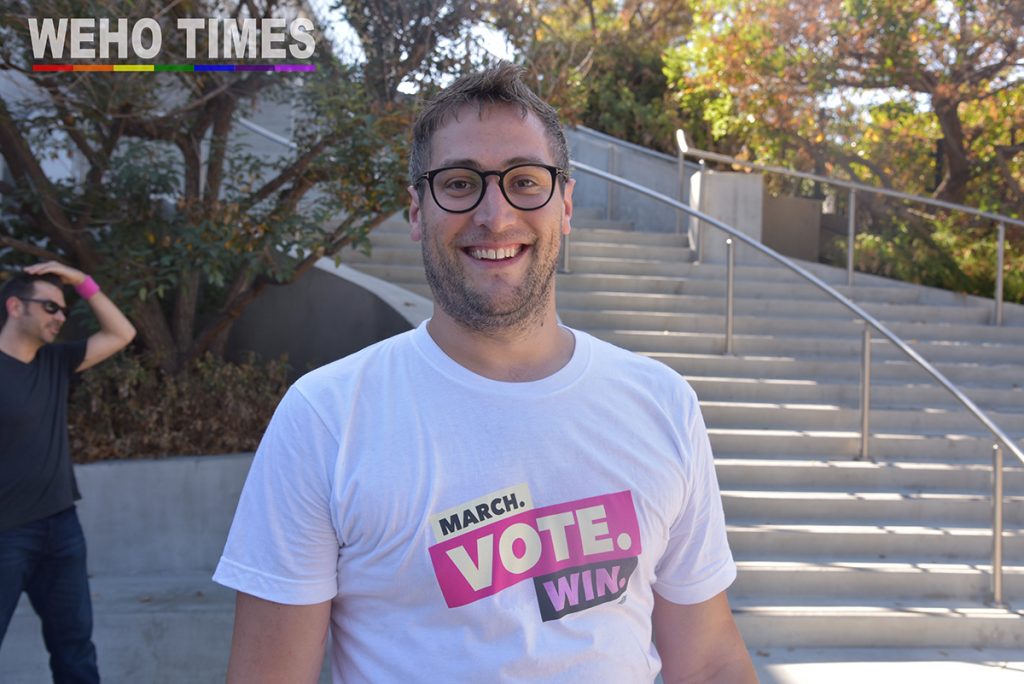 “I think we had an amazing turnout,” said John Erickson, a member of the West Hollywood Lesbian and Gay Advisory Board and organizer of this year’s Bi Pride. “This is such an important event. It’s historic. It’s the first one in the country. We have so much to do in the country to get better on equality, on equal rights and it’s so nice that as an LGBTQ community, we’re one. We’re together. We’re all here to support one another when we need it the most.”

“We wanted to make sure that we emphasized our bi community,” Erickson added. “We have a subcommittee working with Ambi, HRC, and Los Angeles Bi Task Force, to really figure out, how we can improve? What’s real action? What’s real activism? What’s real empowerment? We got together a small group and we decided we might as well dream big and we’re really excited by the turnout.”