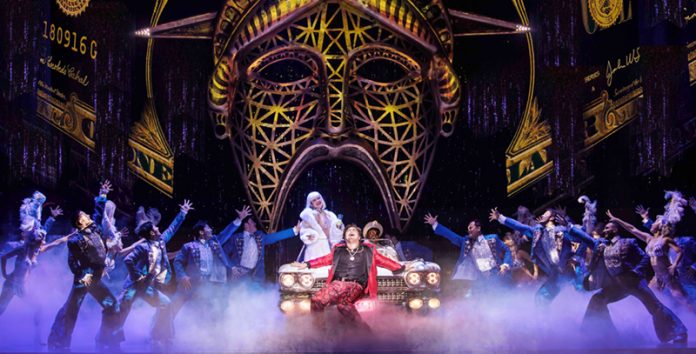 Miss Saigon debuted in 1989 in London and opened two years later, running for 10 years on Broadway. Later, in 2014, it returned to the West End for a 25th anniversary revival and played in New York in January of 2018. It’s now at the Pantages Theater for a limited run.

This was the first time I saw Miss Saigon and it was big. Big sets, a big dramatic romance and very big beautiful vocals from the cast. The melodies kept reminding me of Les Miserables. When I later researched the musical I understood why – Miss Saigon was the second big success after Les Miserables for French composer/lyricist team Claude-Michel Schonberg and Alain Boubil. Both shows are about love and loss and take place amidst violent politically charged turmoil.

Emily Bautista is wonderful and lends a sweet tone to Kim, the Vietnamese peasant girl driven to a life of prostitution in Saigon. Anthony Festa plays Chris, the American GI Kim falls in love with on the night before the fall of Saigon. Although he promises her a new life in America, their separation via an Act II flashback reveals that Chris leaves solo due to an immediate evacuation, leaving Kim at the gates of the U.S. Embassy in Vietnam. 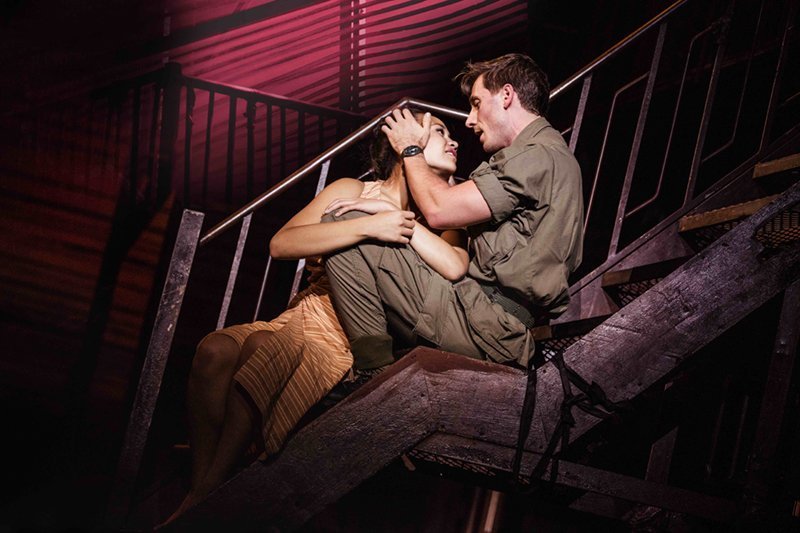 The end of the ACT 1 flashes forward three years, and Kim has given birth to Tam (Chris’s son) and is a dancer in a shady Bangkok bar. She still hopes that Chris will rescue her, while he is in America, haunted by the war and married to Ellen (Stacie Bono).

Chris’s army buddy John (J. Daughtry), who post-war heads up an Atlanta organization connecting Bui-Doi (street children conceived during the war) with their American fathers, informs Chris about Kim and Tam. John’s solo “Bui Doi” is accompanied by film footage of children in refugee camps, which was a big tug on the audience’s heart strings.

Comic relief throughout the musical, where all dialogue is sung, comes from the brilliantly cast Red Concepcion as the Engineer, a criminal and a pimp, who sees Tam as a way out once he learns that his father is American. His big showstopper, “The American Dream” is over the top wonderful with male dancers and feathered showgirls dancing around a huge gold Statue of Liberty head which produces a big Cadillac. The car is just one of many innovative staging scenes, including a huge helicopter and a giant Ho Chi Minh head in the first act.

It doesn’t end well for the star-crossed lovers and I felt a bit sad at the end of Miss Saigon, but I was entertained throughout the show and enjoyed the clever set designs by Totie Driver and Matt Kinley; dramatic storyline by Schonberg and Boublil and magnificent performances from the cast. Miss Saigon is playing at the Pantages through August 11, tickets at www.hollywoodpantages.com.