BETWEEN THE SHADES Film Documentary to Screen at TLC Chinese Theatre 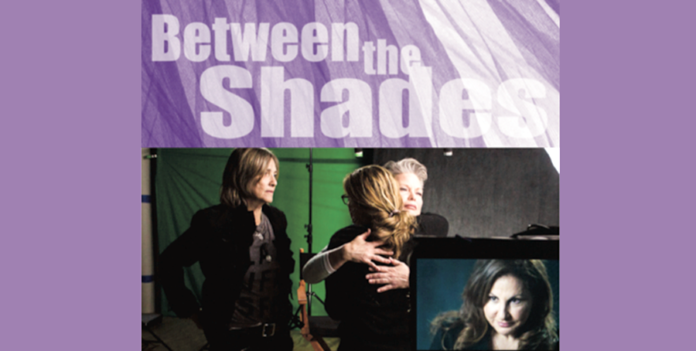 BETWEEN THE SHADES, the feature film documentary that explores the different shades of being LGBTQI+, the labels that come with it, and discusses everything in between, is having a special screening at the TLC Chinese Theatre in Hollywood on June 11, at 5pm–a day after this year’s LA Pride celebration.

The film, directed by Jill Salvino, features fifty people who were preselected to participate and share their stories and put faces to the letters that make up LGBTQI and how those letters have evolved and expanded since the Stonewall riots. The film examines the immense power of labels and the transcendence of love. 16 -18 interviews were conducted per day for three days. The subjects are either single or couples. The participants were given prompts such as best first date, worst kiss, craziest relationship, what people would and would not do for love, and so on. The answers to these prompts were sliced and spliced with the intent of showing the commonality of love.

Between the Shades also features many recognizable faces. Among them are: Beth Malone (of Broadway’s Fun Home), actress Kathy Najimy and Democratic National Committee Treasurer Andrew Tobias. Then there are local faces like Madonna Cacciatore (new executive director of Christopher Street West, the non-profit organization responsible for organizing LA Pride) and her wife Robin McWilliams (known by those who love her as First Lady of Pride #FLOP). The two are coming up on their first year anniversary this summer. Jill Salvino is a highly decorated creative director who has collected over 200 industry awards, including an Emmy. Salvino has a feature length screenplay in development and has directed several shorts. Taking it for Granted was shown in over a dozen film festivals across the US. Her other shorts are: The Sonnet Project, currently touring in England, and Lies People Tell, premiered in The Perdro Film Festival. Between the Shades is her first documentary. She is a member of Promax, a long-standing chair of the Telly Silver Counsel, and a member of the New York Women in Film and Television. Cinéwomen has created a feature on director Jill Salvino for the current issue of their net review.

To purchase tickets for the special screening at the TLC Chinese Theatre, click here.

To learn more about the film, visit betweentheshades.com