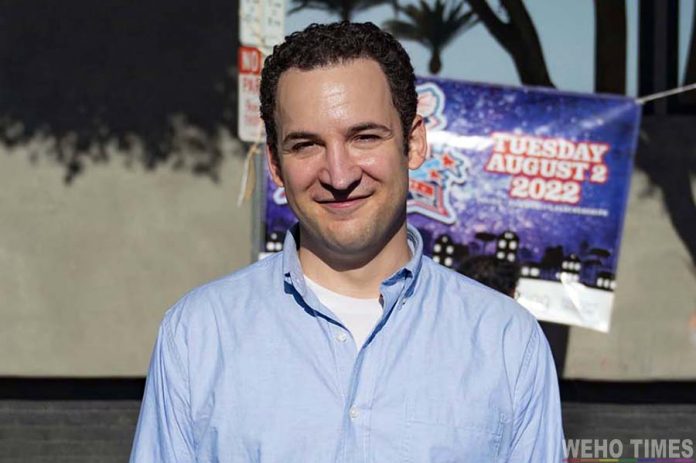 Ben Savage, known for his role as the lead in the 90s sitcom “Boy Meets World,” has filed papers to run for congress. According to a filing with the Federal Election Commission, the former West Hollywood council member candidate will run for the seat currently held by Congressman Adam Schiff in California’s 30th Congressional District. Schiff is expected to run for a Senate seat.

Savage was Republican, then a member of the American Independent Party, then had No Party Preference until he become a candidate for West Hollywood City Council, and is now registered as Democrat. Though his run for a West Hollywood seat was unsuccessful, he did much better that most expected when he came in 7th place in a 12-candidate race and landed 2,330, beating former West Hollywood council member Steve Martin, who came in 8th with 2,317 votes.

Savage ran a grassroots campaign and was seen with family members on Santa Monica Boulevard introducing himself to West Hollywood voters and discussing the issues that were important to him as long term WeHo Resident. His campaign focused on public safety, struggling businesses, inflation and the cost of housing.

Bennett Savage was born September 13, 1980. He played the lead role of Cory Matthews on the ABC sitcom Boy Meets World (1993–2000) and the Disney Channel sequel Girl Meets World (2014–2017). Savage was born in Chicago, Illinois, to Joanne and Lewis Savage (1946–2015), who worked as an industrial real estate broker and a consultant. His elder brother is actor and director Fred Savage, and his elder sister is actress and musician Kala Savage. His grandparents were Jewish from Poland, Ukraine, Germany, and Latvia, and Savage was raised in Reform Judaism.

The FEC Filing to compete to represent CA30 in the U.S. House, where Adam Schiff is the incumbent can be found in the link below.

If the rumors are true, he may be running against current West Hollywood Mayor Sepi Shyne who is believed to also be running for Adam Schiff’s seat.

People have very strange ideas about themselves. Especially these Hollywood types. 7th place doesn’t even come close. What makes him think he stands a chance to replace the honorable Adam Schiff? Hollywood types have no business in politics. Stick to acting Ben.

Weho didn’t want him, he thinks Burbank does? It might have been helpful if he sat on a commission for a while, or even attended a city meeting before running for council.