Beloved Cafe D’Etoile restaurant space has been gutted to make way for a proposed bigger restaurant/dance club/bar at West Hollywood’s Boystown / LGBT Rainbow District. The restaurant located at 8941 1/2 Santa Monica Blvd and the empty space next door at 8941, which was once home to Bumsan Organic Ice Cream, have both been demolished inwardly.

The windows at both spaces are covered in brown paper to conceal what is happening inside, however a small opening reveals the once casual French cafe is completely gone while its exterior facade remains intact. Images also reveal how the wall separating the two businesses has been removed to reveal an open space. 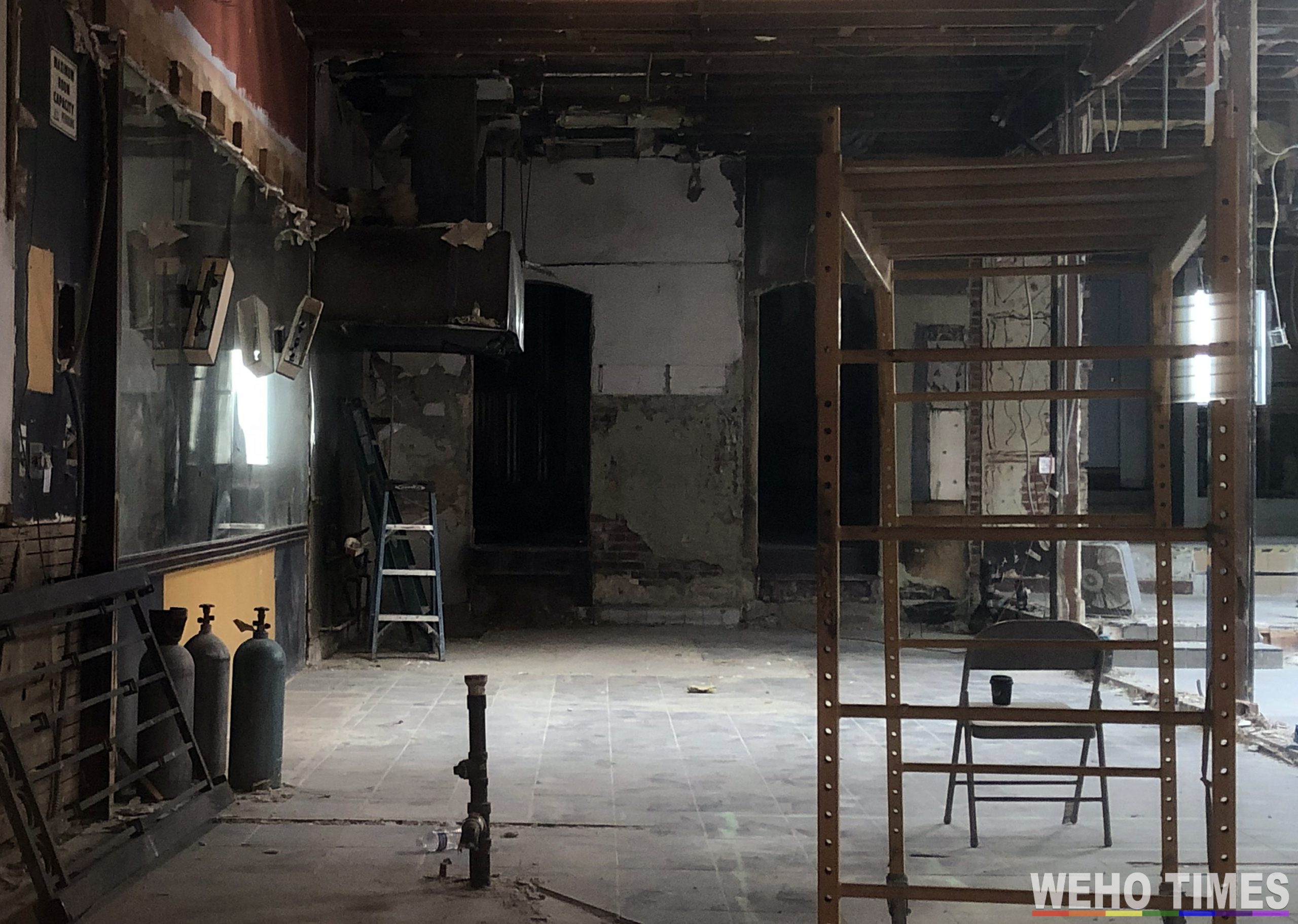 A sign at door announces that there is a proposal request to combine abutting restaurant spaces (Bumsam 8941 & Cafe D’Etoile, 8941 1/2) into a new 2,717 sq. ft nightclub / restaurant with food service, full alcohol, dance floor and outdoor patio.

The signage also reveals that there is a Planning Commission Public Notice of Hearing scheduled for Thursday, January 21, 2021 at 6:30 p.m. The meeting will be a teleconference with detailed instructions for participation included in a posted agenda. More information is available at weho.org.

Cafe D’Etoile closed back in September of 2019 after serving the West Hollywood community for over 36 years. It first opened on Santa Monica Boulevard in 1983. It was Le Toile back in the 70s for more than a decade.

“With rising costs from food, drinks and labor, it is no longer financially viable to remain open,” read a Facebook post announcing its closure. “We hope that whatever replaces Café D’Etoile in the future can not only live up to our customers expectations, but can exceed them.”

“Any business is subject to its own set of circumstances,” Former owner Tom Doherty told WEHO TIMES. “There were many factors, all important in their part. There was no one event or circumstance. The great run was very special.”

A large number of Cafe D’Etoile’s customers were older gay men. A night club with a dance floor and bar will most likely attract a completely different clientele.