The Bank of America, located at 8025 Santa Monica Boulevard, on the corner of Santa Monica Boulevard and Crescent Heights, closed unexpectedly last month. Built in 1960, the Mid-Century Modern building currently sits empty on its 4,120 square foot lot. Signs taped at each entryway simply read “closed.” The Bank of America website does not give notice or information on its closure.

According to the Los Angeles County Assessor’s website that particular Bank of America has been serving the local West Hollywood community since 1998, but it feels like that B of A has been around for much longer than that.

There is at least one complaint on Yelp stating that the Bank did not give its customers enough notice that they were closing at that location. “They should announce in their page that they closed,” reads a recent 2-star review posted by Miguel R on July 1, 2021. “I go at nights to the ATM due for my schedule. The first night was closed I thought they were remodeling something. Next week, I went again and still the same, they should have more respect for their costumers…”

It is not yet clear when or why the location closed. It appears to have been emptied out in mid-to-late June. The property does not seem to be listed for sale at this time. It is currently a huge empty lot that is vulnerable for redevelopment. 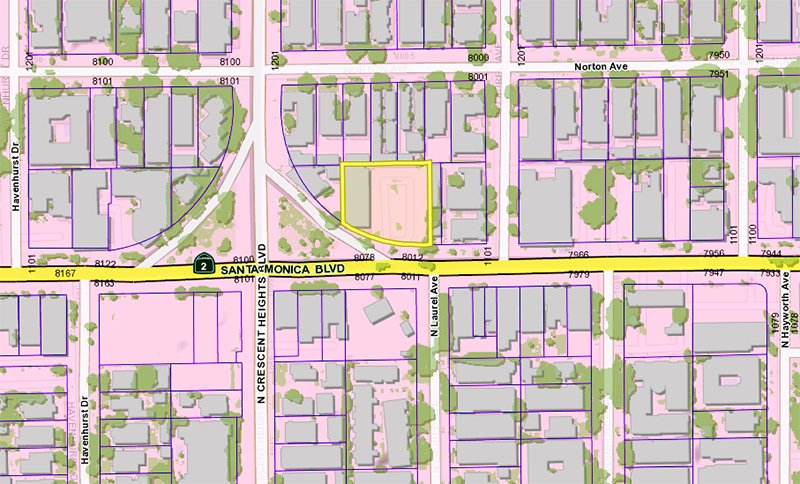 It could meet the same fate as the French Quarter Market Place property a few doors down and across the street from La Jolla Avenue, on Santa Monica Boulevard. The Faring real estate development company is building a three-story office tower behind behind the former French Quarters property. It will extend over two buildings and connect the old with the new, except the old will be made newer. The French Quarter will get to keep some of its Art Deco elements. Faring’s original plan was to demolish the building, but outrage from the community forced them to reconsider. 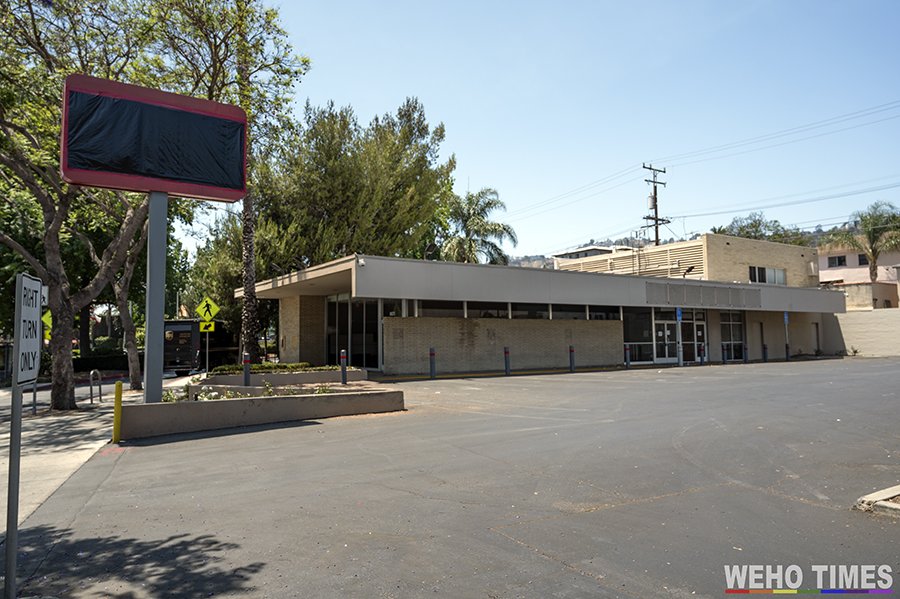 The former Bank of America sitting on the property legally described as Crescent Heights W 10 ft of LOT 9 and ALL OF LOTS 10, 11 AND LOT 12 BLK P is one to watch in the next coming months. It’s preservation hangs at a balance with such a large parking space in the city of West Hollywood.

So sad to see this place leave

The BofA on the strip, just west of The Roxy, will also be closing in August

Yep, they wanted to bulldoze it all just like all of their developments.

Well in the case of the old factory it should’ve been demolished.