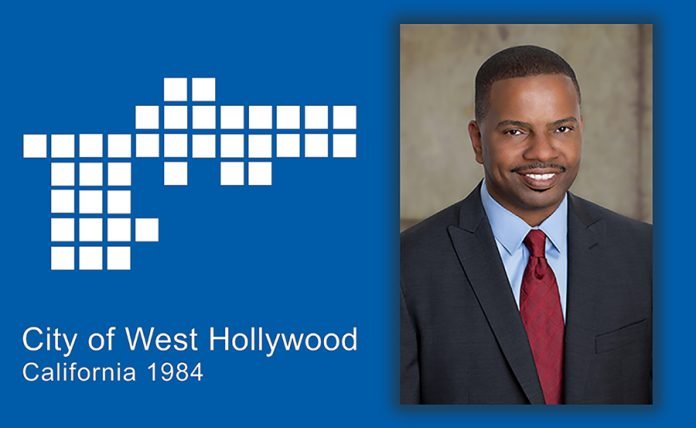 “I am pleased to report tonight that following an internal recruitment process, city council has selected Assistant City Manager David Wilson to serve as the city’s next City Manager when Paul Arevalo retires in July,” announced West Hollywood City Attorney Lauren Langer at a regular council meeting on May 17, 2021. “A formal contract with Mr. Wilson will be placed on the council’s agenda for June 7th in open session for consideration.”

“While we heard for awhile that the end of Paul’s term was approaching, no one knew that it would happen at this critical time, in the wake of a global health pandemic and economic recession,” said Mayor Linsey Horvath at the meeting. “This time has been hard on everyone, including and especially the people we’ve relied on to get us through. While we are all frustrated by how we got here and the impacts we are left to deal with, as well as the challenges in rebuilding ahead.

Mayor Horvath asked that we all dig a little deeper to show up for each other at this time. She pointed out that careful transition takes time and rebuilding requires even more intentional thought and action. “Change will likely not be felt overnight, but with each passing day, we will all have a role to play,” she said. “Thank you in advance for everything that you will do to help our City move into our next phase of maturity. To that end, hiring a new City Manager is something very few people in the City’s history have been a part of, and it’s been quite a long time since the City has embarked on such a transition.”

“Thank you for the opportunity of service as next City Manager,” said David Wilson “I look forward to working with you all and the various communities of West Hollywood, along with our City Staff, as we all work through the recovery from the COVID pandemic and beyond. Thank you all.”

David Wilson has been with the City of West Hollywood for more than 18 years. According to his bio on weho.org, as Assistant City Manager, David implemented the vision, broad policy goals, and ongoing strategic programs of the City Council and City Manager to ensure that operations remain true to, and consistent with, the mission and Core Values of the City of West Hollywood. He has accomplished this by providing leadership, executive direction, and oversight of all City operations and services; establishing performance management goals and standards for all City departments; ensuring that City government responds to the needs of the community in a timely and effective manner; and enabling City management and staff to work collaboratively and creatively in addressing the issues and concerns of our constituency.

David also serves as the City’s Risk Manager. As such, he oversees strategies that aim to identify, asses and prepare for risks while positioning the City to take advantage of opportunities to achieve stated goals and objectives.

Prior to becoming Assistant City Manager, David was the City of West Hollywood’s Director of Finance and Technology Services. In that position, he was responsible for overseeing the department’s three divisions, which include General Accounting, Revenue Management, and Information Technology, as well as acting as the City Treasurer. Prior to being appointed Director of Finance & Technology Services David served as the City’s Budget and Compensation Manager for four years; his duties included preparing and monitoring the City’s budget and oversight of the City’s payroll and benefits. He has also been a Senior Management Analyst in the City Manager’s Department and a Project Development Administrator in the Redevelopment & Housing.

Thank you for this article, all the other articles I’ve seen everywhere else on the Assistant City Manager David Wilson failed to adequately cover who he is, what he does and, left us completely clueless when it come understanding what his motivations might be. Nailed it with this one!