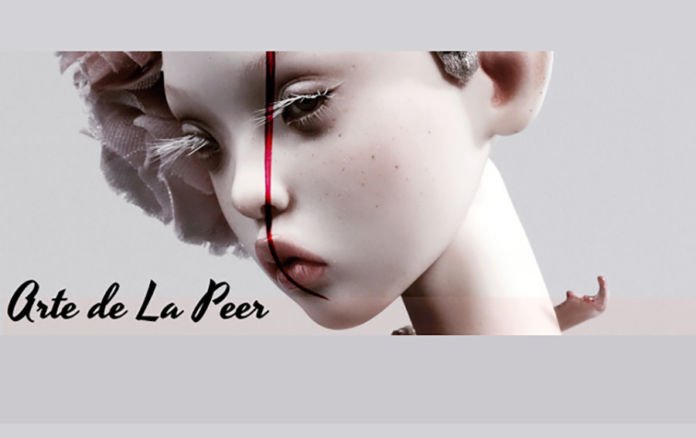 A highlight of the show are the extravagant art doll designers, the Popovy Sisters, and their collection of award-winning one-of-a-kind designer dolls that are being displayed in the U.S. for the first time. It’s happening in the city of West Hollywood. The twin sisters portray emotions, feminine beauty, history and surreal reality with their doll creations. Both are passionate artists and fashion designers. That passion led them to create dolls for the first time back in 2004. Each doll collection they release is centered around a concept, an emotion, or a personality, which they convey through their meticulous sculpting, posing, and styling. The result is nothing short of spectacular. Popovy Sisters Dolls are described as bold, but heavenly delicate, and the artistry awe-inspiring from start to finish.

Below are some screen grabs of their work from their Insta.

Other artists showing at Arte de La Peer will include:

John Paul Fauves
Costa Rican contemporary artist John Paul Fauves’ work is full of meaning and critique; covered in color and intensity. Both his alias and his style are influenced by Fauvism, but his game of faces, tones and brushstrokes add a vibrant touch of singularity.

Hossam Dirar
Hossam Dirar is an Egyptian contemporary artist based in Cairo, he works with painting, video, sound, and installation art, to delve into questions of cultural identity, gender roles and to discuss socio-economic and political ideas.

DAIN
DAIN is one of the most influential street/contemporary artists to emerge from New York City in the last decade. DAIN’s distinctive work pay homage to a romanticized past era when women’s fashion was modest and drew attention to their faces instead of their figures.

thrashbird
Thrashbird, is a Los Angles based street artist of unverified identity known for his billboard takeovers, stencils and wheatpastes. His satirical street art and subversive content combine clever humor with social observations to highlight issues including: media obsession, selfie culture and reliance on technology.

Arte de La Peer is taking place on Thursday, May 31, at the LA Peer Hotel, located at 627 N La Peer Dr., in West Hollywood, from 7pm – 11pm. Complimentary wine and beer will be served during the exhibit. To RSVP, visit: www.jmartmanagement.com/events