The fire reported in this publication yesterday, Tuesday, April 5th, in the parking behind 8730 Santa Monica Boulevard, on Huntley Drive was reportedly deliberate. According to sources, three cars were struck by an arsonist, which burned two vehicles and photo evidence shows there was an attempt to burn a third vehicle located at the lower parking lot behind businesses, My 12 Step Store, Planet Nails and D’Optique by Cynthia & Christina. 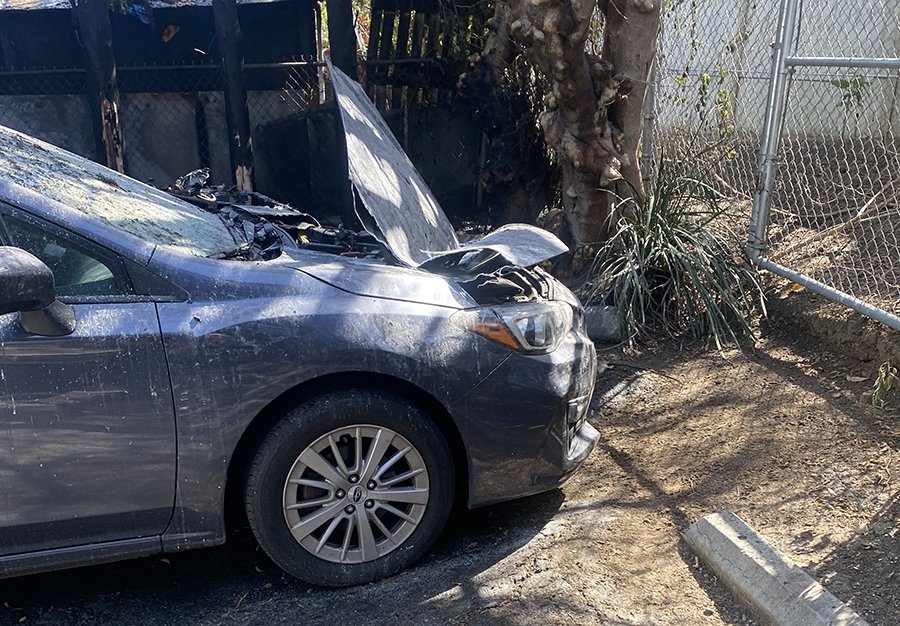 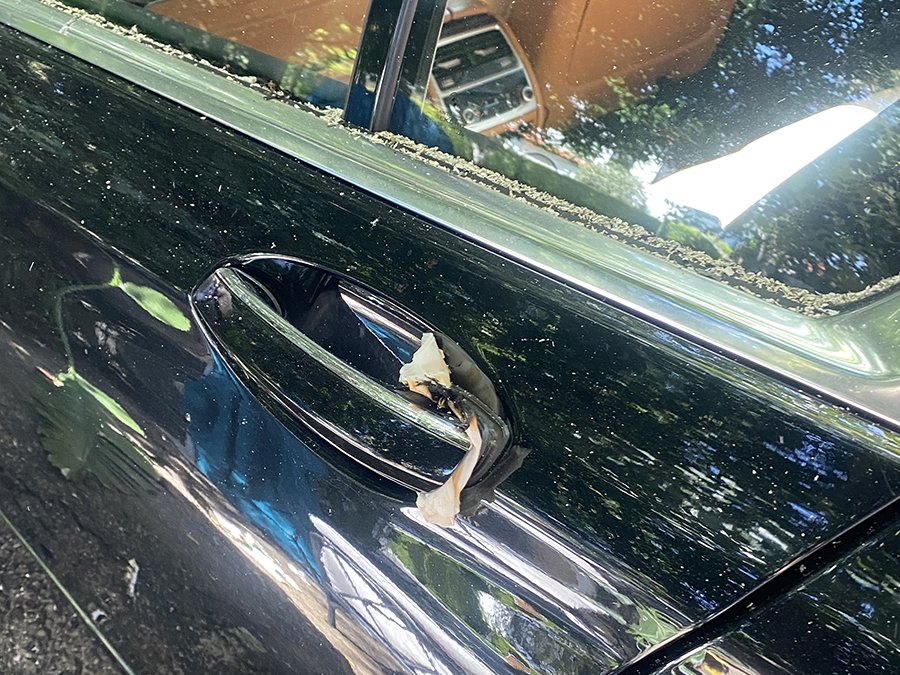 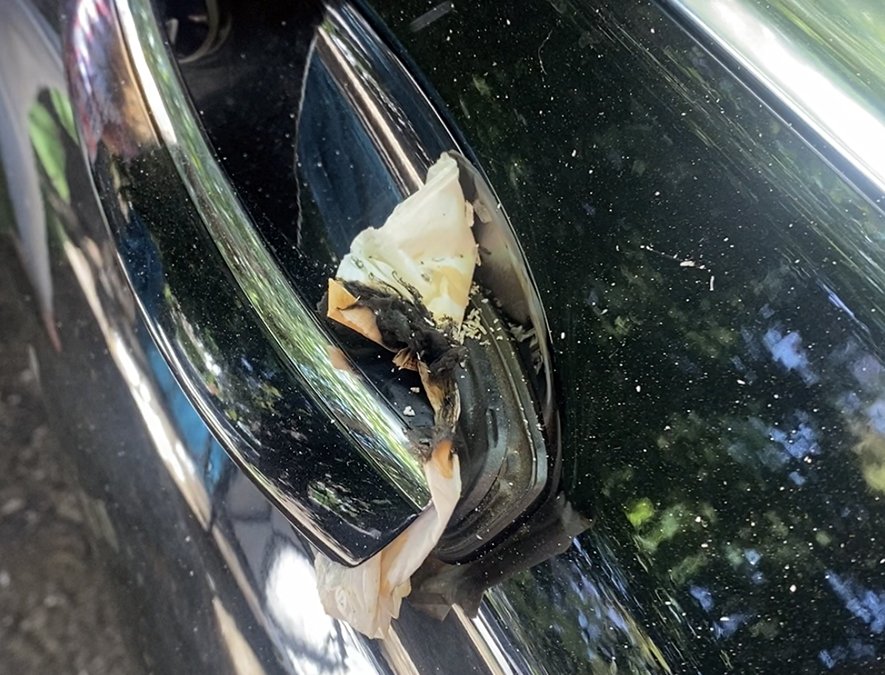 “There’s a video of an arsonist who deliberately set the fires,” RJ Holguin, the owner of My 12 Step Store, wrote on a Facebook post. “Cars were dusted for prints on the ones that didn’t burn so hopefully they catch the person. We’re all curious to know.”

The front of a white BMW was completely engulfed in flames per photo and videos provided by witnesses. There were roughly three loud separate explosions from the white vehicle, terrifying onlookers who ran away from the scene.

West Hollywood Fire and and West Hollywood Sheriff deputies were on the scene to contain the fire and move onlookers away to a safe distance.

Those inside nearby businesses were told to evacuate the buildings while the fire raged. Aside from the two burned vehicles, there was fire damage to the nearby home where the wall on the side of the building is charred. Seven large pine trees were also burned down to bare sticks.

The motivation for the arson is not yet clear. One of the victims believes the incident was random. She said there are individuals experiencing homeless who loiter in the lower parking lot, but even though the attack wasn’t personal, she said she believes it was intentional.

No injuries were reported.