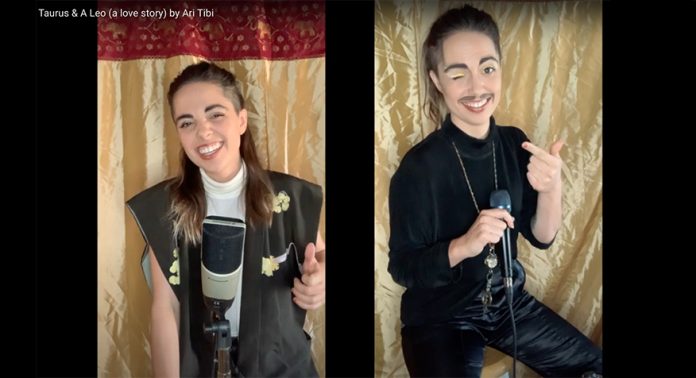 West Hollywood Project announced singer/songwriter Ari Tibi as the winner of this year’s You’ve Got Talent virtual competition. Auditions kicked off on February 18, 2021. Ari won the grand prize of $500 after impressing judges in the three-episode series that aired live on ZOOM in March and early April.

Ari Tibi sang and played piano, guitar and banjo, earning their high scores from the judges on each episode. During the finale, Ari chose an original song about a budding romance between a person whose sign is a Taurus and someone who is a Leo (Ari).

The song written by Ari Tibi and Scott Tyler shows a split screen with them singing on one side, and a more playful Ari singing backup vocals on the other. Scott Tyler pops in to play some guitar throughout the video. 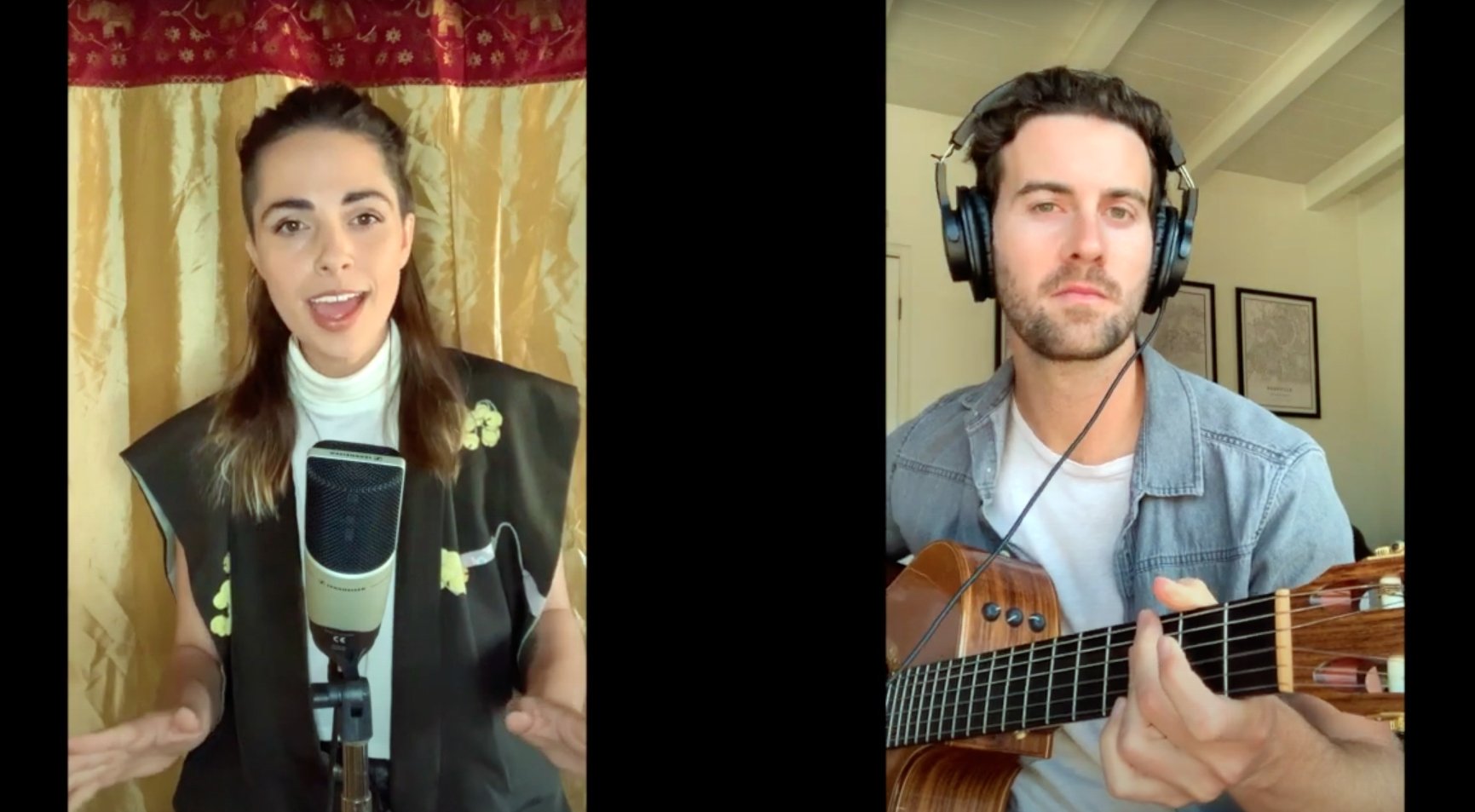 “That’s a song that I wrote in February,” Ari said. “I had posted a tutorial on Instagram on how to write a love song and told people to comment with their astrological sign, and the most repeated sign will get a love song written by me. It was a close tie between Aries and Taurus, but Taurus won. It just so happened that at the time I had a huge crush on a Taurus, and we went on our first date and I came home that night and started singing this song.”

The vocals blew the judges away. They raved over Ari’s performance, one of them saying, “Am I watching this on a television network? This performance was well done. Simply beautiful.”

Viewers weighed in via a poll. Ari was the top vote-getter and became $500 richer.

“Some family members want me to write songs for them. I will use the $500 toward those costs, or I may donate it to a local charity that is really having a hard time financially,” said Ari.

You Got Talent seeks to build community and help people cope with the isolation caused by the pandemic. Pre-COVID, the West Hollywood Project organized several community events. One is #BOOM, an annual alcohol and-drug-free New Year’s Eve party. The other event is #SIZZLE, a carnival during Pride. APLA Health (AIDS Project Los Angeles) is a sponsor of those events along with You’ve Got Talent

Directed by the Institute for Public Strategies, The West Hollywood Project is a public health initiative. It is funded by the Los Angeles County Department of Public Health through its Substance Abuse Prevention and Control. For more information, publicstrategies.org