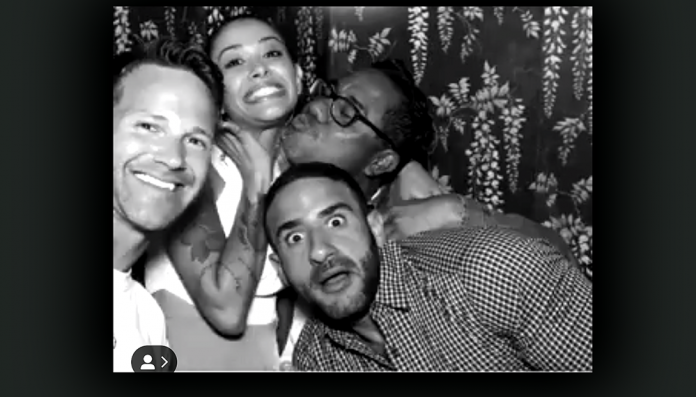 Anti-Gay Former Republican Congressman for Illinois’s 18th congressional, Aaron Schock, was spotted in West Hollywood days before Christmas, and those in the LGBTQ+ with a decent memory were not having it–not one bit.

Schock is that neatly dressed, six-pack-baring, Republican card-carrying guy who has never been a friend of the LGBT community–not by a long shot.

How anti-gay is this man you ask? Let us count the ways, shall we?

This is the man who as congressman, voted against amending federal hate crimes laws to include crimes where the victims were targeted on the basis of sexual orientation, gender identity, gender and disability. He voted against the repeal of the military’s “Don’t Ask, Don’t Tell” in December 2010. He voted against the Employment Discrimination Law Amendment H.R. 11 and H.R. 12, which were eventually passed on January 9, 2009. He voted for House Amendment 1416, which Prohibits Use of Funds in Contravention of the Defense of Marriage Act, adopted 247 to 166 in the House July 19, 2012. And Schock, who is pro-life, voted to prohibit federal funding for the procedure with House Amendment 95. He also voted to pass H.R. 3 “No Taxpayer Funding for Abortion Act”.

His vote didn’t stop with attacks on LGBT rights on all fronts, and a woman’s right to choose; he also voted against the DREAM Act and he voted to repeal the Affordable Care Act.

Then his voting powers as congressman were revoked when he was busted for spending taxpayer money to fund lavish trips and events. According to Politico, he did pretty stupid things like request the federal government to reimburse him and his campaign of 170,000 miles that were driven on his personal car, a Chevrolet Tahoe, which only had 80,000 miles when he returned it to the dealership. He spent over $100,000 in government funds on decorating his office and had charged thousands of dollars for private flights, legal expenses, new cars, tickets to the Super Bowl and Country Music Awards, as well as cufflinks, massage, “gold equipment” and cigars to his government-funded office account.

On November 10, 2016, the United States Attorney for the Central District of Illinois announced that a federal grand jury had indicted Schock on 24 criminal counts including theft of government funds, fraud, making false statements and filing false tax returns.

Aaron Schock has been keeping a low profile these past few years, so what is this anti-gay republican doing in a gay mecca like West Hollywood?

According to an instagram story captured by Greg Hernandez the editor of Greg In Hollywood (greginhollywood.com), he was pumping some sweat at Mansion Fitness with hunky male model Nick Sandell. The post went up on Friday, December 21 where Schock literally thanks Sandell for “the pump.”

A GIF posted on Instagram this past Thursday, by David Guzman (@umdaveg), shows Aaron Schock at WeHo’s SOHO House, where he is hamming it up with Brazilian pop singer Nikki Valentine and gay party promoter Eliad Cohen.

Cohen produced the gay Papa Pool Party at White Party this past Spring, where Valentine was one of the performers. Valentine is known to be an LGBT ally (WEHO TIMES interviewed Valentine at the event). Not sure what they were doing chumming it up with a man who was out do so much harm to the LGBT community and has yet to apologize for his anti-LGBT votes as congressman. Maybe they didn’t get the memo.

It’s possible that Nikki, Cohen and Guzman may not be aware of Schock’s anti-LGBT past, but the internet does not forget–let alone forgive.

“Schock is a disgusting hypocrite,” Faye Graves commented on Facebook. “He was indicted on 24 counts, including fraud and misuse of campaign funds. He’s a crook and an enemy of the LGBTQ community. It’s a shame he hasn’t been locked up yet. Don’t waste your time drooling over that scumbag.”

“Absolutely 100% agreed,” David von Storch replied. “Plenty of drool and follow-worthy guys to follow. Leave this trash in tha [sic] can where it belongs.”

Not everyone is turned off by Schock, judging from some of the comments that pointed out he was “hot.”

“I just became a republican, all of a sudden!” Joaquin Carter joked.

“Yeah, nothing hotter than people who vote you into a second class citizen,” Facebook user Gregory Nabours replied to some of the comments who couldn’t get past Schock’s post gym photo. “Jesus, gay men are the most fickle and materialistic people in our society. Please aspire to be more than a penis, because honestly the whole ‘my entire identity consists of lust’ isn’t impressive and fun… it’s sad.”

“The problem with Schock isn’t ‘just’ that he’s a homophobic hypocrite,” Rick Watts added. “He’s also likely a felonious, perjurious embezzler. But hey, if you’re willing to overlook THAT, then…well…what does that say about YOUR ethics??”

We should add here that Schock has yet to see his day in court.

the photo in the adidas shirt is Tomas Skoluodik and not Aaron.