An Anti-Semitic Flyer Posted in the City of West Hollywood 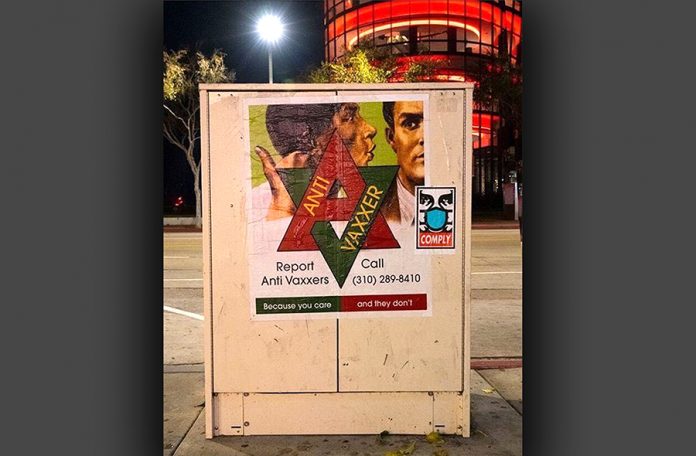 An Anti-Semitic flyer was posted in West Hollywood last Thursday, February 10, 2022. The poster fashioned after Nazi propaganda, was found on an electrical box across the street from the Pacific Design Center on Melrose Avenue, east of San Vicente Boulevard. According to a source, it was torn down the following day, but it was not removed completely as of Saturday night.

The recent anti-Semitic flyer in WeHo is similar to a slew of hate messages that appeared in Beverly Hills, the Fairfax District and other parts of Los Angeles in December, 2021. The poster features an A and a V forming the Star of David with the words “Anti Vaxxer” over it, suggesting a connection between Jewish people and those who refuse to get the COVID-19 vaccine. The poster includes a phone number that goes directly to The Abbey Food & Bar in WeHo. There is also a sticker that plays on the Obey Giant sticker propaganda, only instead “Obey,” it reads “comply” and Andre the Giant is wearing a face mask. 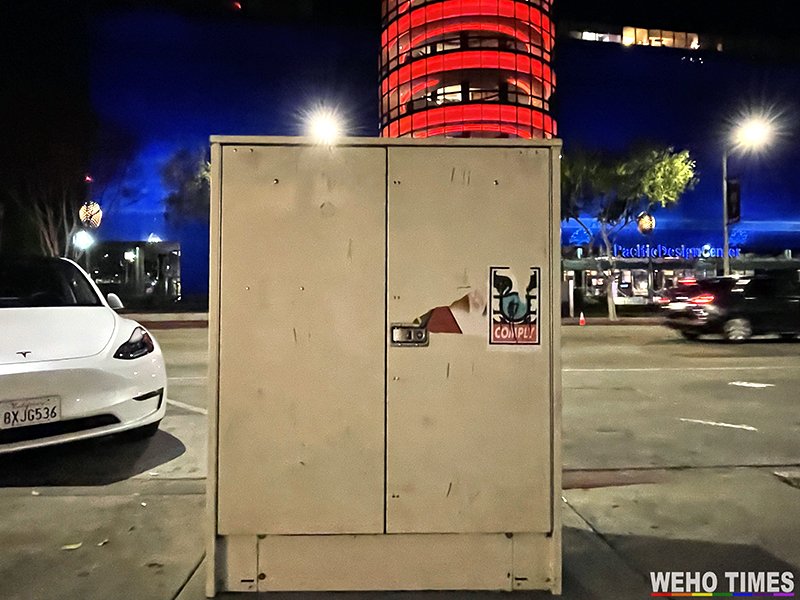 This most recent sign of anti-semitism comes in the heels of a recent direction given to City Staff by the West Hollywood City Council to partner with representatives of the Jewish community, as well as public safety personnel, to address community safety concerns stemming from recent anti-Semitic incidents in the region.

Initiated by council member Lindsey Horvath, the item directs staff, in conjunction with city community partners, to develop an action plan on a list of measures outlined in a report and provide the action plan to other municipalities as a model for local government support of the Jewish community.

“@WeHoCity has heard reports of anti-Semitic materials being posted,” West Hollywood Mayor Lauren Meister tweeted back in December. “If you see something, call the West Hollywood Sheriff’s Station at (310) 855-8850 and, in an emergency, always call 911. The City will immediately remove hate materials or vandalism reported to @WHDLASD.”

Thanks Paulo, for the information. There are some very scary people out there, trying to malign our Jewish friends, family and neighbors. I believe you provide a service in letting the public know just what monsters truly exist.

Well you certainly helped them get their message out…