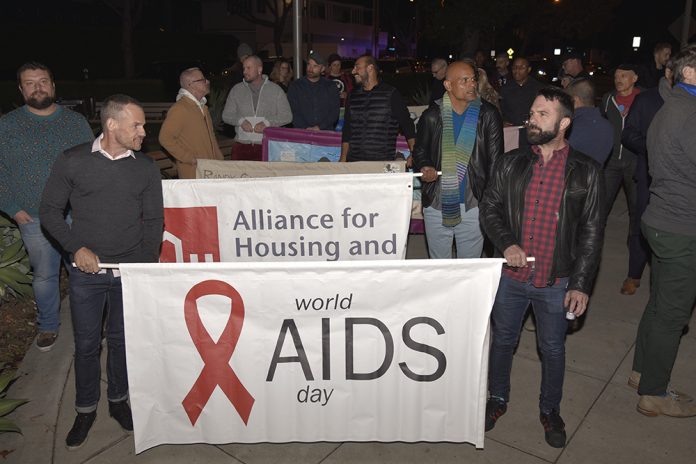 The city of West Hollywood joined Alliance for Housing and Healing for a candlelight march on Friday, November 30, to mark the 30th Anniversary of World AIDS Day, which is recognized on December 1st.

“30 years ago, in 1988, the first World AIDS Day was declared and we continue that tradition tonight,” Mayor Duran told the crowd. “We gather to remember those that we lost. In the city of West Hollywood we lost 10,000 members between 1980 and 1994. It was an awful, awful period of time for the city. The city had its birth in 1984. The city started itself with HIV and AIDS hitting at the same time and we managed to persevere–not only persevere, but create so many institutions. I want to thank the Alliance for Housing and Healing for doing this and carrying on the pivotal work for AIDS for AIDS, which for many years took care of our residents here in West Hollywood. 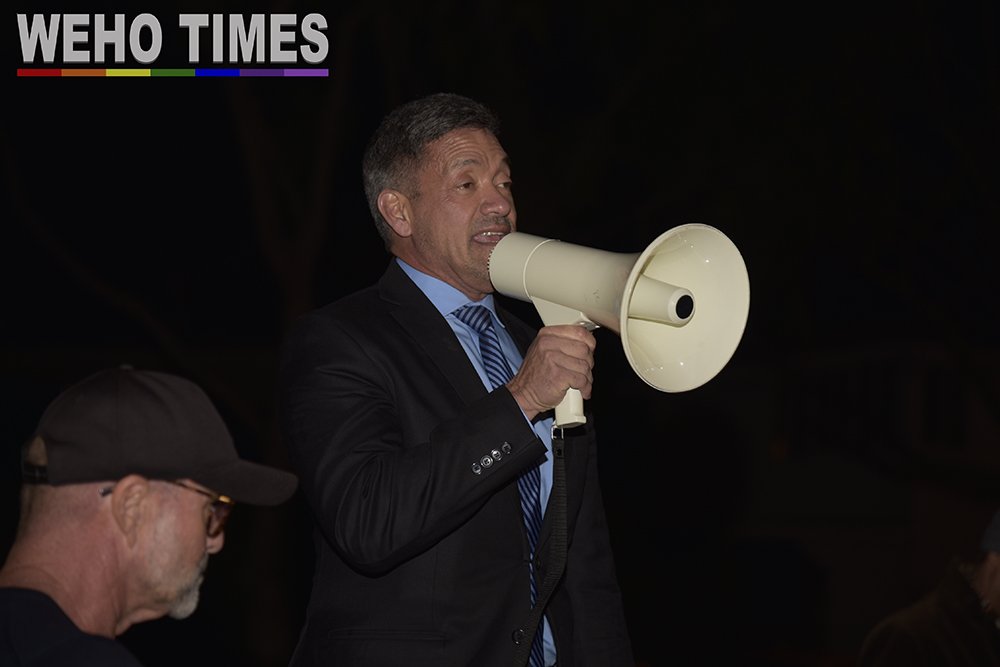 Duran also pointed that he and council member John D’Amico are two of four HIV positive elected officials in the United States. “We’re very proud to carry that, and to be asked to be spokespeople for people living with HIV/AIDS,” he said. “The reality is–thank God–we’re no longer dying of HIV. This year’s motto for World AIDS Day is, ‘get tested, know your status.’ Being undetectable means untransmittable. My viral load is zero. That means I’m not capable of transmitting the virus and that is the message we’ve got to get across to so many, and especially men of color. African American and Latino men are still disproportionally impacted by HIV and AIDS.” 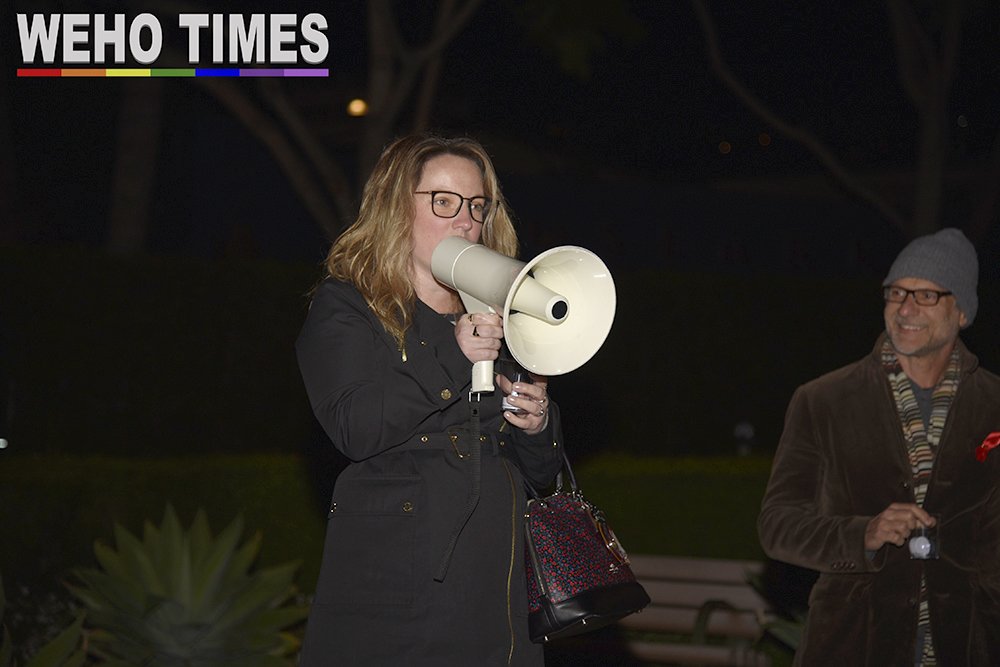 “I just wanted to add on this 30th Anniversary of World AIDS Day that communities of women of color in the south are disproportionally impacted in this present moment,” council member Lindsey Horvath added. “We know that this virus and this crisis has touched all different parts of our community, but now different communities throughout the country and all over the world, so it’s important that we stand with everyone across the country and throughout the world in finding what the next way is to make sure that the treatments and services that have been provided for our community, are provided for all communities, so we can be a beacon of hope for other places.” 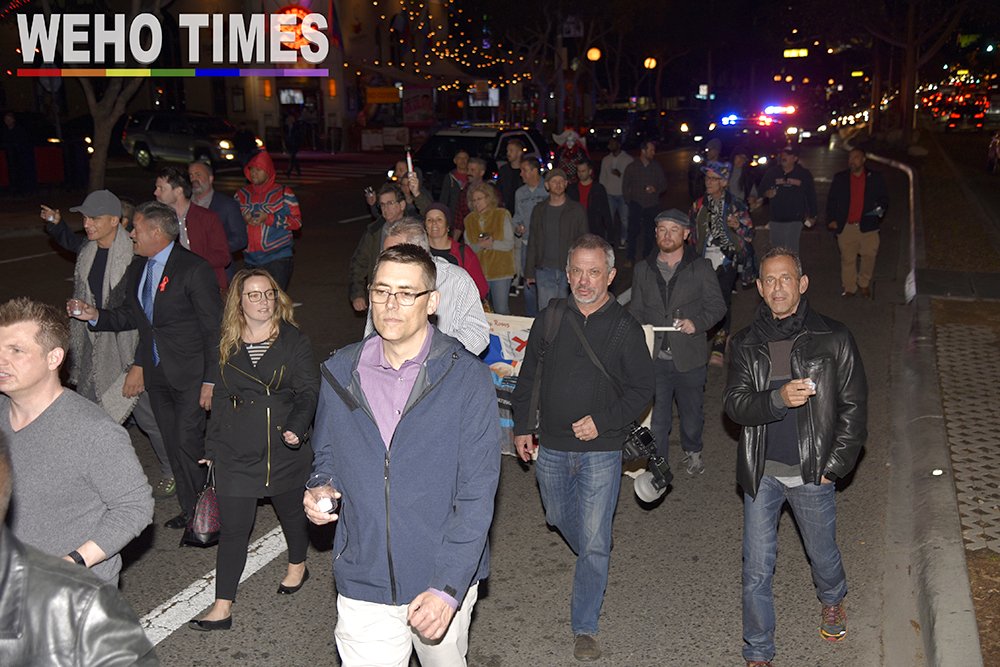 “I’m the former co-chair, current member of the lesbian and gay advisory board, and obviously this an event every year that is incredibly important, not just for the LGBT community but for our city” James Duke Mason told WEHO TIMES. “I felt it was very important to be here and participate. Having come out at fourteen and reading the stories of people like Cleve Jones, Paul Monette and Larry Kramer–these are the people that got me here today. They got me involved in local public service. I know just from growing up and reading their stories, what an important day this is for us to recognize this year and what an important issue this is on this day. This event is fantastic. It is Serene. Beautiful. Peaceful. It was great to participate.” 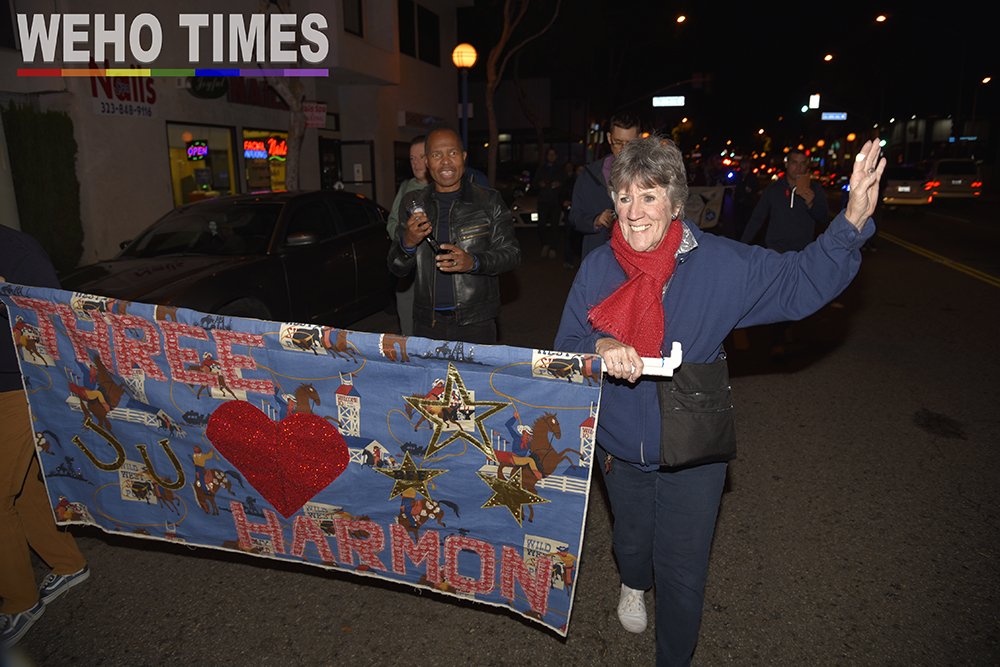 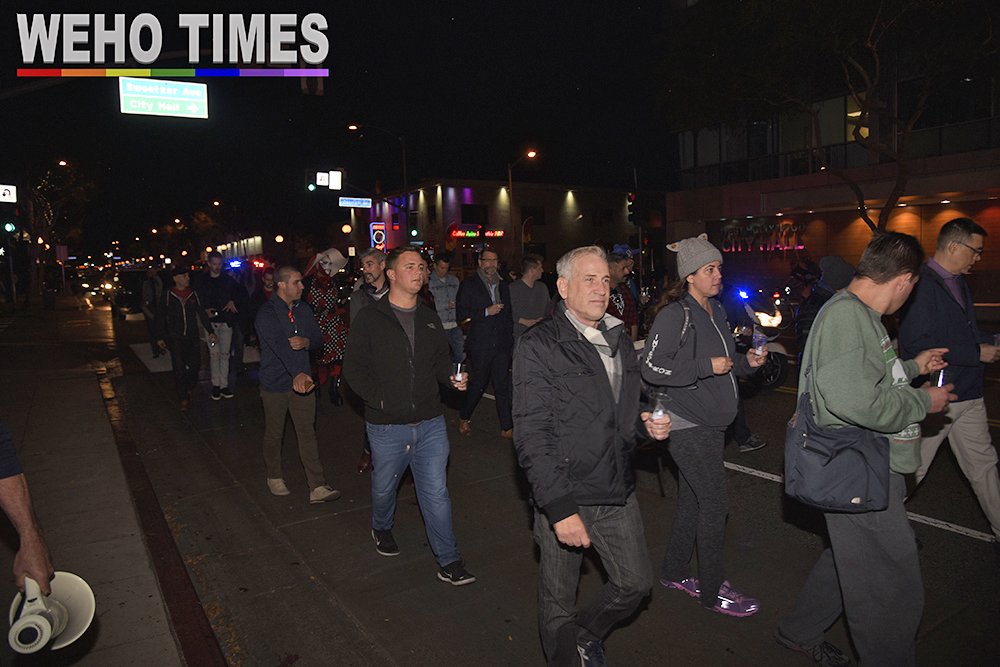 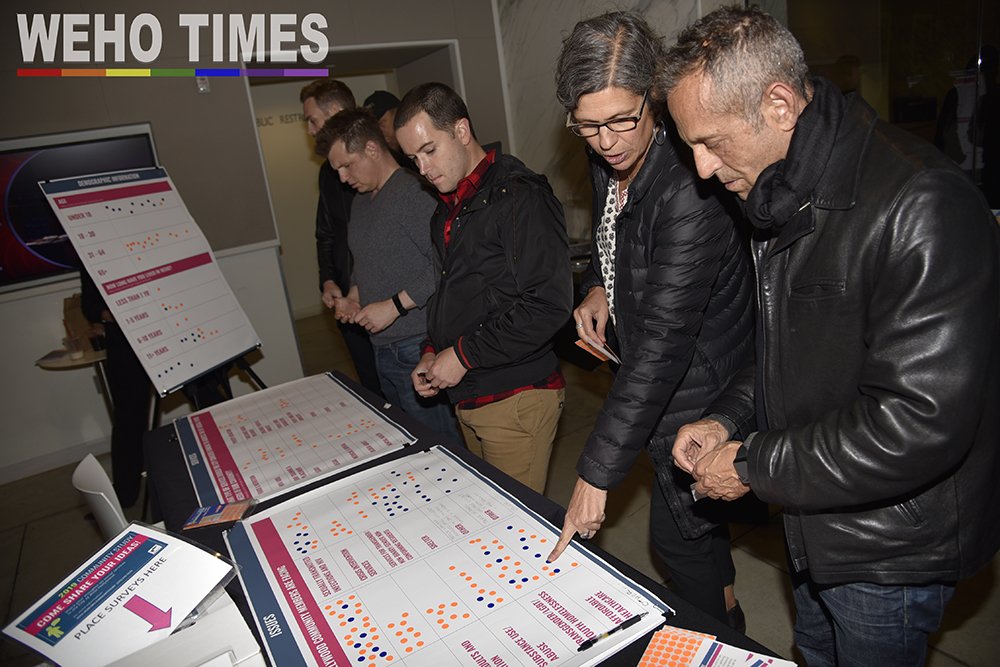 Also on site of the Warrior Awards, the City’s Community Study Consultant, Raimi + Associates, conducted a community study pop-up workshop in the Council Chambers’ lobby before and after the World AIDS Day program in order to receive input from attendees on priorities for Social Services funding, which includes HIV/AIDS programs.

World AIDS Day originated at the 1988 United Nations World Summit of Ministers of Health on Programmes for AIDS Prevention and is held each year on December 1. Every year, United Nations agencies, governments, nonprofit organizations, and civil society join together to campaign around specific themes related to AIDS. The day is an opportunity for people worldwide to unite in the fight against HIV/AIDS, to show support for people living with HIV, and to commemorate people who have passed away due to HIV/AIDS. The international theme of this year’s World AIDS Day is #KnowYourStatus.

For more information Alliance for Housing and Healing, visit: https://alliancehh.org/.