Aliens Have Landed in WeHo… to Promote The CW’s Roswell: New Mexico 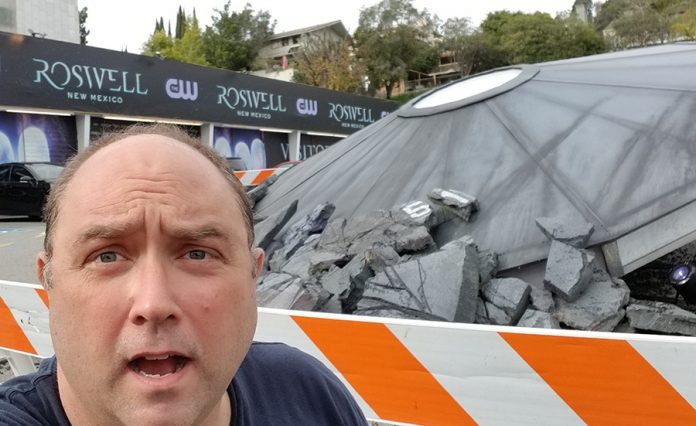 Aliens have landed in West Hollywood! Did you hear the crash of an alien spaceship on the Sunset Strip? An unidentified object missed their target at Roswell, New Mexico and crash landed on 8801 Sunset Blvd West Hollywood, CA 90069, where the Tower Records store once stood, and it’s a sight to behold. 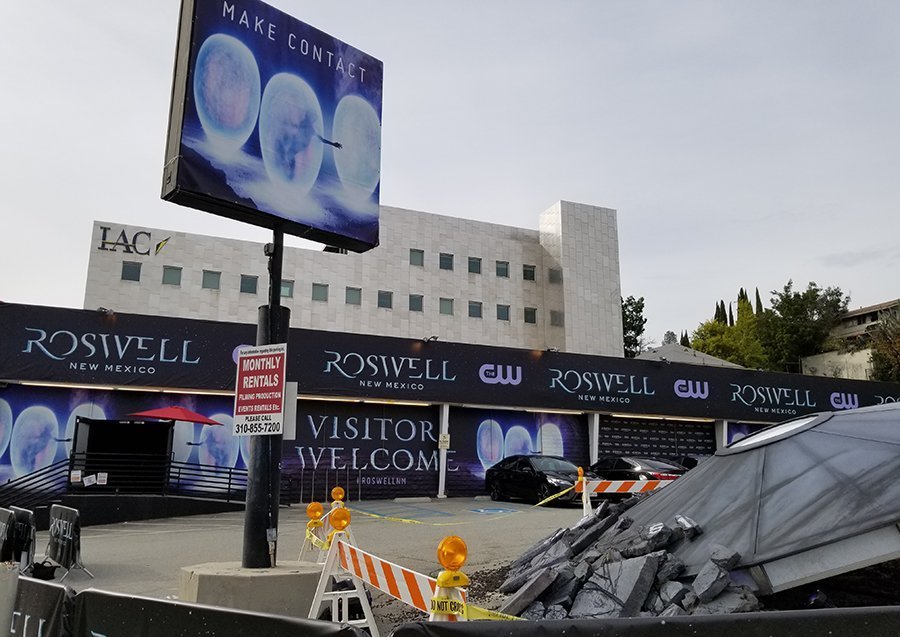 The old Tower Records building has been transformed into an interactive photo booth. The inside is divided into four themed areas where the curious can experience many things, Alien style. The first section is the Roswell Café; the second section is the alien abduction light; the third allows you to make contact with alien eggs, and the final stop is the Roswell logo photo booth, which is the whole point of the promotion.

Each ticket holder can do several different poses at the photo booths of each station and send these images to their phone or email. There are also opportunities to use personal cameras to take selfies and other personal pictures. All the areas are sure to get you into the mood for the new reboot TV series of Roswell: New Mexico. Don’t forget to use their hashtag #ufomg and share your alien experience. 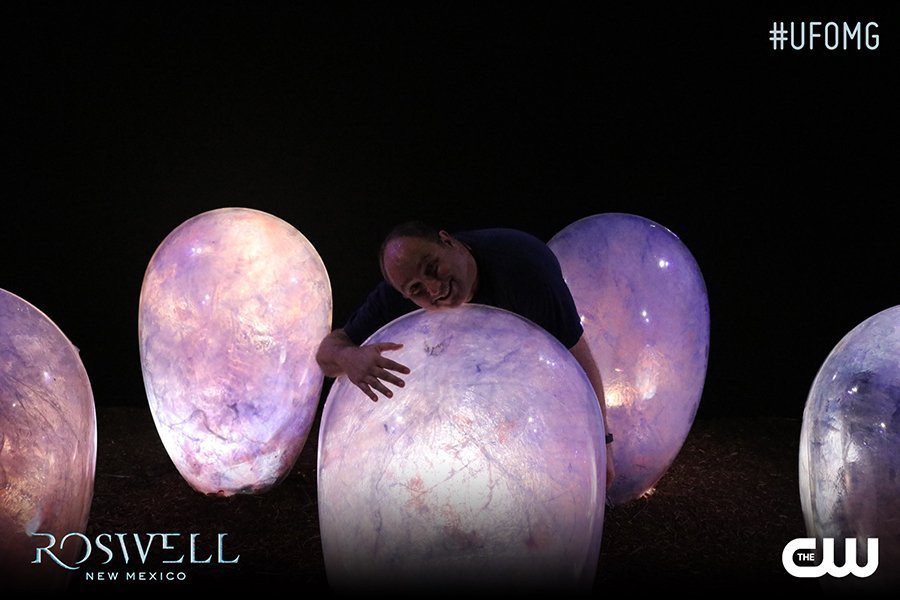 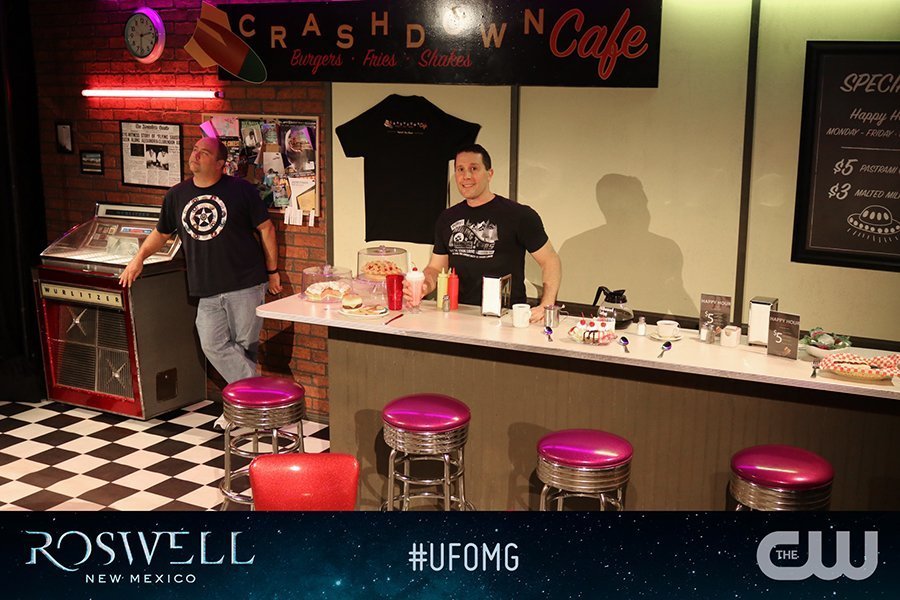 On a side note, many people inside talked about how they used to shop at this very Tower Records. One person pointed out the exact spot where the “Rock & Roll” area once stood. I must admit, I was excited to be back in the space where I used to buy all my CDs. It brought back so many fond memories of all those yellow Tower Records tags. That alone is worth a look. It was nice to be inside again, even if we risked being abducted by aliens.

This is a free event and it runs through this coming Wed, Jan 23rd and is open daily from 12pm-8pm. Tickets can be booked at https://www.crashdownonsunset.com. Walk-ups are also available. No parking is available. 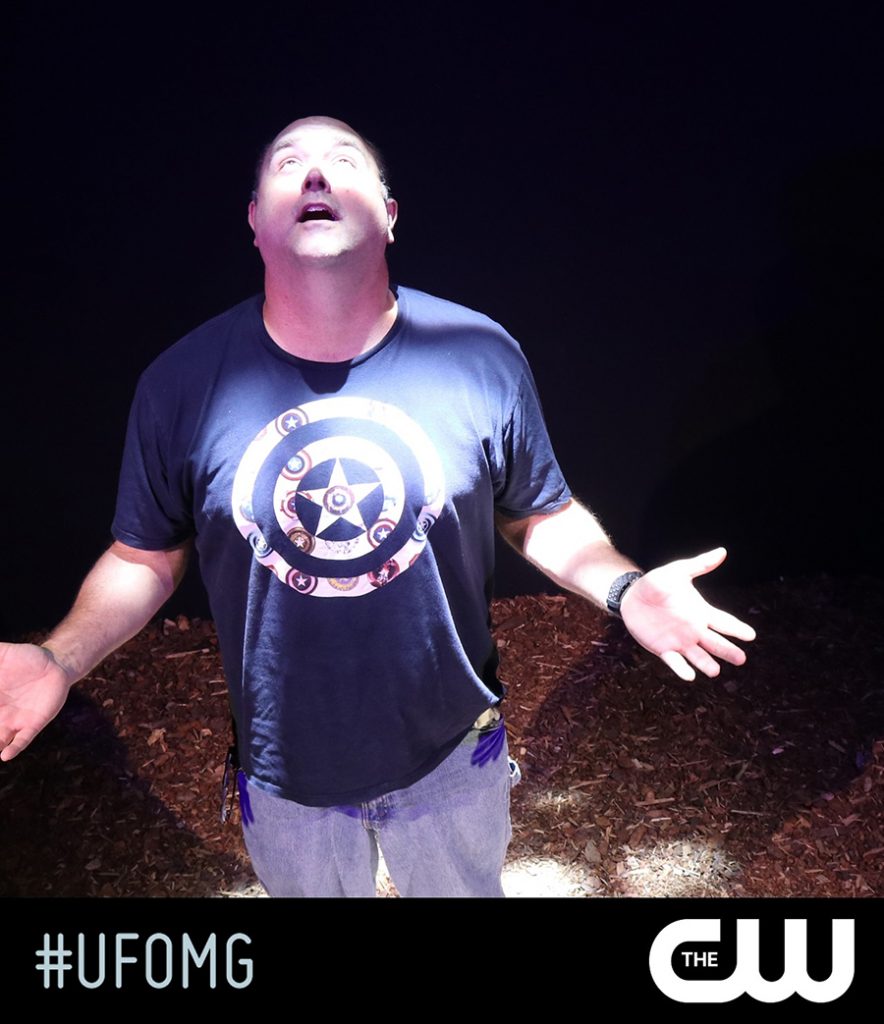 Roswell: New Mexico first aired last week on the CW. After a decade away from home, Liz Ortecho returns to her native Roswell to care for her ailing father. When she arrives, she reconnects with her high school crush Max Evans, who is now a police officer. Their chemistry is electric, but Liz soon learns something shocking: Max and his siblings are aliens who have kept their abilities secret their entire lives. As they grow closer, Liz struggles to keep the truth from her best friend Maria, and her high school ex, Dr. Kyle Valenti, but concealing the siblings’ true identities is more important than ever, as a long-standing government conspiracy and the politics of fear and hatred threaten their lives.

The new show is a re-boot of the original Roswell which aired from 1999-2002 and was centered round a set of alien and human teenagers.

Roswell: New Mexico airs Tuesday nights at 9pm est/pst on the CW. If you missed the premiere episode it’s available to watch for free on the CW.com app.