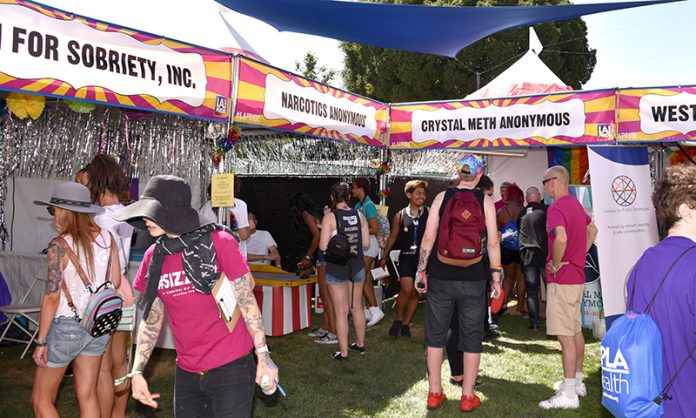 The #SIZZLE carnival is currently in its sixth year. It is a two-day fun zone within the festival that features a live DJ, carnival-style atmosphere and over 10,000 prizes for attendees to win.

“The celebration of pride has so many meanings within our LGBT community,” City of West Hollywood Councilmember John J. Duran stated in a press release. “We wanted to make sure that a space existed within the festival for those community members who wish to remain alcohol- and drug-free during the festival and parade.”

“#SIZZLE! isn’t just for the recovery community,” said Alexis Sanchez, Prevention Specialist with the West Hollywood Project, the organization that helps produce #SIZZLE!. “It’s a great example of how, in a safe space, people can express who they are and what they believe without the influence of drugs and alcohol.”

The #SIZZLE carnival has been part of LA Pride in West Hollywood since 2014. Council Member John Duran presented the idea in a city item before West Hollywood City Council and it passed unanimously. Founders of #Sizzle include Brenda Simmons, Robert Gamboa, Manager of Addiction and Recovery Services, at Los Angeles Gay & Lesbian Center, Mike Rizzo, and City of West Hollywood Human Services Commission member Jimmy Palmier, along with a team of volunteers.

“#Sizzle has become a destination,” Palmieri, told WEHO TIMES. “We started out with Bills Cafe, which I don’t know if twenty people hung out there. Last year for #Sizzle, we had about 10,000 people. It’s a massive party, not just for sober folks–everyone is welcome, we just ask that if they’re drinking that they not hang around the booths out of respect for the volunteers.” 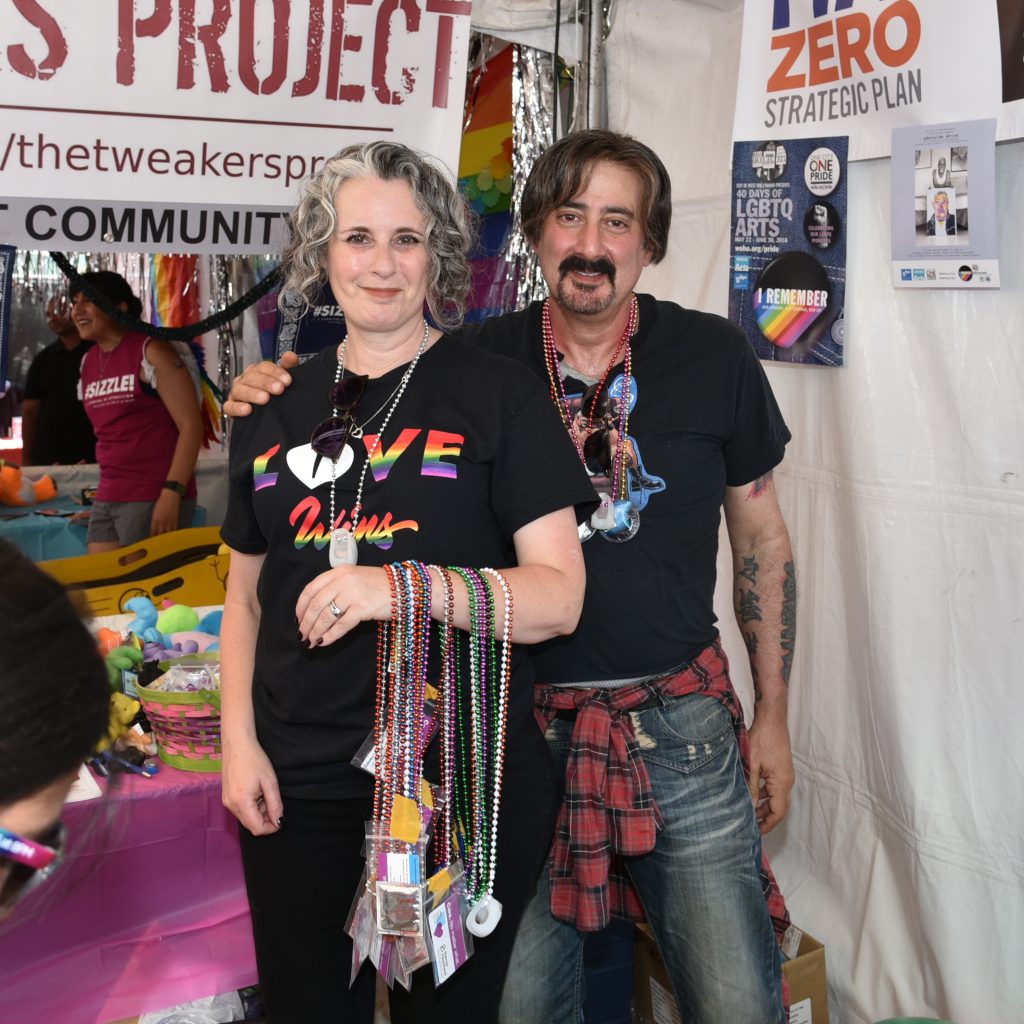 Palmieri has been trying to provide a safe non-alcoholic space for 20 years. This is his sixth year working on the #Sizzle carnival.

“This year we’re giving out fentanyl testing strips,” he added. “They’ll be about 10,000 being distributed for the purpose of harm reduction. So people can test their drugs if they’re going to use them, and we know they are ,so it’s not like our heads are in the sand. They can test it with a strip and if it has fentanyl in it, there will be a line, if it doesn’t, there will be two lines. It’s like a pregnancy test. Then you’ll know if it’s safe or not. If it has fentanyl in it, I hope they will throw it away, because we have no clue if it will kill you.”

In a survey at last year’s #SIZZLE carnival, 86 percent of respondents indicated they believe it’s important to have a drug- and alcohol-free space within the festival. Thirty percent of survey respondents reported they believe alcohol abuse is a problem at Pride, 40 percent believe underage youth are being served alcohol at Pride, and more than 60 percent believe meth use is prevalent at Pride.

Captain Edward Ramirez of the L.A. County Sheriff’s Office West Hollywood Station says public perception is worse than reality. “We have some fighting which is usually related to alcohol but folks at Pride have generally been well behaved. No teenagers are getting into trouble and there are very few complaints,” said Captain Ramirez.”

Some of the public perception may be because drug and alcohol abuse are more common within the LGBTQ community. According to the National Institute on Drug Abuse, adults defined as “sexual minority” (lesbian, gay, bisexual) were more than twice as likely as heterosexual adults to have used illicit drugs; 10% of sexual minority adults misuse prescription pain medications as compared to 4.5% of heterosexual adults.

The City of West Hollywood, like other communities across the U.S., experiences many preventable crashes, injuries, deaths and other problems related to abuse of alcohol and other drugs. Due to the City’s large number of alcohol related businesses within its 1.9 square mile city limits, West Hollywood officials are proactively working to advance public health, safety and quality of life by implementing a set of strategic initiatives, which seek to curb injuries, fatalities and overall substance use. Alcohol-free events help to slowly change social norms that equate fun with the presence of alcohol.

The #SIZZLE carnival is one of several high-profile West Hollywood events billed as alcohol- and drug-free. Another big annual alcohol free event is #BOOM!, a New Year’s Eve bash that’s become a West Hollywood holiday tradition. The West Hollywood Chamber of Commerce hosts an alcohol-free business mixer during the Fall at My 12 Step Store, the recovery gift shop located in the heart of WeHo.

Public hours for the #SIZZLE! carnival are noon to 10 p.m. Saturday and noon to 8 p.m. Sunday. #SIZZLE is free with an LA Pride admission.

The West Hollywood Project is a project of the Institute for Public Strategies (IPS) and is focused on working with the City of West Hollywood to improve public health, safety, and quality of life through preventing problems related to binge and underage drinking. IPS is a nonprofit organization, utilizing evidence-based strategies to help communities make lasting improvements in health, safety, and quality of life. IPS is currently funded by the County of Los Angeles Department of Public Health, Substance Abuse Prevention and Control to implement multi-pronged projects in four communities including West Hollywood.