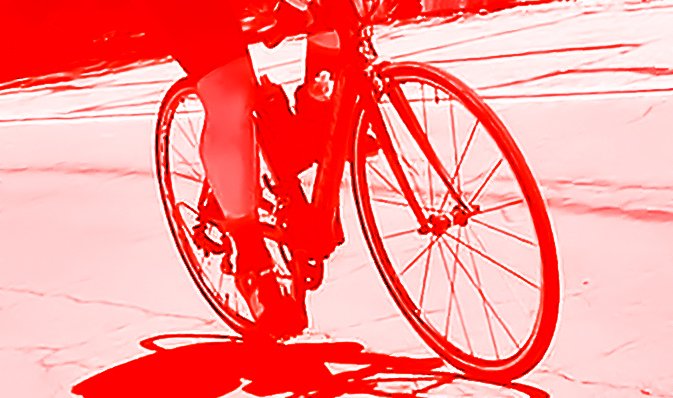 A bicyclist was killed in a hit and run incident at Griffith Park on Saturday afternoon at roughly 3:49 p.m, shocking many AIDS Lifecycle Riders who were out that afternoon participating in a riding event. The incident occurred at 4400 Crystal Springs Drive, according to Lt. M. McCommas of the Los Angeles Police Department’s Central Traffic Division.

The name of the male victim has not been announced. Reports state he was in his 70s and was riding northbound when he was hit by a driver who was also going northbound. The victim suffered blunt force trauma.

Authorities told CBSLA the driver of the vehicle that hit the bicyclist fled on foot but they eventually arrested him.

“I rode 67 miles on AIDS LIFECYCLE’s Day of the Ride and extra totaling 100.3 miles,” posted eyewitness John McKea on his Facebook timeline. “It was a beautiful ride and great day despite my 2 flat tires! Then after finishing the official part of the ride, I begin riding more towards the entrance and began to loop back and a BMW raced by me at a speed of at least 80 mph ( in a 25) totally out of control! I have NEVER seen anyone drive that fast in the park going by the pony ride area with all those people around. He was out of control and I felt he might kill somebody. I proceeded another half mile and saw a line of cars stopped and people gathered and that BMW hit one of our riders and his head injuries were so bad, he didn’t make it. It was the most horrifying experience I have witnessed! I did not know the rider personally. The driver of the BMW took off, but he was caught.”

“I still don’t know which cyclist was killed by this reckless driver, but we had all been riding together all day,” posted rider Madonna Cacciatore. “Six of us, including Robin and I, were maybe 1/4 mile from the finish line right behind this horrible incident. At first, we didn’t know why they had shut down the road but soon discovered the reason. We were asked to get off our bikes and to use the dirt path next to the accident. We could see the bicycle, the car, and someone covered by a sheet. As we proceeded down the dirt road, it became clear that one of our fellow cyclists didn’t make it. We were asked by one of the park rangers if we’d seen a man of a certain description running through where we were. There are no words. We had all gone through a beautifully challenging 66 miles with some intense elevation. He was around the road from making it back. He didn’t. There is nothing like ALC. It’s called the love bubble. We are a family and we are all devastated to lose a member of our family.”

Video from the scene shows two cars, one with a shattered windshield and apparently missing a wheel; a broken white road bike lies in the center of the street some distance up the road.

Reports state that the victim had just left the AIDS/Lifecycle SoCal Day on the Ride.

Biking in LA reports that this is at least the 30th bicycling fatality in Southern California this year, and the tenth this year in Los Angeles County. Eleven of those deaths have been hit-and-runs.