AHF, Impulse LA and La Fuente Are Back On to Ride the BE PROUD 20 Bus from LA to WeHo for Pride 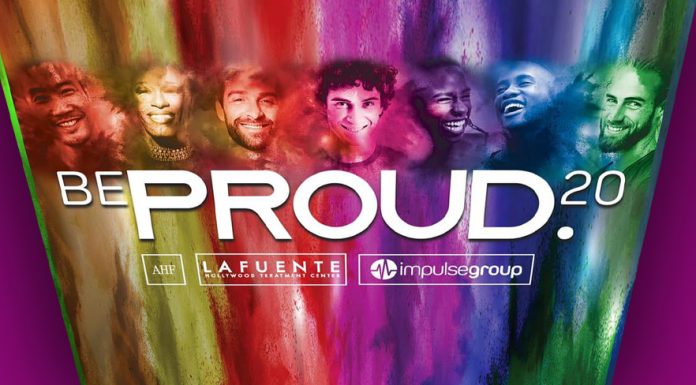 After being postponed twice due to safety concerns around the violence and rioting that has followed some of the George Floyd protests in Los Angeles at the start of Pride Month in June, AIDS Healthcare Foundation (AHF), Impulse Los Angeles and La Fuente Hollywood Treatment Center finally get to spread some joy and celebrate a little bit of pride with the BE PROUD 20 double decker bus joy ride from Downtown Los Angeles to West Hollywood.

Impulse Los Angeles–the founding chapter of the international group dedicated to promoting healthier sexual lifestyles among gay men, the Los Angeles-based AIDS Healthcare Foundation (AHF)–a global nonprofit organization providing cutting-edge medicine and advocacy to over 1,000,000 people in 43 countries, and La Fuente Hollywood Treatment Center–the nation’s leading LGBTQ addiction treatment center, are hopping on a double-decker bus and spreading joy with the help of community partners, allies and some colorful friends. There will be live entertainment and the bus will make some pit stops to drop off generous donations to non-profit organizations.

The BE PROUD 20 double-decker bus is leaving Los Angeles City Hall in Downtown Los Angeles. It will travel through Echo Park, Silverlake, Hollywood and end in West Hollywood outside of Rocco’s by the rainbow crosswalks. The BE PROUD 20 bus will be hosted by festive representatives from each organization, City Officials, community stakeholders and some of Los Angeles’s most fabulous drag performance artists.

The month of June is LGBT Pride Month to commemorate the Stonewall riots, which occurred at the end of June 1969. Many pride events are normally held during this month to recognize the impact LGBT people have had in the world. However, the COVID-19 pandemic has impacted the way we celebrate Pride this year. Many pride events have either been postponed, or canceled across the country and around the world.

The BE PROUD 20 will broadcast live on Facebook at 12pm for the kick off, approximately at 12:45 and again at 2pm.