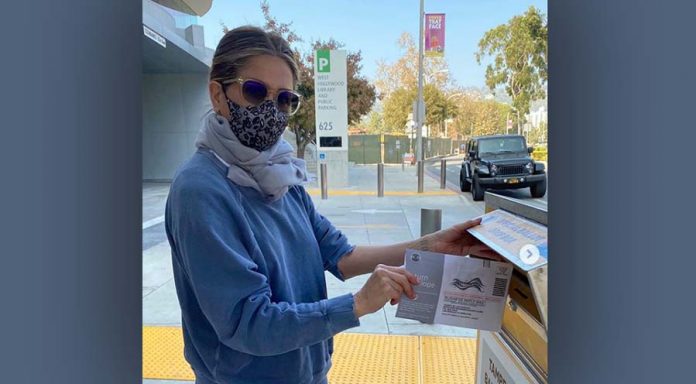 An Instagram post shared by actress Jennifer Aniston yesterday shows the masked star placing her ballot in one of the official West Hollywood ballot drop boxes located at the West Hollywood Library.

The star publicly endorsed Joe Biden and Kamala Harris for president, stating that so much is at stake for women, LGBTQA+, people of color and more groups in this election. 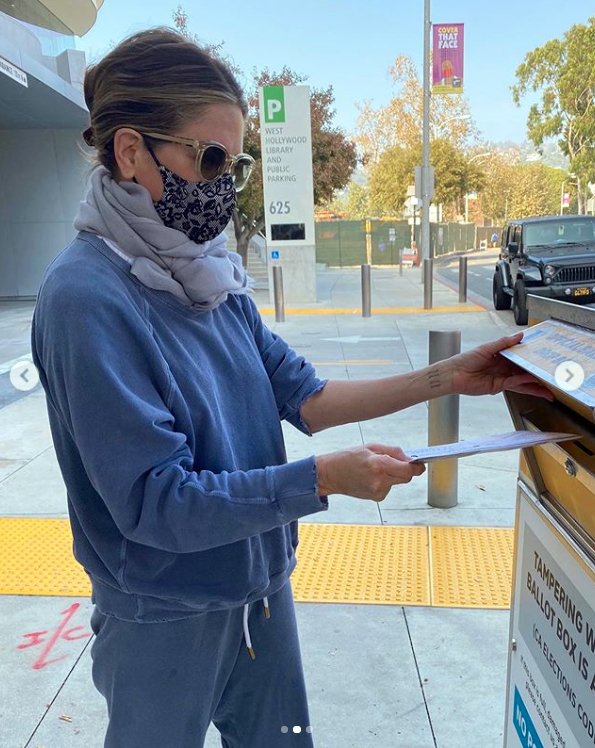 “#IVOTED for @joebiden and @kamalaharris,” reads her Instagram post. “I dropped my ballot off, and I did it early 👏🏼 I voted for them because right now this country is more divided than ever. Right now, a few men in power are deciding what women can and can’t do with their own bodies. Our current President has decided that racism is a non-issue. He has repeatedly and publicly ignored science… too many people have died.

I urge you to really consider who is going to be most affected by this election if we stay on the track we’re on right now… your daughters, the LGBTQ+ community, our Black brothers and sisters, the elderly with health conditions, and your future kids and grandkids (who will be tasked with saving a planet that our leadership refuses to believe is hurting).

This whole thing isn’t about one candidate or one single issue, it’s about the future of this country and of the world. Vote for equal human rights, for love, and for decency.
❤️🗳

PS – It’s not funny to vote for Kanye. I don’t know how else to say it. Please be responsible 🙏🏼” 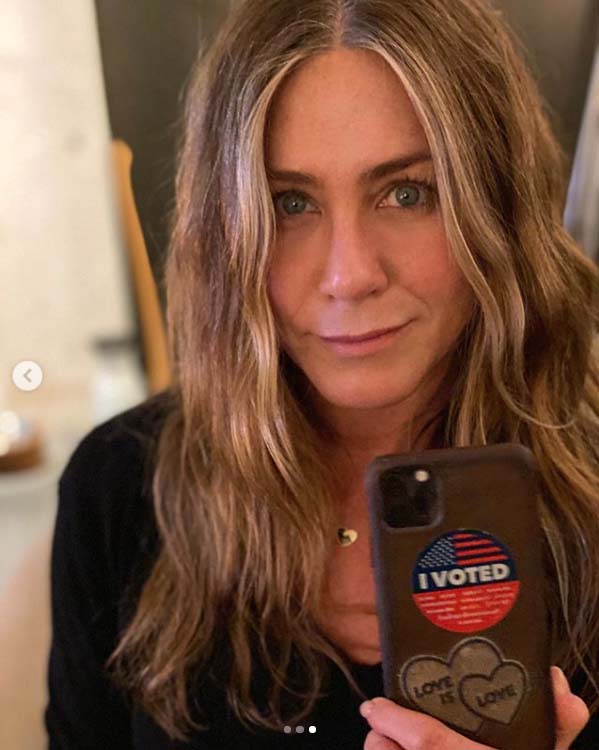 The locations within the City of West Hollywood are as follows:

Official Vote-By-Mail Ballot Drop Boxes are bright yellow, white, and blue and are clearly marked. They feature multiple safety and security features, such as 24-hour electronic monitoring. There have been reports of unofficial fake drop boxes being installed in California; please familiarize yourself with these Official Vote-By-Mail Ballot Drop Box locations and graphics by visiting: www.lavote.net/home/voting-elections/voting-options/vote-by-mail/vbm-ballot-drop-off.

As part of the nationwide General Election, the City of West Hollywood’s Municipal Election will be conducted by the Los Angeles County Registrar-Recorder/County Clerk. All California residents will receive a vote-by-mail ballot at their registered address. In addition to federal, statewide, and countywide votes, West Hollywood residents will be casting their votes for two members of the West Hollywood City Council and deciding on one City Ballot Measure. More information is available at www.weho.org/elections.

She needs to step aside and let the next generation of mediocre tv stars to arise. She has exceeded her fame clock. She will be canceled by the BIPOC BLM crowd soon.