Actor Leslie Jordan’s Cause of Death was Cardiac Arrest 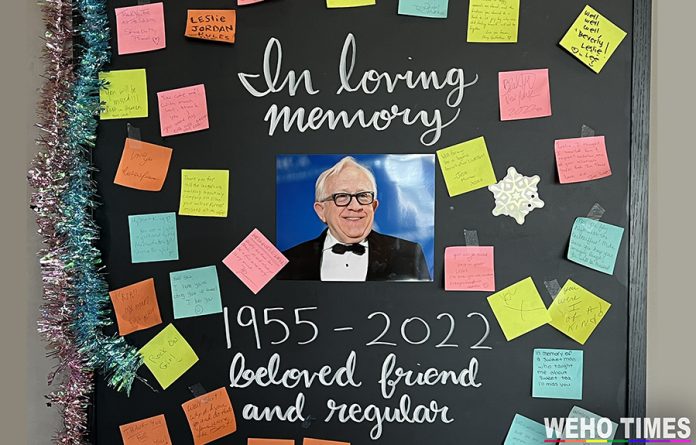 Beloved actor Leslie Jordan, known for his roles on Will & Grace, American Horror Story and Call Me Kat, passed away on Oct. 24, 2022, at the age of 67 from a sudden cardiac dysfunction. A coroner’s report has determined that Jordan’s death was from natural causes and listed arteriosclerotic cardiovascular disease as a secondary factor. He was found in his car after he crashed into the side of a building on Cahuenga Boulevard and Romaine Street.

Rumors circulated that his cause of death may have been drug related. However, he was widely known to be sober for more than two decades at the time of his death. There was no evidence of drugs or alcohol in Leslie’s system. 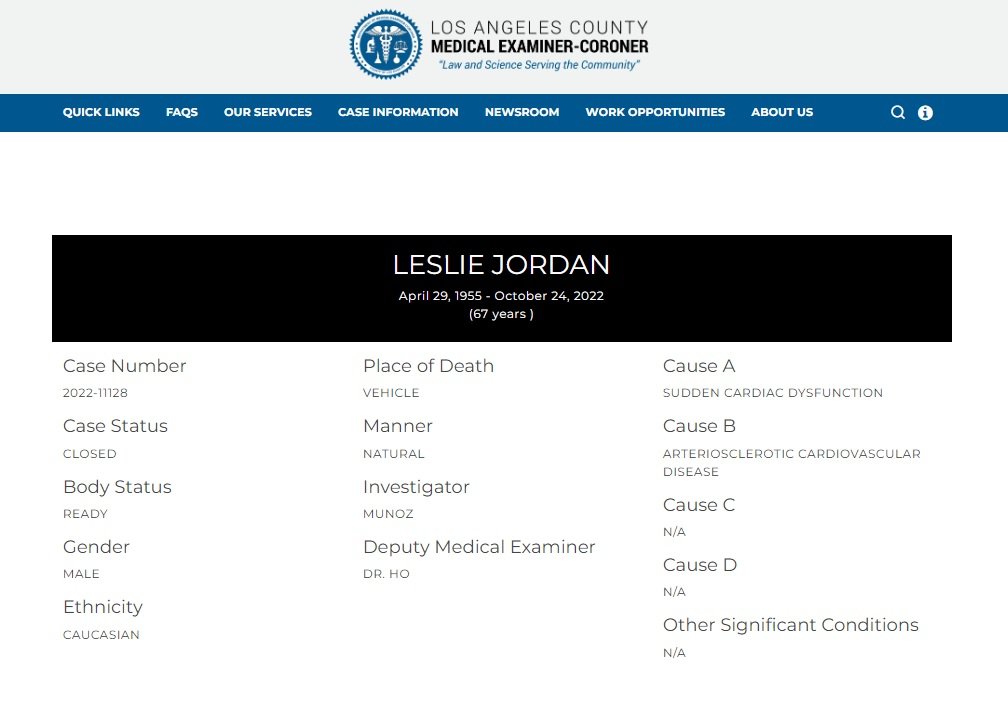 He was widely known in the West Hollywood community. He was a regular at the Big Gay Starbucks in WeHo before it closed down this past summer. He also hosted the West Hollywood Chamber of Commerce Creative Business Awards in 2019. He was also highly regarded in the recovering community and he was very open about being clean and sober.

He became a social media sensation during the pandemic with selfie videos he posted on his Instagram account which earned from 80,000 Instagram followers to a 5.8 million.

In 1990, Jordan portrayed the ski patrol director in Ski Patrol. In 2007, he guest-starred on the comedy drama Ugly Betty as celebrity-trasher Quincy Combs, and starred as Jesse Joe in the short-lived CW television program Hidden Palms.

Jordan starred in the pilot episode of Laugh Out, the world’s first interactive, gay-themed comedy show. On August 18, 2014, Jordan became a housemate in the 14th edition of the British reality game show Celebrity Big Brother. He was the second person to leave the Big Brother house (August 29, 2014). In January 2015, Jordan guest-starred in the British sitcom Benidorm for two episodes, as the character Buck A. Roo.

On November 1, 2017, Jordan appeared in the new British television drama Living the Dream, produced jointly by Sky and Big Talk Productions, but branded as a Sky Original Production.

In the fall of 2018, Jordan starred in the Fox sitcom The Cool Kids, along with Martin Mull, Vicki Lawrence, and David Alan Grier.

On April 2, 2020, it was announced Jordan will play the role of Phil in the Fox sitcom Call Me Kat, along with Mayim Bialik, Swoosie Kurtz, Kyla Pratt, and Cheyenne Jackson.

He appeared as one of four guest panelists on July 28, 2022, on the Gutfeld! TV show on Fox News.