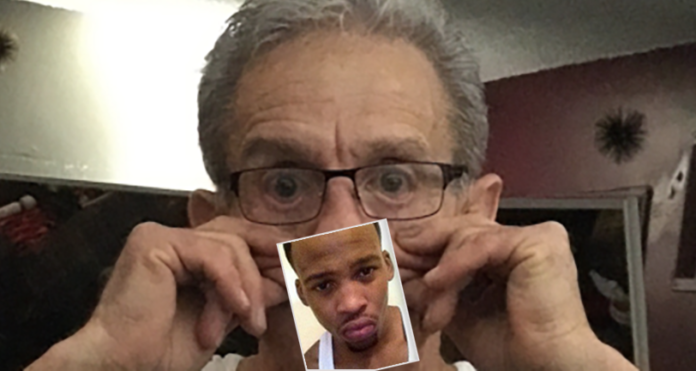 According to Ms. Cannick’s Press Release dated September 5, “a new website has been established in the wake of the scandal following the July 27 crystal meth overdose death of 26-year-old Gemmel Moore in the West Hollywood home of prominent political donor Ed Buck and the numerous allegations from Black gay men against Buck recounting stories about a man who they say has a Tuskegee Experiment like fetish which includes shooting drugs into young Black men that he picks up off the street or via dating hookup websites.

Justice4Gemmel.com was launched today by the family and friends of Gemmel Moore in an effort to reach out to more victims of Ed Buck’s in hopes of assisting homicide detectives in their investigation and the Los Angeles County District Attorney’s office in filing criminal charges against Buck.”

Nana Gyamfi, the attorney providing legal counsel to the Moore family and victims of Ed Buck said, “Getting more victims to come forward about Ed Buck could provide important insight and evidence about Buck’s double life as a top Democratic donor whose friends include Los Angeles’ political elite and as the man who picks up vulnerable young Black [sic] gay men off of the streets and online and forcibly injects them with crystal meth.”

In the story, first reported by WEHO TIMES, the Los Angeles County Coroner reported the death of Gemmel Moore, 26, of an accidental meth overdose at 7:22 p.m. on July 27 at the West Hollywood home of high-profile Democratic Party donor and political activist, Ed Buck. The youth’s death reportedly occurred just hours after he left his family in Texas in order to join Buck.

While a case detail report filed by the medical examiner lists the manner of Gemmel Moore’s death as an “accident” and its cause as “methamphetamine use,” the deceased man’s mother told the WEHO TIMES that something more nefarious may have occurred in the short hours between when her son hopped on a plane using a ticket she says was purchased by the well connected Buck, and the moment he took his final breath.

In his journal, Moore wrote, “I honestly don’t know what to do. I’ve become addicted to drugs and the worst one at that,” a December entry reads. “Ed Buck is the one to thank. He gave me my first injection of crystal meth it was very painful, but after all the troubles, I became addicted to the pain and fetish/fantasy.”

“My life is at an alltime [sic] high right now & I mean that from all ways. I ended up back at Buck [sic] house again and got munipulated [sic] into slamming again. I even went to the point where I was forced to doing 4 within a 2day [sic] period. This man is crazy and its [sic] sad. Will I ever get help?”

“We’re hoping that through this website young men who might be apprehensive about coming forward or who want to come forward anonymously can feel comfortable in doing so by contacting us directly,” commented LaTisha Nixon, mother of Gemmel Moore.

Justice4Gemmel.com, which lists Jasmyne Cannick as the Media Contact, offers a variety of ways to get involved, receive the latest updates on the investigation, and attorney contact information for evidence in the case:  “If you are a victim of Ed Buck’s or you have information about Ed Buck as it relates to the death of Gemmel Moore, please contact attorney Nana Gyamfi by clicking here.”

There is also an option to “Donate” with a link to a “gofundme” page organized by and with proceeds going directly to LaTisha Nixon, (Moore’s mother).