THE ABBEY TO HOST FUNDRAISER FOR PULSE NIGHTCLUB 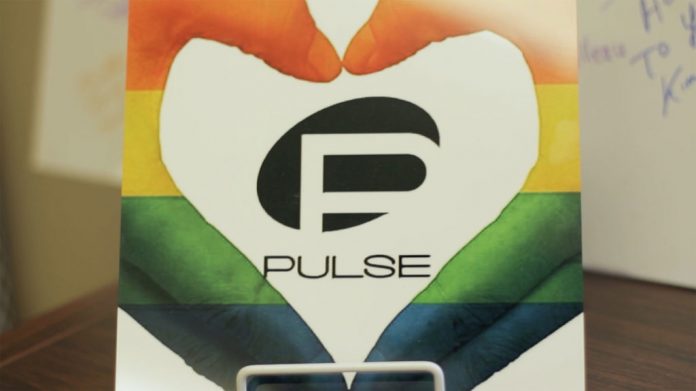 Several survivors will be at the event to share their stories.

Cooley and Poma will co-host a ticketed event at The Chapel, adjacent to The Abbey. The event begins at 7 PM with a cocktail reception followed by a seated multi-course dinner with Ketel One cocktails. Tickets are limited to 125 people and are available for $150 at theabbeyweho.com/onepulse. 100 percent of ticket sales go to onePULSE Foundation, the official charity created by the owners of Pulse Nightclub.

Following the dinner, at 9:30 PM at The Abbey, will be a special charity drag show, which is open to all. Donations will be accepted at the door at The Abbey and throughout the evening.  The show will be hosted by Allusia with performances by Sasha Colby, Jessica Wild, Misty Violet, Barbie’s Addiction, Calypso Jette and more performers to be announced, some of which performed at Pulse Nightclub.  Limited reserved seating for the show is also available online at theabbeyweho.com/onepulse.

“This was the worst massacre against the LGBT community in American history and it took place in a nightclub, a safe space for the community, and something that is very personal to me,” said David Cooley, owner of The Abbey Food & Bar in West Hollywood.  “I had the opportunity to host Barbara and some of the survivors at The Abbey a few months ago and it was a life-changing experience. I want each of the survivors and victims’ families to know that we are still with you and we will make sure the world remembers your stories.”

Donations to OnePulse Foundation will support the construction and maintenance of the memorial, community grants to care for the survivors and victims’ families, an educational program to promote amity among all segments of society, endowed scholarships for each of the 49 angels and ultimately a museum showcasing the historic artifacts and stories from the event. Sunday, June 12, 2016 was a horrific day in Orlando and in our nation. Pulse Nightclub became the site of the deadliest terrorist attack ever suffered on U.S. soil by a single gunman, resulting in the deaths of 49 innocent souls. In anticipation of the one-year mark of the Pulse Nightclub tragedy, onePULSE Foundation is preparing to unveil plans for the creation of a permanent memorial, as well as the announcement of a national Board of Trustees, and the establishment of a significant fund.  Our goal is to create a sanctuary of hope around this tragic day in American history which honors the 49 lives that were taken, the 68 injured victims, and the first responders and healthcare professionals who treated them. This fund will support the construction and maintenance of the memorial, community grants to care for the survivors and victims’ families, endowed scholarships for each of the 49 angels and ultimately a museum showcasing the historic artifacts and stories from the event.  The onePULSE Foundation is the official 501(c)(3) incorporated by the owners of Pulse Nightclub. All donations will be used for the construction and operation of the official memorial and museum, community grants and educational scholarships.

About The Abbey Food & Bar®

Founded by David Cooley in 1991, The Abbey has grown to become a West Hollywood institution, home of the Gay Walk of Fame, Elizabeth Taylor’s favorite pub, and a community center.  A favorite of celebrities, locals and tourists alike, there is no better place to meet old friends, make new ones, enjoy a generous 10-ounce martini, eat a delicious meal and just kick back and have fun. The Abbey has been recognized with many accolades including Logo/MTV’s Best Gay Bar in the World, Zagat’s Most Popular Nightlife Destination in Los Angeles, LA Weekly’s Best Gay Bar, Best Bar for Day Drinking and Best Dance Club, Time Out’s Best Gay Bar in Los Angeles and Foursquare’s Most Popular Bar in California.   The Abbey, David Cooley and his staff can be seen on E! the reality show What Happens at The Abbey. Plan your visit at www.theabbeyweho.com.