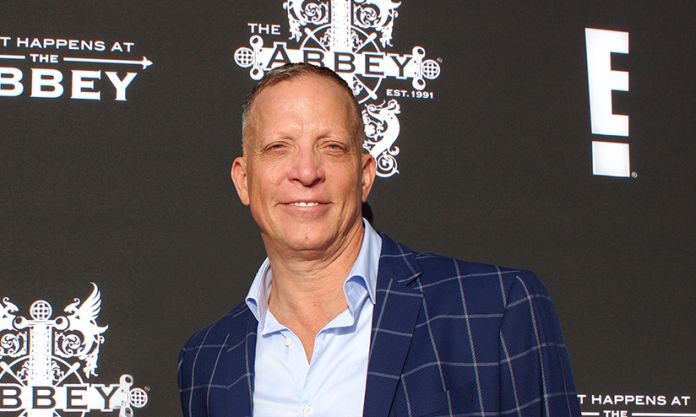 David Cooley, the founder of The Abbey Food & Bar and The Chapel nightclub, is not happy with Alaska Airlines. He’s asking his Facebook followers to take their traveling funds elsewhere after an incident in one of their planes where Cooley says the airline discriminated against him and his partner for being gay.

In a Facebook post dated July 29, 2018, Cooley claims that he and his partner were forced to give up their first class seats to accommodate a straight couple.

“I have never been so discriminated against while traveling before. I was removed from an Alaska Airlines flight # 1407 from John F. Kennedy International Airport to LAX to give preferential treatment to a straight couple. After my traveling companion and I had been seated in our assigned seats for a while, we were approached by the flight attendant and my companion was asked to move from his premium seat to coach, so a couple could sit together. I explained that we were a couple and wanted to sit together. He was given a choice to either give up the premium seat and move to coach or get off the plane. We could not bear the feeling of humiliation for an entire cross-country flight and left the plane.

I cannot believe that an airline in this day and age would give a straight couple preferential treatment over a gay couple and go so far as to ask us to leave. We will never be flying Alaska Airlines or their recently purchased Virgin Airlines Group ever again. Thank you to Delta Air Lines for getting us home safe. If you are an #LGBT person, please spend your travel dollars with an LGBT friendly airline like Delta.”

The post has close to 2,000 likes, and reactions as of the posting of this piece, with close to 1,000 shares. Most of the comments rally in support of Cooley. 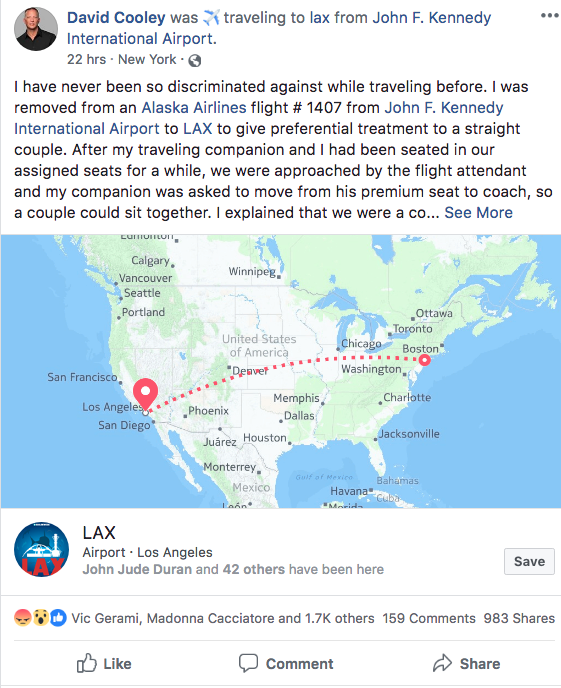 “THIS is the world tRumpsters [sic] have created,” Chris Cheuvront, posted in the comment’s section. “So sorry, David, BUT the flip side is that the LGBT community wields the most economic power in travel bc we travel 5+ times per year for pleasure compared to 0-2 times among the str8s. Let’s all boycott Virgin and see how their revenues tank.”

There were others who were not so quick to judge and defended Alaska Airlines.

“I’m certain that their management would be just as appalled. File a complaint with them and escalate it to management,” Shane Levine posted a reply. “That is the way to make sure that it never happens again. We have to also be careful not to tarnish an entire companies [sic] reputation by the actions of one or two people. It’s like never going to Starbucks again because of one person being rude. It’s not the airline policy, it’s the bad decision of a few.”