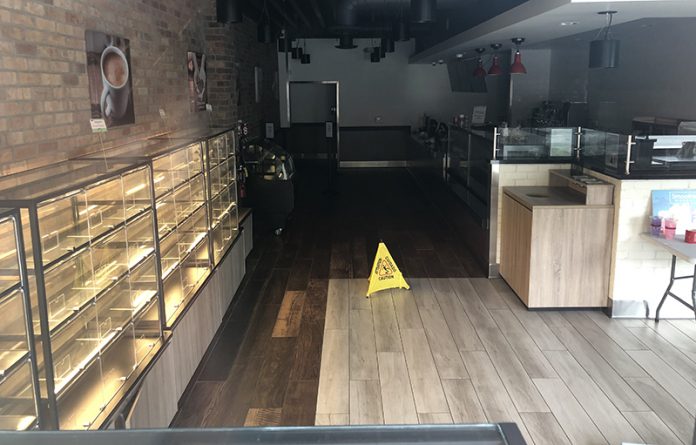 85°C Bakery Café WeHo has closed after being open for about a month. The Taiwanese-based bakery located at 8601 Santa Monica Blvd., on the corner of Santa Monica and Westmount Drive, where Fit Foods once stood, had its official opening on April 12 and by May 15, the baked goods were cleared away and the space has been empty for the past week.

An employee at the Century City location told WEHO TIMES the West Hollywood location is closed and he does not know if it will be open again. Their yelp page has been updated to inform customer that the place is closed, even though their hours of operation show them as currently open for regular hours while the location remains empty. 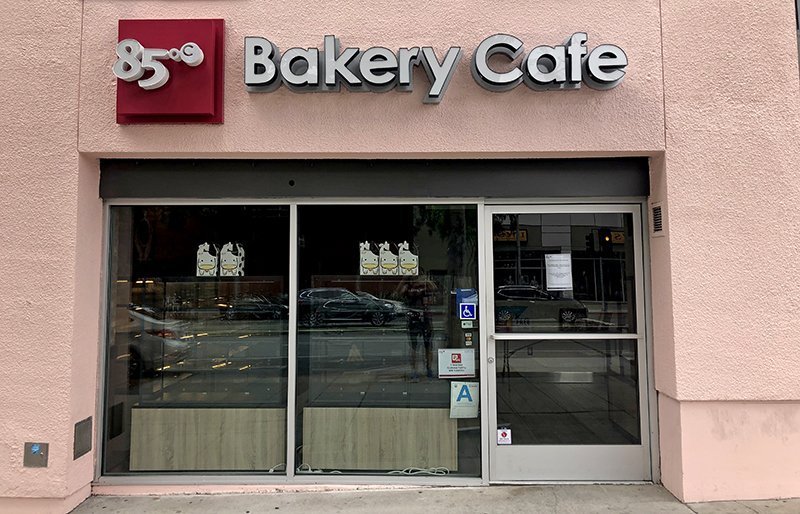 There have been speculations that they did not get enough traffic from the fitness obsessed WeHoans and they cut their lease short and counted their losses.

Another source tells us that they didn’t get the proper permits to stay open for business and had to close indefinitely.

Calls to their corporate office have not been returned to confirm or deny these allegations.

85°C Bakery Cafe WeHo had a soft opening on April 1, to introduce themselves to the community. They gave away free samples and held a mini job fair to staff the newly open bakery. A lot of work went into getting them open for business.

85°C Bakery Cafe, started in 2003, when founder Mr. Cheng-Hsueh Wu visited a cafe in a 5-star hotel. While enjoying gourmet pastries and drinks, he realized that the prices were set way too high for people to enjoy on a whim. Mr. Wu envisioned a cafe that provides premium coffee, bread, and cake at affordable prices. Thus the 85°C Bakery Cafe journey began.

Today, 85°C has over 1,000 locations worldwide. In 2008, the first U.S. store opened in Irvine, CA. The location quickly became an overnight sensation, with over 5,000 Yelp reviews and lines out the door. Featured on TIME, CNN, NPR, and Travel Channel, 85°C Bakery Cafe has become a culinary phenomenon and a new cafe experience for all.

Who would open a place that only sells bread in WEHO!?

Honestly, This is the first time I ever heard of this place. Maybe a little local marketing would have done wonders.