37th Los Angeles Marathon Made its Way Through West Hollywood

The 37th Los Angeles Marathon made its way through the city of West Hollywood once again at its regularly scheduled date and time after having an event four months ago last year in November, for the 2021 race, which was delayed due to the COVID-19 Pandemic. The 26.2-mile course event presented by Asics began at Dodger Stadium and concluded at Century Park in Century City like previous years. The portion of the route that runs through the City of West Hollywood also remained the same.

An estimated 15,000 athletes from all walks of life around the country and the world ran the 37th Los Angeles Marathon. From elite runners, to intermediate joggers, to power walkers, to wheelchairs, the crowds hit Sunset, San Vicente, and Santa Monica Boulevards on their way to the finish line in Century City. Friends and family members stood on the sidelines and cheered everyone as they passed. 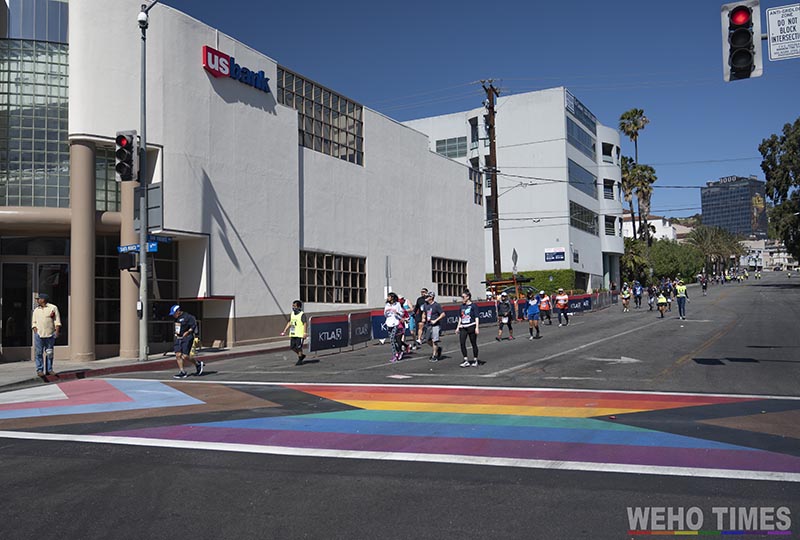 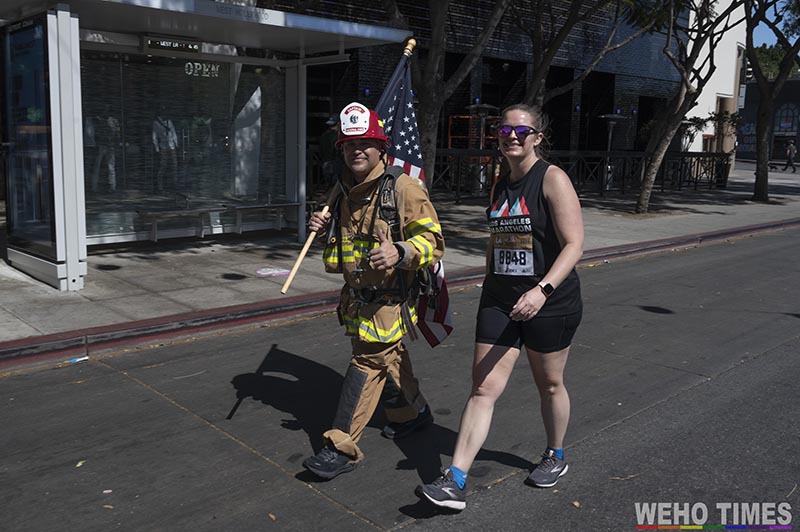 Meringor held off Korir’s challenge by about 8 seconds at the end, winning the women’s race in 2 hours, 25 minutes and 3 seconds. Korir won the men’s race for the second consecutive year, with a time of 2 hours, 9 minutes and 7 seconds. Under marathon rules, elite female runners started the race 16 minutes and 5 seconds before the men.

Kenya's Delvine Meringor won today's #LAMarathon presented by @ASICSamerica in 2:25:04. She also won the gender battle, holding off compatriot John Korir by just 9 seconds off of a 16:05 head start.

The scene was festive in West Hollywood with WeHo Sheriffs stationed at road blocks to direct traffic.

The dancing Tinas were on the sideline on Santa Monica Boulevard performing for the runners passing them by. One of the Tinas said that when they heard there would be live entertainment along the way, they took it as an invitation to go out perform for the marathon runners with some Tina Turner classics. 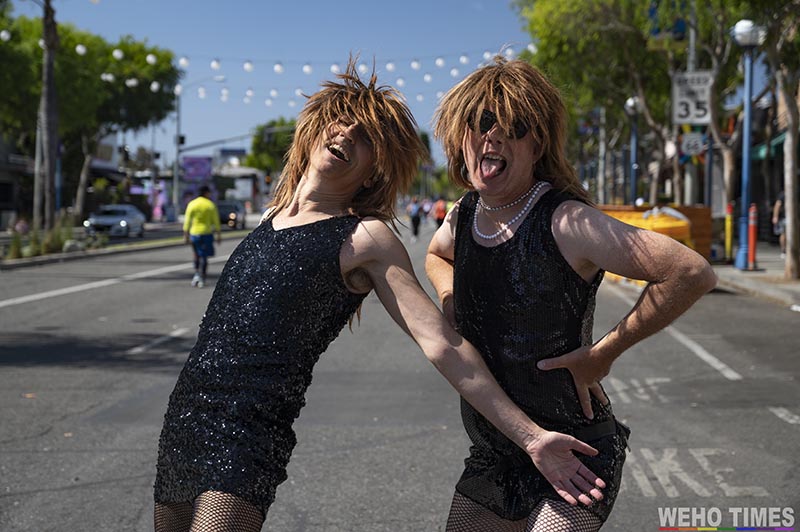 Runners began at Dodger Stadium and continued through downtown before turning northwest past Echo Park Lake, into Hollywood, West Hollywood, past Beverly Hills and onto Century City. Participants in wheelchairs started at 6:30 a.m., followed by elite women runners at 6:45 a.m. and elite men at 6:55 a.m.

West Hollywood is always the best area to run thru! So much energy and vibe ! Thank you!!