The 36th Los Angeles Marathon made its way through the city of West Hollywood today, Sunday, November 7, 2021. The annual event presented by Asics was part of a 26.2-mile Stadium to the Stars course from 4 a.m. to 2 p.m.

Elite runners, intermediate jogging and power walkers hit the Sunset Strip, down San Vicente and Santa Monica Boulevard on their way to the finish line in Century City. Friends and family members stood on the sidelines and cheered everyone as they passed. 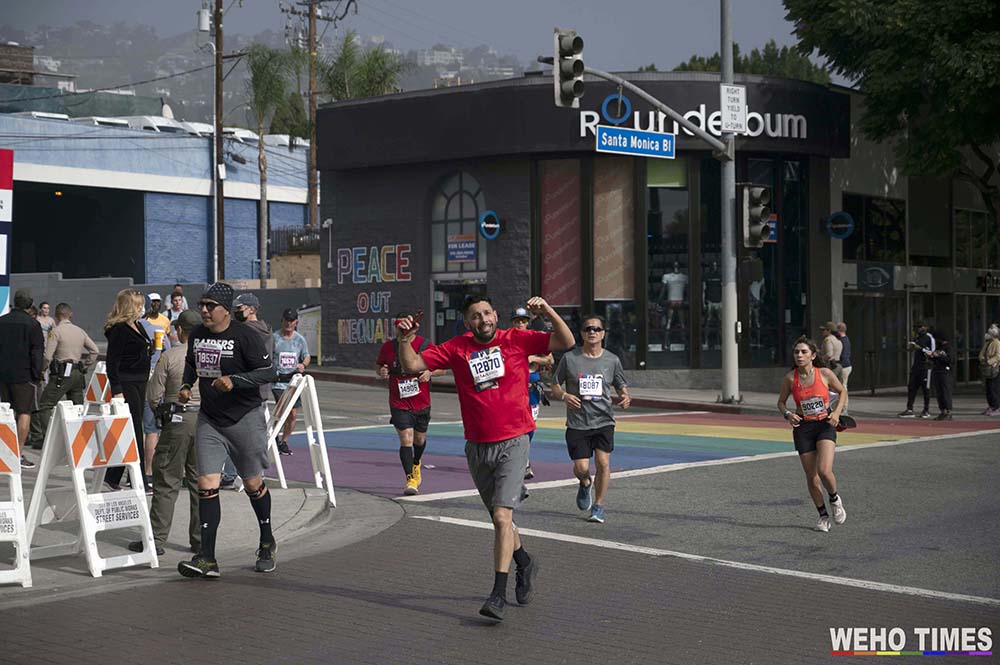 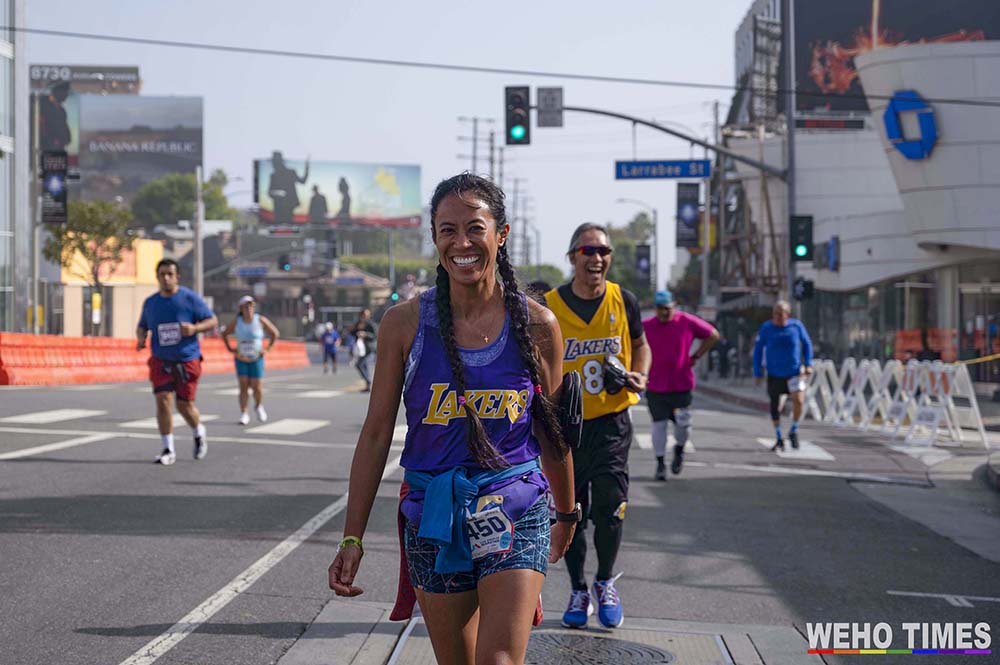 West Hollywood Sheriff’s and first responders stood by. Some just observed, others applauded and even cheered the runners, letting them know they were close to the finish line.

There were also plenty of water stations and street restroom facilities to support this year’s participants. 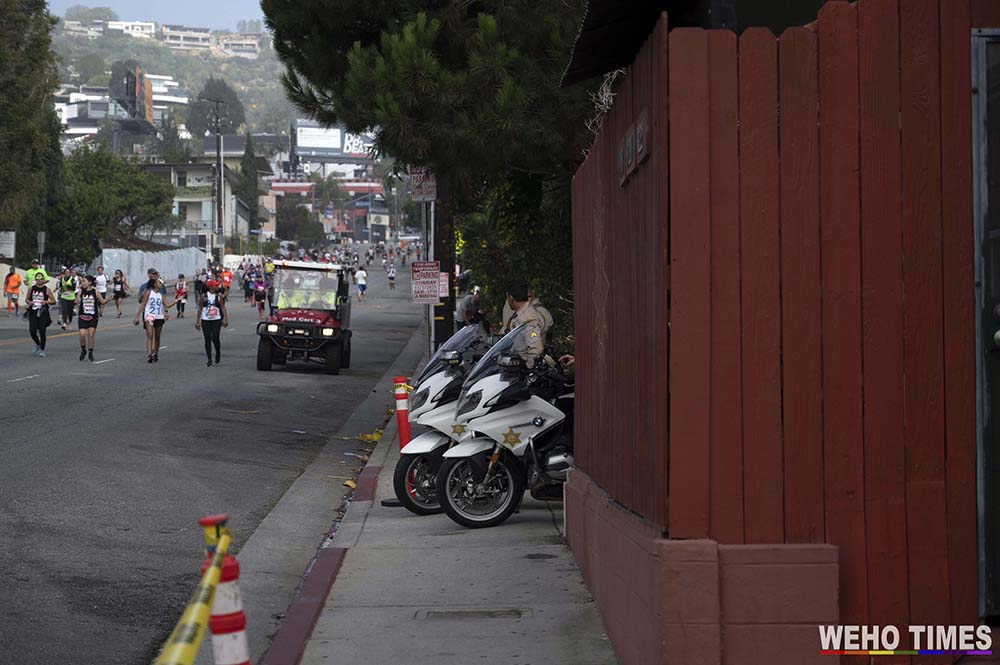 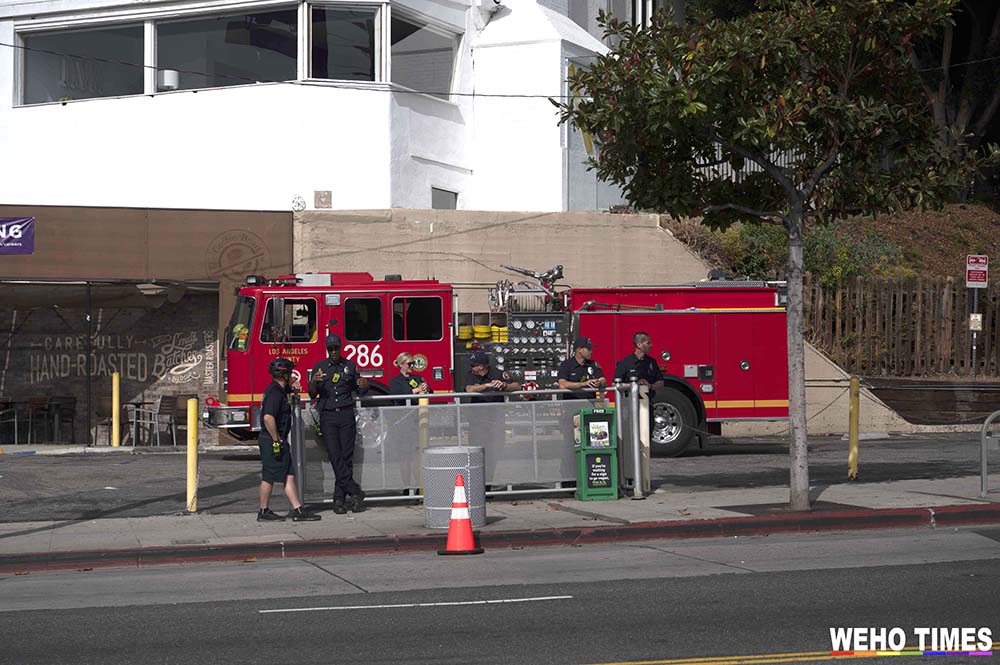 The 36th Los Angeles Marathon inspired plenty of costumes to brighten what started out as a gloomy day. From tutus, to funny-shaped hats, to fairy wings, there was plenty to see on the streets. 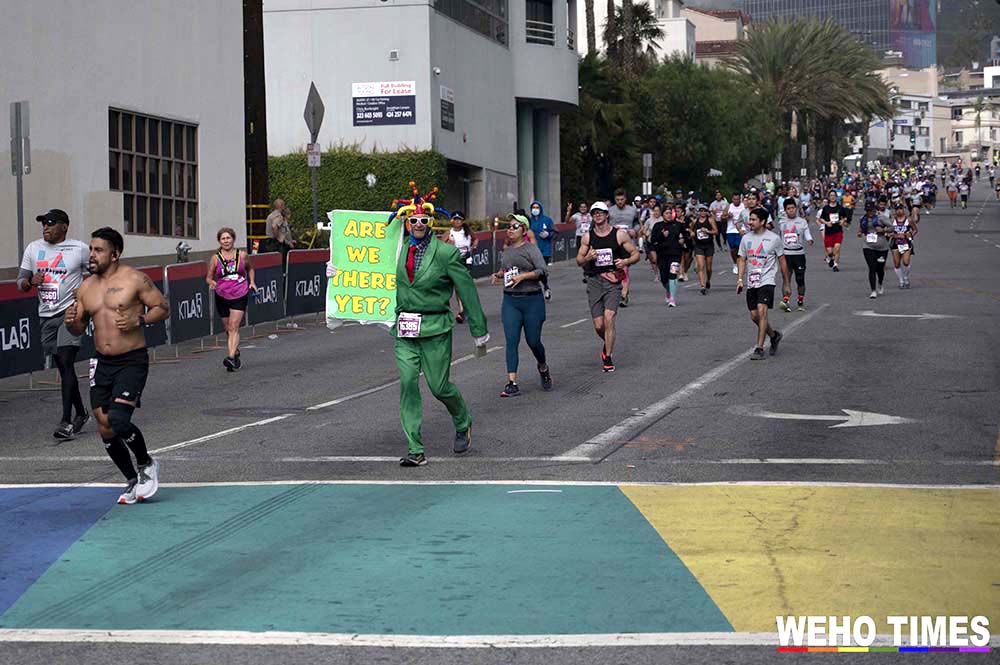 One man dressed as Conchero (shells) dancer showing off his indigenous dance costume with a giant feather headdress and shells that rattled with every step he made. Concheros are referred to as the Chichimecas or Aztecas, and there is also a version called the Mexicas, which seeks to get back to the indigenous roots of their dance. They often perform at Pride celebrations. 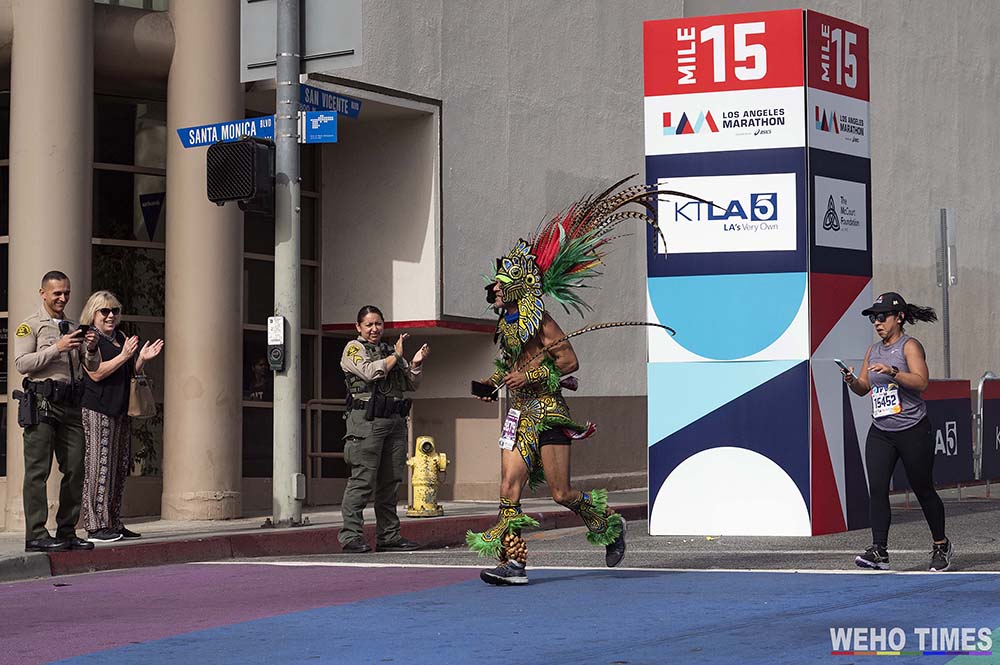 This year’s 36th Los Angeles Marathon fell on the same weekend as Palm Springs Pride. Many West Hollywood residents skipped town and headed to the desert to avoid the street closures on main and side streets throughout the city.

The marathon did not run as long as anticipated. Runners were scarce by 12pm. Sunset Boulevard was open to moving traffic by 1 p.m and Santa Monica Boulevard was fully open by 2 p.m. 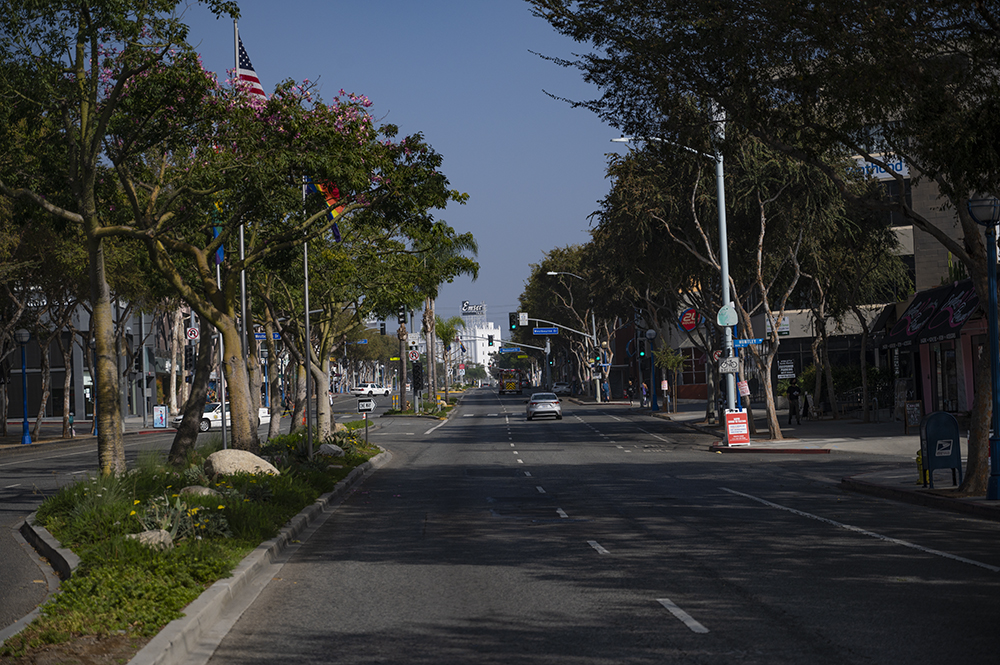