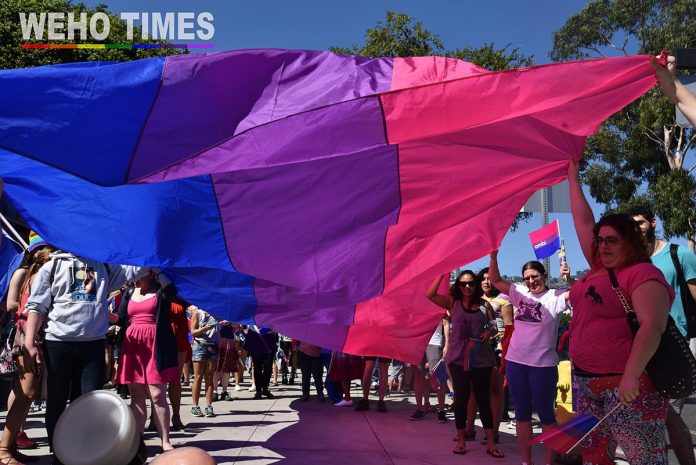 While other cities have issued proclamations or participated in activities surrounding Bisexual Visibility Day, the WeHo Bi Pride Celebration is believed to be the first city-sponsored bisexual pride event in the nation. Programming will begin with a community festival at 1:30 p.m. followed by food and activities from 2 p.m. to 4 p.m. and live performances and a City proclamation from 4 p.m. to 5 p.m. Then, there will be a March for Bi-Visibility from 5 p.m. to 6 p.m.; the WeHo Bi Pride Celebration will finish with the Glow Party from 6 p.m. to 9 p.m.

“We’ve really increased what is going to happen at the event and it is truly going to be a community event geared at awareness, outreach, and community,” Bi Pride organizer John Erickson told WEHO TIMES. “We have a number of organizations that are partnering with us including the Los Angeles LGBT Center, ACLU SoCal, Stonewall Democratic Club, Ambi, HRC Los Angeles, and Still Bisexual. Additionally, we’re increasing the number of live performances and vendors that will be there so there is more of an array of performances as well as the march will occur like last year and then from 6pm – 9pm we’ll have a glow party (new).”

Erickson added that Bi Pride is expecting a larger number of people to turn out this year due to last year’s success.

The WeHo Bi Pride Celebration is free and open to the public.