Study: Meth Use is ‘Skyrocketing’ in WeHo Thanks Largely to Dating Apps 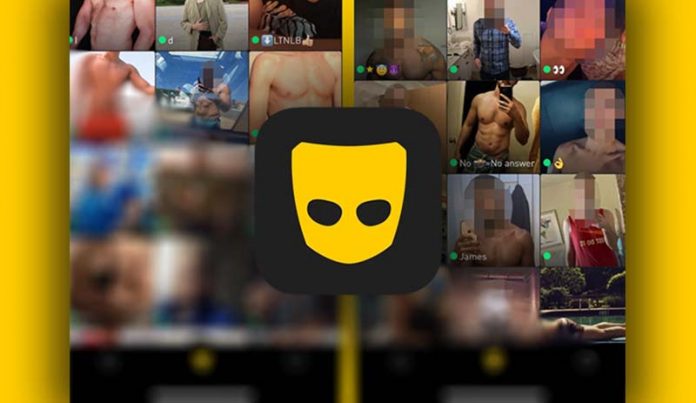 The month of September is recognized as National Recovery Month. The Safe WeHo Community Coalition will discuss the rampant rise in meth use in West Hollywood at its next (virtual) meeting on September 29th, 2021. A WeHo community advocate is also working to shine a light on the dark practice of chemsex and the way its discussed on dating apps like Grindr via a new video interview series by Institute for Public Strategies’ West Hollywood Project, called LA-SOS (Los Angeles Strategies and Solutions) this month.

Chemsex is the practice of using certain drugs (meth, GHB, cocaine, MDMA/ecstasy) to enhance sexual experiences. Chemsex is popular among gay men, many of whom use the app Grindr to make connections.

“Grindr is the number one gay dating app, a lot of people use it to make friendships, or form relationships or one night stands”, said Justin Brennan, a 5 year West Hollywood resident who started the community group Get it Together, a community group formed to push for solutions that support the health and well-being of West Hollywood.

Two academic studies found that men who have sex with men (MSM) use social networking apps like Grindr, Scruff and Jack’d to arrange chemsex parties, acquire or sell drugs, sell sex in exchange for drugs, or to find sexual encounters that involve drugs, usually crystal meth. Research studies also found that MSM reported more use of crystal meth, ecstasy, cocaine and alcohol when meeting on the apps, compared to when meeting in person. As of 2015, men who have sex with men (MSM) used meth at least 4 times more than the general population and 50% of MSM use drugs solely for sexual purposes.

“What I’ve noticed, in the last few years, its more blatant broadcasting of selling or buying or wanting to do meth, and then its like a straight to it approach where we used to say Hi, we used to say How are you. A lot of times its straight to, Hey, do you party? Hey, do you do meth or party and play?” said Brennan via a press release by Public Strategies.

Additionally, from January 2019 through December 2020, Service Planning Area (SPA) 4 where West Hollywood is located, had the highest accidental drug overdose rate in L.A. County, and the highest rates of meth-related ED visits and hospitalizations of all ages combined. These overdose deaths are primarily attributed to meth. In recent West Hollywood surveys, respondents said “open meth use” at events (74 percent) and in bars and clubs (68 percent) were issues harming the community.

“Meth has always been present on the (Grindr) app,” said Justin Brennan. “I would say in the last 5-6 years it’s become a much heavier presence, a much more aggressive tone and then oddly, with new ownership at Grindr, there doesn’t seem to be any tighter guardrails or boundaries, to combat the prevalence of it, they don’t address the chemsex crisis at all,” said Brennan.

Federal law protects Grindr (and all social networking apps) from liability for any illegal activity that happens on their app. However, several social apps flag accounts and detect potential drug selling drug or other illegal activities like meth use. Brennan would like to see Grindr acknowledge their role in this crisis and focus on new solutions informed by ongoing conversations with all affected communities.

“They are a very successful app that generates close to a 100 million annually, I heard maybe 40 million in profit annually, I don’t know that there is any other corporation this large that makes its money solely from the pockets of the LGBTQ community,” said Brennan. “The questions that need to be asked are what level of responsibility does a corporation have? And how much should they give back to a community that gives so much to them?”

“We work to change public policies, and rely on input from the public to do so. L.A. S-O-S video series helps to bring policy issues to life, by having candid conversations with people who have a direct, personal connection to these issues. These conversations make our project goals much clearer and provide actionable steps for people to take, to help make positive changes in their communities,” said Sarah Blanch, VP for Organizational Development at IPS.

The interviews are posted on the IPS You Tube pages and on the social media channels of the West Hollywood Project, and its sister program, the Westside Impact Project.

One of the first things that I learned during family week at Betty Ford, was that an addict will find drugs no matter where they are. Grindr is one of many apps, all who share responsibility in helping the very communities that they serve. How? Put up a link to recovery services. Do a psa available sight wide. Give dollars back to the community, as in sober events, scholarships to recovery facilities, and a good look at some software that might flag particular jargon.

Oh my god this study is a republican plot, anti-trans, Trumpian. Lol. Sorry I was channeling my inner Erickson.

The meth usage may also be increasing due to stress from pandemic and a poor economy due to same. It is awful to go in circles with some guy on Grindr only to have him ask at last “Do you party?” That means he’s a meth addict and it is all he cares about. Also, out of place capital T in their account name means the same. One guy I fooled with last month went to the bathroom and came back with a tourniquet around his arm and injected himself in front of me then bled! I lost my erection… Read more »