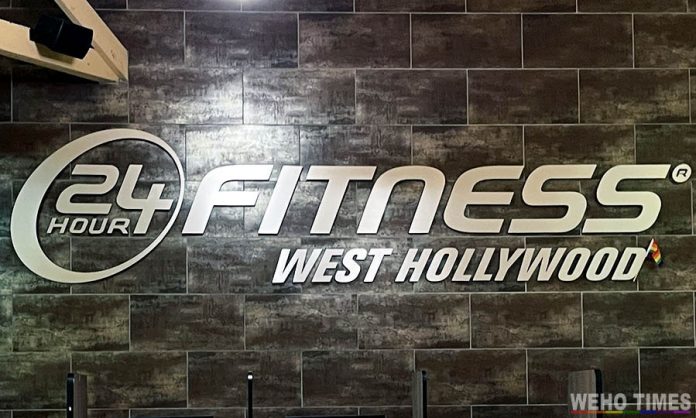 24-Hour Fitness WeHo is permanently closing tomorrow, Tuesday, November 30, 2021. Aerobics instructor Anthony Sambrano is hosting a Last Dance workout and after party event to say goodbye to the gym that has been serving the West Hollywood community for 25 years under the 24-Hour Fitness banner. The event will be from 9:30 a.m., to 11:30 a.m.

“This affair will  bring together the community one last time to commemorate the rich history of the gym that played a major role in the West Hollywood city life decades with a strong following among the LGBTQ community,” said Sambrano who has been an instructor at that location since the days of the Sports Connection dating back to 1988. “We will be kicking the morning off with a fun-filled electrifying workout. Get ready to boogie. A champaign reception will follow immediately after the class. Everybody is welcome to join the celebration.” 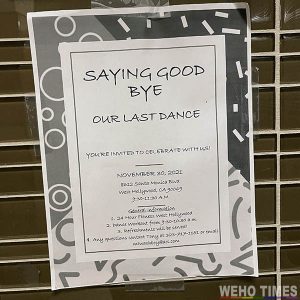 By everyone, Sambrano means everyone who has a membership at the gym, or anyone who wishes to purchase a day pass to access gym and attend the event.

Sambrano says he wants everyone to share their memories of the gym, which has been catering to the West Hollywood community since West Hollywood since way before the City of West Hollywood became an official city, dating back to the 60s, when it was the Beverly Hills Gym.

He also acknowledges several movies that were filmed at this gym, including some exterior shots for the movie “Perfect”, starring Jamie Lee Curtis and John Travolta. The story is based on a series of articles that were featured in Rolling Stone magazine chronicling the popularity of Los Angeles health clubs among single people.

“A lot has changed since the 1980’s,” he said. “Workouts have evolved from the basic aerobics and step classes to Zumba Dance, Body Pump, HIIT, Strength, Cycling, Mind-Body, etcetera, to meet the fitness goals of the members. Fitness instructors are trained monthly to keep up with the latest fitness trends.”

He will be hosting a special class honoring over three decades of workouts at 24-Hour Fitness WeHo.

“It is going to be a joyous bash with a great time you will not want to miss. Special invites have been sent to Richard Simmons, Jane Fonda, and Jamie Lee Curtis. Who knows, they may stop by.”