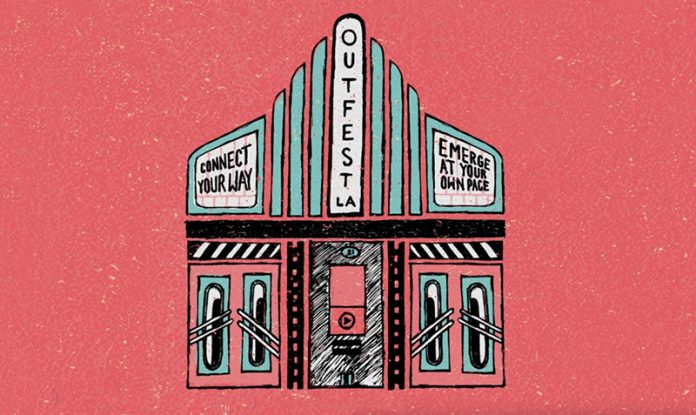 The 2021 Outfest Los Angeles LGBTQ Film Festival kicks off this August, Friday the 13th. The 39th film festival is offering 10 days of films, panels, online and in-person festival programing through August 22nd. The in-person screenings return after more than a year and a half after the outbreak of the Covid-19 pandemic.

The 2021 edition of the nation’s leading LGBTQ festival kicks off with an opening night screening of Jonathan Butterell’s “Everybody’s Talking About Jamie”. The screening, which is being put on in concert with Cinespia, will mark the festival’s first-ever outdoor gala taking place at the Hollywood Forever Cemetery.

“Fanny: The Right to Rock” is screening at the Orpheum Theatre closing night on August 22nd. The documentary film is about the female rock band of the same name, which was the first to release an album with a major label.

Also on closing night, Elliot Page will be honored with the 2021 Outfest Achievement Award. His award will be presented by Kieran Medina, the lead programmer of the festival’s Trans and Nonbinary Summit.

“When determining the recipient of our highest honor we look for those that have been a powerful representative for our community, that have soared to the highest levels of recognition for their talent and who have stepped into the shoes themselves as an independent filmmaker and creator,” Outfest executive director Damien S. Navarro said in a statement. “There is no one more poised to receive this year’s Outfest Annual Achievement Award than Elliot. His courage, advocacy and personal journey have made him one of the most admired and respected public figures of his generation and his talent and voice are leading a new generation within the LGBTQIA+ and entertainment community.”

Outfest Los Angeles was founded by UCLA students in 1982, Outfest is the world’s leading organization that promotes equality by creating, sharing and protecting LGBT stories on the screen. Outfest builds community by connecting diverse populations to discover, discuss and celebrate stories of LGBT lives. Over the past three decades, Outfest has showcased thousands of films from around the world, educated and mentored hundreds of emerging filmmakers, and protected more than 40,000 LGBT films and videos. Outfest Los Angeles LGBT Film Festival is eleven days of world-class films, panels, and parties.