Home Opinion 2021 Starts with Drama Between COVID-Risking Queens and the Gays Who Shame... 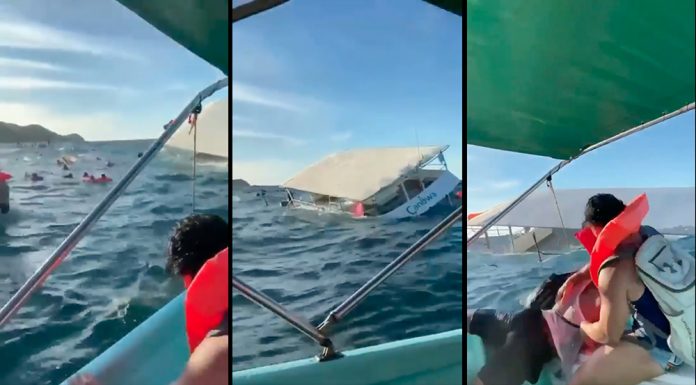 2021 is off to a dramatic start within the gay male population during the COVID-19 pandemic. The claws are out with online catfights between the COVID-risking queens who insist on gathering in large groups and partying, and the COVID concerned gays (dubbed Karens) who have no qualms about spotting, tagging and shaming them via social media.

From the calls of karmic justice when a boat-full of partying gays capsized in Puerto Vallarta on December 31, 2020 (dubbed the Boston G Party), to the partying gays that have been called out by name for cancellation purposes via Instagram accounts like @gaysovercovid, to the $500 bounty seeking information exposing the culprits behind the gaysovercovid account with the hashtag #gaysoverkaren, it’s been an interesting start to a new year. 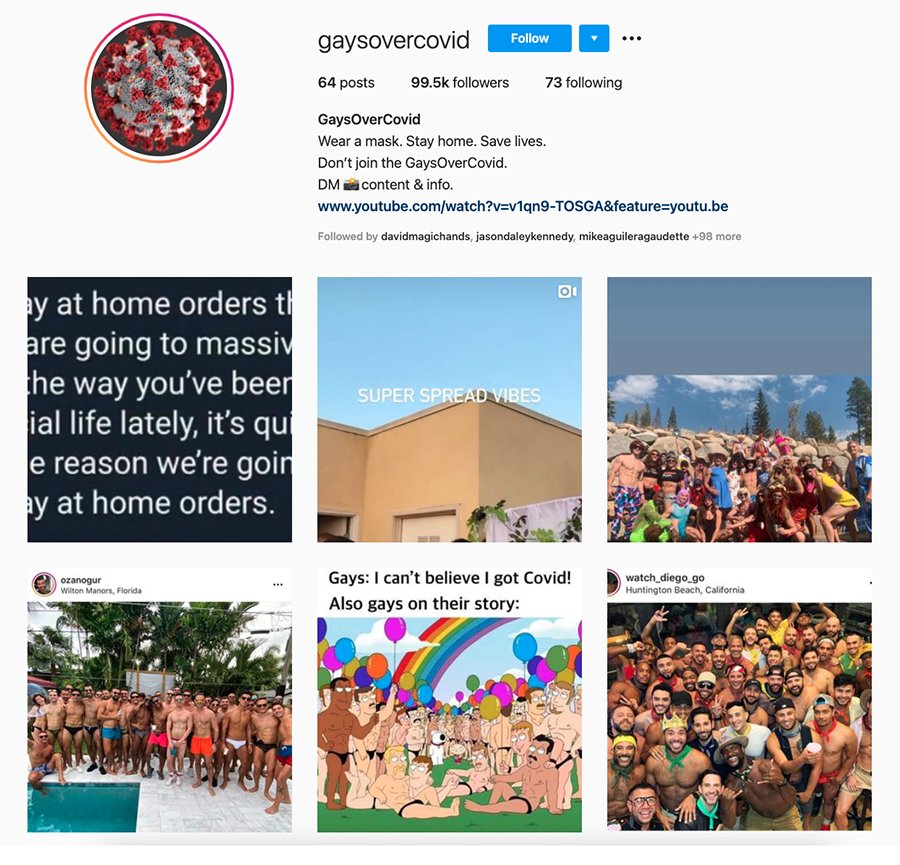 The Gays Partying in Mexico vs The Other Gays have sparked a debate about gay male culture, our dark nature, drugs, sex, steroid abuse, selfishness, flashbacks to the AIDS epidemic, sanctimony, hypocrisy and straight up slut shaming. 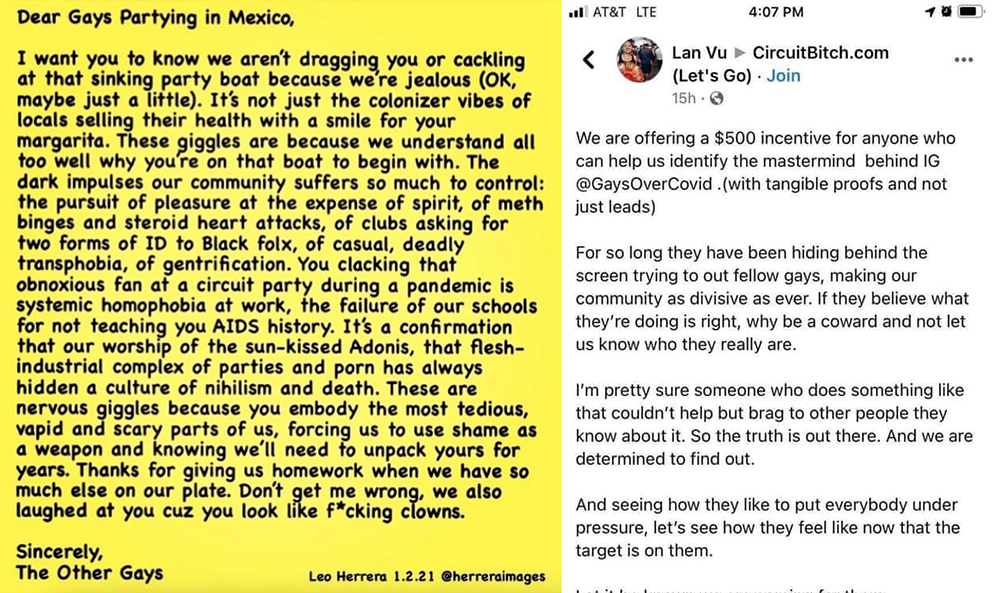 No party gay has been safe, not even the ones that are giving their harnesses a rest and following stay at home guidelines.

For example: We posted a story about the most recent condemnation of Jeffrey Sanker after he hosted a New Year’s party weekend in Nuevo Vallarta Mexico, despite warnings from health officials about the dangers of partaking in large gathering during a pandemic. The record-breaking surge in COVID-19 infections, the overly packed hospitals and devastating number of deaths in single days did not deter the White Party festivities from happening–not even when the original party location in Puerto Vallarta was banned, forcing the celebration to move to Nuevo Vallarta where profits clearly trump COVID. 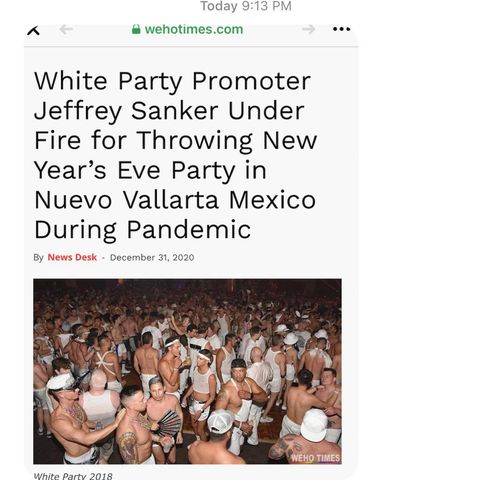 For the main photo of the article, we posted a shot from our stock of photography showing a crowded dance floor taken at the White Party Palm Springs in 2018. Shortly after, we received several requests asking us to take down that photo. Some of the men spotted in that photo were being harassed and shamed even though the caption clearly stated it was taken in 2018. These circuit guys wanted nothing to do with what was taking place in Mexico during New Year’s weekend.

“People are calling me a scumbag and telling me I shouldn’t be allowed back in the country,” said one reader. “Meanwhile, I’m over here at home in my pajamas with my dog. This is bullshit.”

“I’m dead center in that picture…” said another reader who did not want to be confused for a gay over covid. “Is there any way that picture can be replaced? I don’t agree with anything Jeffrey is currently doing and I don’t condone all actions…”

The photo was taken down.

The back and forth between the#covidovergays, vs #covidoverkarens is getting a lot press in the media. It’s not exactly showing gays in the best light.

On the one hand, older gays forget what it’s like to be young and selfish and to foolishly navigate through life like the rules don’t apply, acting like you’re unteachable, untouchable, and you can do whatever you want.

On the other hand, a lot of the COVID-risking queens who are out partying with complete disregard to the current health crisis are not that young. With the pandemic comes financial hardship. Getaways to Mexico and White Party passes don’t come cheap, so the men with the means to make these trips aren’t exactly twinks on a barista budget.

it’s been a long list of comments and heated discussions. It’s been an opportunity to dig deep and look at the lies that we tell ourselves that make us front like we are special and exempt to the rules while the world crumbles around us. We also get to look at the tools that we use to cut people down when we don’t feel they are acting right, even if we think it’s for their own good.

We gays are covering a lot of ground in 2021. And it hasn’t been a whole week into the new year.