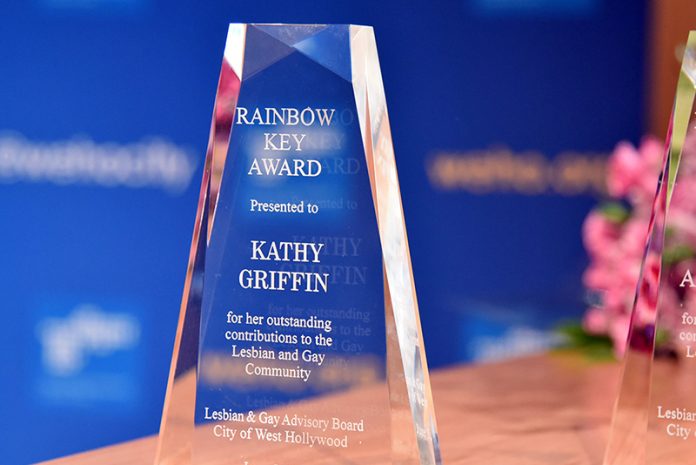 The City of West Hollywood will host the 2019 Rainbow Key Awards on Wednesday, June 12, 2019 at West Hollywood City Council Chambers, located at 625 N. San Vicente Boulevard. There will be a reception at 6 p.m., followed by the awards program at 7 p.m.

The 2019 Rainbow Key Awards will recognize people and groups who have made outstanding contributions to the gay and lesbian community.

This year’s Rainbow Key Awards will be held Each year, the West Hollywood City Council selects award recipients following recommendations made through a nomination process overseen by the City of West Hollywood’s Lesbian and Gay Advisory Board (LGAB). 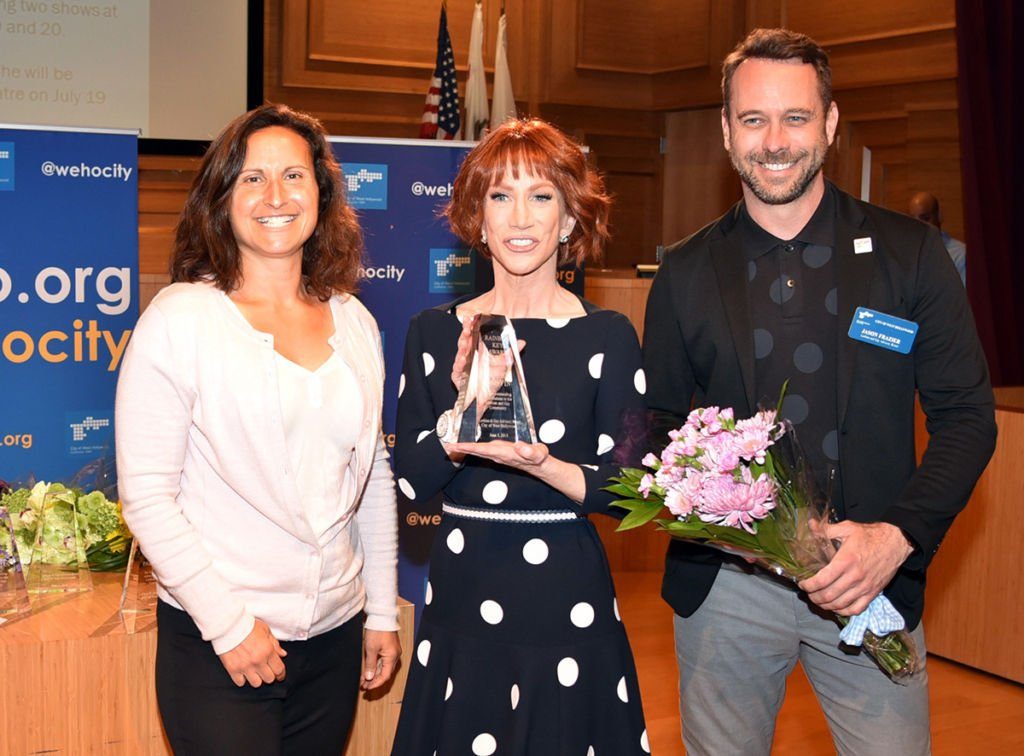 Last year’s Rainbow Key Awards included Kathy Griffin. The actor-comedian and fierce ally of the community was recognized for her efforts in helping raise more than $5 million for HIV/AIDS services and LGBTQ causes.

Beginning in 1990, the City of West Hollywood has presented Rainbow Key Awards to people and organizations which have made outstanding contributions to the LGBTQ community. Previous honorees have included activists, artists, civic leaders, educators, community organizations, and many others. Contributions, whether by an individual or a group, may be in many forms, including the arts, community action, humanitarian action, sports, medicine, armed services, leadership potential, benefit to the global gay and lesbian community, or in other ways. More than 155 Rainbow Key Awards have been presented over the last 29 years.