12-year-old Jordan Ramirez walked through the City of West Hollywood in honor of first responders and the military yesterday. He began his walk at West Hollywood Sheriff’s Station and was seen walking east on Santa Monica Boulevard towards LAPD, LA City Fire and Los County Sheriff’s Department Headquarters in Downtown Los Angeles.

He visits law enforcement agencies and fire departments on his walks which typically range from 7 to 21 miles long. He presents a thank you plaque to the department before continuing to his next stop. During these walks, Jordan wears his Young Marines uniform (from his unit in the San Gabriel Valley) and carries an American flag.

Since he began these walks, he has visited close to 200 departments and walked nearly 500 miles in combat boots.

“Our deep gratitude and honor to 12 year old Jordan Ramirez who walks in honor of First Responders and Military,” reads a social media post yesterday the @lasdwesthollywoodstation. “Today, he began his walk at West Hollywood Sheriff’s Station and walked to LAPD, LA City Fire, and Los Angeles”

According to LASD Weho, Jordan is an accomplished runner with many marathons, 10Ks, 5Ks, and other races, in which he has participated all over the world, including Egypt, Antarctica (yes, you are reading that correctly), and Australia, just to name a few.

Jordan couples his love for running and honor for First Responders and Military to do the “Thank You For Your Service Walk.”

“Jordan, today, and every day, we honor and thank YOU!” sails LASD WeHo. “You are always welcome at your new home here at West Hollywood Sheriff’s Station. Welcome to the LASD Family!”

Jordan Ramirez has done many of these walks over the last couple of years. He honored police and fire departments with a very long walk to Placentia PD after walking to La Habra PD and Brea PD in 2020, reports the Placentia Police Department on their official Facebook account. He presented the Day Watch shift with an appreciation plaque. He then took some photos and took a tour of the police facility. He was seen in Las Vegas and as far as New York City in 2021.

On April 7th 2019, Jordan broke a world record in honor of our fallen heroes, becoming the youngest person to run 7 marathons on all 7 continents by age 10.In 2020, when his races were cancelled due to Covid-19, he started the “Thank You for Your Service Walk”.

The cops locked him down. So he thanked them. Now he’s family. Tells you what you need to know about the cop mafia and what rights they care about for Americans

Kudos to this kid for finding a peaceful way of showing his support for a cause or people he is supportive of in a way that doesn’t hurt anyone. I understand he is a runner, but I would be interested to find out more about what motivated him to go out of his way like this for any certain cause.

Bravo to this kid!

Impressive! Much respect and appreciation to Jordan and all first responders!

12 year olds in BDUs (battle dress uniforms) marching to promote the interests of authoritarianism, in the rest of the world they are called ISIS❗ 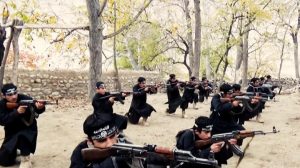 Looks like the neocons are sending a 12 year old boy marching through West Hollywood to spite the social liberalism we have here and, boost reactionary law enforcement! 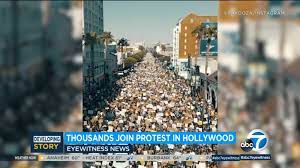