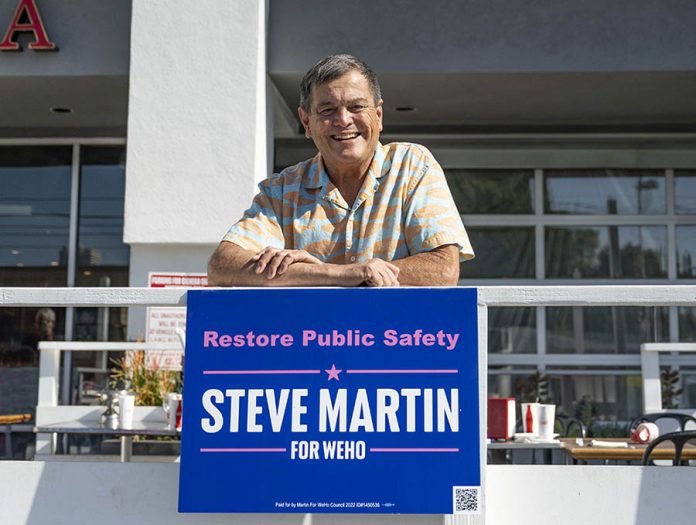 Three City Council seats will be decided in the upcoming General Municipal Election, which will be held on Tuesday, November 8, 2022. We asked West Hollywood city council candidates 12 questions as we get down to the wire the day before Election Day. Below is council member candidate Steve Martin.

West Hollywood City council sounds like a miserable job. Why on earth do you want it?

Having served earlier, I know that the job can seem thankless, but it depends on what you are looking for in the position. If you just need an ego boost, I suggest you get a dog. I found my time on Council to be one of the most rewarding experiences of my life. It is not often you are given the privilege to make a difference and the job brought out my creative instincts. As a Family Law attorney, I deal with conflict every day and part of my professional job is coming up with creative solutions.

How are you feeling right now a day away from the Election Day?

I feel real good. I have experienced such great support from friends and neighbors in this race. So we are guardedly optimistic about Election Day.

How does your family feel about your run for public office?

My husband is always a bit of a cynic but he always comes around.

What has the campaign trail been like for you?

The campaign trial has been welcoming. People want to be heard and my philosophy of governing is that you need to listen to be an effective leader.

5. Have you learned anything new about the city and its residents from your meet and greets?

The City is going through a demographic transition. It is getting younger, more affluent. On the other hand, people move here, particularly young people, in order to experience West Hollywood, its diversity, free thinking, and forward-looking lifestyle. It makes me proud newcomers want to embrace the outlook that made West Hollywood unique in the first place. I am also reminded that West Hollywood is always evolving and change is a constant. 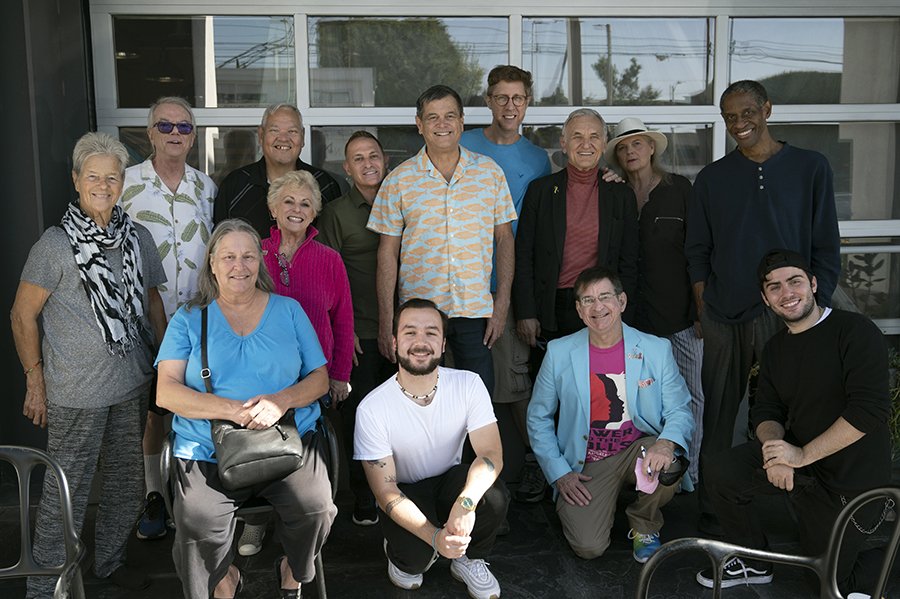 Who do you think is the Steve Martin voter?

My base is pretty broad given that I have been around since the beginning and have networked with neighborhood leaders and businesses over an array of issues over the years. I have fought to protect tenants, opposed super-sized development, to enact term limits, and have never been afraid to call City Hall out on its bullshit. I think people have embraced my independence and questioning of the complacent status quo. I ask hard
questions, but I am not afraid to change my mind when I can’t support a position based upon facts. You need to take your ego out of the decision-making equation. The residents I have worked with know my strengths, as well as my foibles, so there is a level of trust in my ability to lead.

What was the hardest thing about running a campaign in 2022?

The self-appointed power brokers have hijacked local democracy. The Chamber of Commerce, Unite Here Local 11 and the powerful land-use lobbyists who have all tried to impose their will on the community in this election. All of them have insisted that my candidacy is irrelevant and under-funded, pushing a self-serving narrative that without big-bucks or powerful patrons, you can’t win in West Hollywood. We will see.

8. Is this campaign different from your previous campaigns?

People view this race as battle over the soul of the City.  Residents who have been willing to step up and help and contribute to my campaign.  While I have always had volunteers, this time I have some truly remarkable people who have lifted a huge load off my back.  They have put in hundreds of hours to allow me to do what I do best, interact with voters.

What would it mean for you personally if you were elected into the West Hollywood City Council?

There is always a certain amount of self-validation in these elections. But I appreciate the fact that people have pointed out my years of coming to meetings and staying involved in tough City issues as the reason they are voting for me. It is sort bringing the lonely voice in the wilderness and becoming the voice of the people at City Hall. I won’t forget that it was the residents, not developers, who put me in office.

What’s your strategy on working with whoever is sitting in council in 2023?

I am going to take some time to get a sense of the lay of the land. Given the dysfunction at City Hall, I want to stop the behind-the-scenes bullying of staff by Council members and keep the process open. It is also clear that once this race ends, the race for 2024 begins. In some minds, it already has begun. But in the meantime, my job is to forge consensus when we can. City Hall is in crisis, and it could easily slip into complete dysfunction, so I need to be responsible in how I approach governing.

Where will you be celebrating on Election Night as the numbers come in?

On Election night, we will be in Rainbow District congratulating all the candidates for their hard-run campaigns.

What message do you want to send to the undecided voter as we get down to the wire?

The City is very divided and I bring an adult credibility to City Hall. I have not been afraid to show up to City Council meetings to oppose the cuts in the Sheriffs and other issues important to our safety and quality of life. I have support across the length of the City and my support cuts across demographic differences. I will always be independent as I am not taking developer money and I am not beholden to special interests. I am not positioning myself to run for higher office. We don’t need to look backward or embrace discredited leadership. My only goal is to serve and bring some sanity and stability to City Hall.