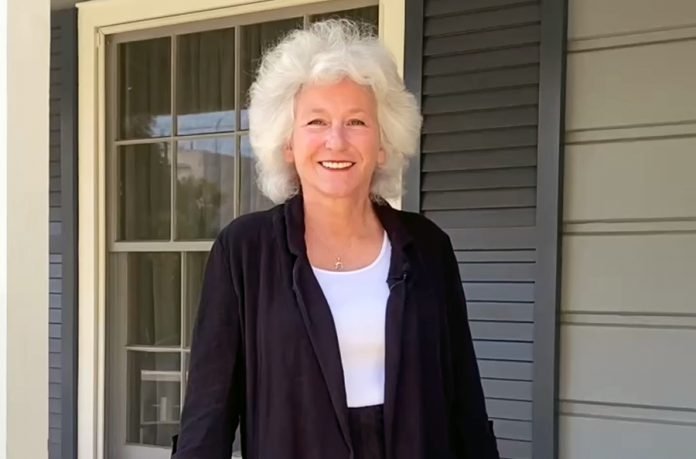 West Hollywood City council sounds like a miserable job. Why on earth do you want it?

I love this city and I really enjoy my interactions with residents, businesses, and city staff.  There are so many dedicated residents and small business owners – it is a joy to represent them.

How are you feeling right now days away from the election?

I’m hopeful – I think the residents know me and they know that my decisions are based on what’s in their best interests and the best interests of the City.

How does your family feel about you running again for public office?

My family is very supportive of my involvement with the West Hollywood community. They were so proud when I was elected to West Hollywood City Council in 2015 and re-elected in 2019. I think the highlight, though, was when I was installed as Mayor in 2016 and again in 2021. I will say, my dogs, Suki and Sammy, have not been as excited.  Campaigning is time-consuming! But luckily, my parents live with me and my sister lives nearby. They are never alone or lonely and always plenty of treats!

I had a number of Meet the Mayor Meet and Greets at the various parks, like Weho Park, Hart Park, Plummer Park, and Kings Road Park. I’d let people know and they’d show up. There were people who didn’t know me and were wowed that the Mayor was at the park with them. I was never alone, even when we had a rainy day at Hart Park, there were people out there with their dogs who wanted to come meet me. Plummer Park was very well attended with Eastside residents and others. And I also had a number of fundraising events where I got to meet my supporters — both residents and businesses.

Have you learned anything new about the city and its residents from your meet and greets?

The residents I met with were most concerned about public safety and homelessness.  That was not surprising. Residents were also concerned about some of the newer developments in the pipeline and how they might impact their neighborhoods.

Who do you think is the Lauren Meister voter?

I think people who vote for me tend to be informed on the issues. They know that I am looking out for all residents – not just one particular group. That’s why I am very thoughtful when making policy and land use decisions. I spend hours reading our Council meeting packets because every decision we make has serious consequences – for better or worse.

What was the hardest thing about running a campaign in 2022?

I’ve noticed more disconnected home numbers – likely due to a decrease in landline usage, and less people opening their doors when door knocking. I actually found my “Meet the Mayor” meet and greets to be the best way to interact with residents.

Is this campaign different from your previous campaigns?

Yes, this campaign is very different.  This is my first November election, which meant getting out my message to a larger number of voters as, historically, more people vote in November elections than in March elections.  It’s also been more expensive! In the 2019 election, I spent about $50,000; this election will be closer to $95,000.

What would it mean for you personally if you were elected again into the West Hollywood City Council?

I have a strong interest in emergency preparedness and community resilience. Working on improving public safety – including how deputies interact with the community, is also important to me.  Reducing homelessness is another priority – and if the County is not meeting expectations, then I will advocate for redirecting Measure H funds to the individual cities. I also want to ensure that initiatives I have put forward over the past 8 years are implemented in the way they were intended.

What’s your strategy on working with whoever is sitting in the council in 2023?

Anyone who knows me knows that I will make an effort to work with colleagues by finding common ground. For instance, after I was elected in 2015, John Duran and I worked on small/legacy business initiatives, John Heilman and I worked on closing loopholes in our Rent Stabilization Ordinance, Councilmember Horvath and I worked on creating the Urban Design and Architecture Studio.

Where will you be celebrating on November 8th as the numbers come in?

We’ll be at the Abbey for an informal gathering as the numbers come in.

What message do you want to send to the undecided voter as we get to the final countdown?

I would suggest to the undecided voter to look at my experience and compare it to that of the other candidates. West Hollywood is facing serious challenges and will require councilmembers with an in-depth knowledge of the community. I also would say to look at my record and theirs (if they are on commissions or boards) – Votes speak volumes. I’m proud of my voting record and will continue to be an independent voice on the West Hollywood City Council.