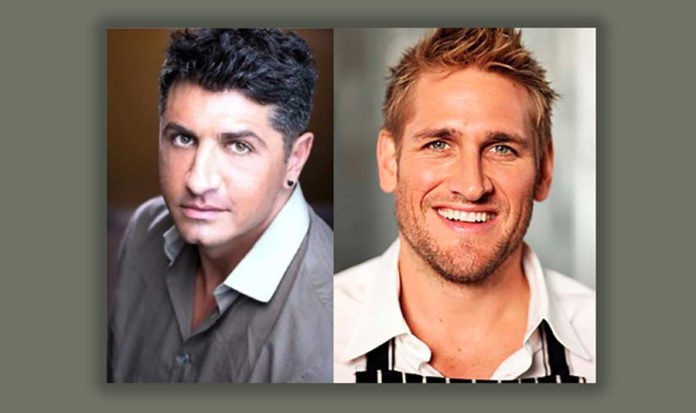 Since his humble beginnings in his native Australia, Curtis Stone, nicknamed “The Quiet Terminator”, has become a world-renowned superstar chef. He started cooking alongside Marco Pierre White, who was the youngest man in the world to be awarded 3 Michelin stars. He has had several television shows, written half dozen books and owns two restaurants in Los Angeles, Maude in Beverly Hills and Gwen in Hollywood.

Modesty aside, how would you describe yourself?
I take life and the world pretty lightly and try to see the funny side of things. At least that’s who I hope I am. And for as busy as I get, I’m a family man – love my kids, love my wife.

You grew up in Australia where you started your career before going to London, a city not famous for its food. Can you dispel that myth?
London is a fabulous food town. It’s a melting pot of cultures plus plenty of Michelin-starred restaurants. I just don’t buy it when people say London has poor food. The city’s got cred.

Aside from being a renowned and celebrated chef, your prolific career includes television shows, publishing books and countless appearances. Does the celebrity factor ever become too much?
I wouldn’t say it’s too much because I enjoy it. If I didn’t, I wouldn’t be doing it. It’s nice doing television in Los Angeles because we’ll shoot during the day and then when we wrap, I can head to the restaurants in time for service. I really do love the energy of the kitchen, which is why it was important to me to open my own restaurants.

For those of us unfamiliar, please name a few authentically Australian dishes?
Beef and pork roasts are big for us Aussies. And the pavlova is a classic Australian dessert. I also love a good sausage roll.

How is the Los Angeles palette different than other major cities?
Los Angeles has a sophisticated palate because there is so much food here. I am happy to see the city finally being recognized as a culinary destination and coming into its own. It’s cool to be able to head to K-Town and eat incredible Korean food then pop over to a food truck for a few tacos. It’s just going to keep getting better.

Aside from your restaurant Maude in Beverly Hills, do you have a favorite eatery in LA?
I’m a big fan of Asian food, probably because I don’t really make it for myself. Luv2Eat is a great Thai place just down the block from my restaurant, Gwen, in Hollywood. Some of those dishes are HOT, I mean, fiery hot. But it’s my new favorite.

What’s new on your play list?
It’s constantly changing. I listen to Morning Becomes Eclectic on KCRW when I’m in the car headed to work. I’m always finding new music there.

What’s your favorite charity or cause?
I’ve been working with Chrysalis since we opened Maude in 2014. It’s an L.A.-based nonprofit working to give low-income and homeless individuals second chances through employment.

What exciting project do you have coming up?
We’re revamping the Maude concept so we’ll close the restaurant for a couple of weeks at the beginning of the New Year and reopen with quarterly menus based on wine regions around the world.

Tell me a secret-a good one.
Then it wouldn’t be a secret.